How much would you pay to learn how to do a proper fiberglass repair? Given that it’s a pretty important skill to have when your home happens to be a boat made out of the material, I figured that if I were to invest $150.00 to acquire this knowledge, it would be money well spent. Now to be honest, I wasn’t really paying our friend Alvin to teach me how to do this type of repair. Rather, we had employed him to fix a crack on our boat which has existed for the past two years. In my mind though, while he was making that repair, I was going to school.

Note: Other than the couple of times that we have taken sails to a loft to have professionally sewn, and the two refrigeration mechanics that we had visit our boat to get our fridge working again (note that it took two, because the first one didn’t do it properly), we have never paid anyone to work on our boat. We have either done it all ourselves or had friends lend us a hand. In spite of my desire to “do it myself,” I knew that this job was beyond my limited fiberglassing skills. Next time though, I’ll be prepared. 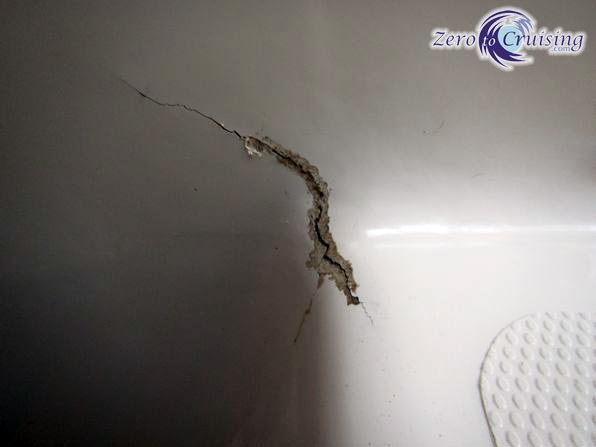 I first wrote about this crack two years ago. 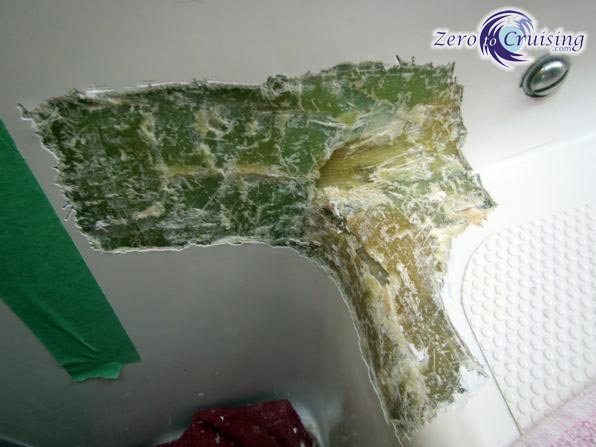 Step one was to remove the gelcoat and some of the fiberglass material underneath it.
It was apparent at this point that the repair that I had attempted to do from behind the crack was doing absolutely no good. 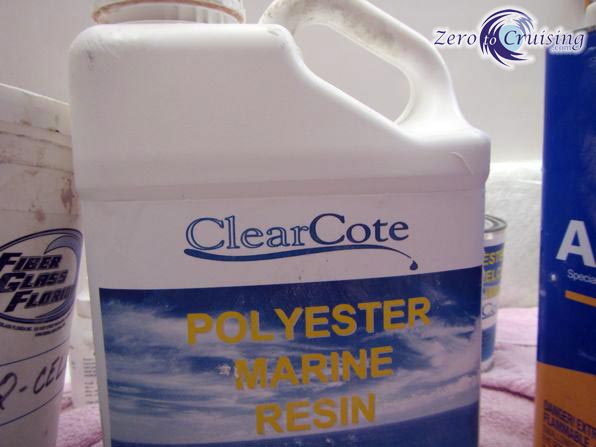 A paste was made up of polyester resin, hardener… 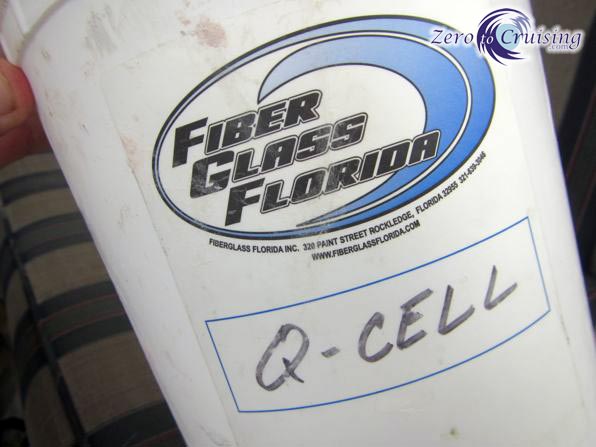 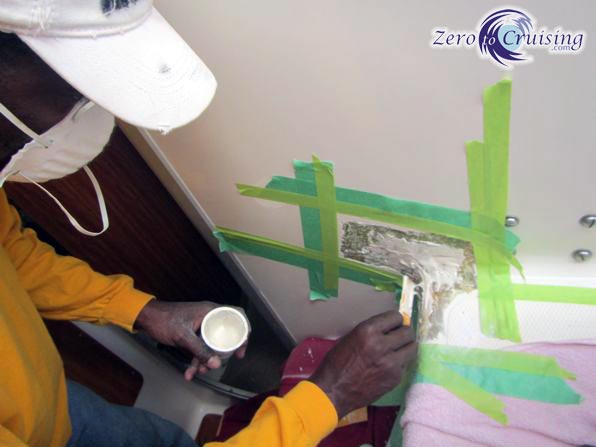 …and was used to fill all of the voids. 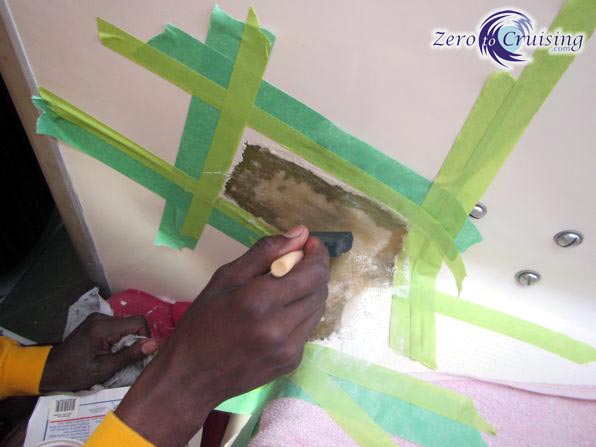 Many layers of fiberglass mat were then laid in, wetted out with more polyester resin. 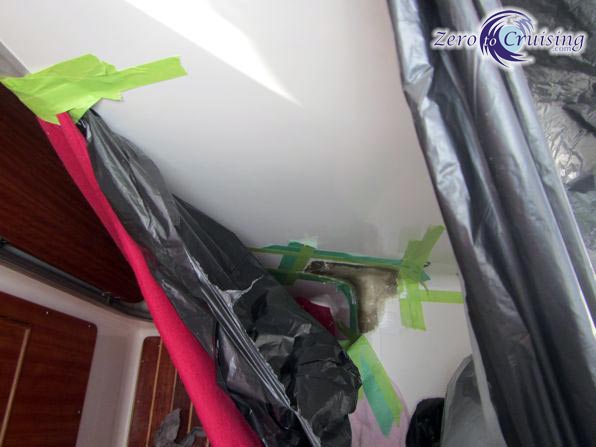 Before sanding we tried to block off the area as best we could to
limit the dust that would be released into the boat. 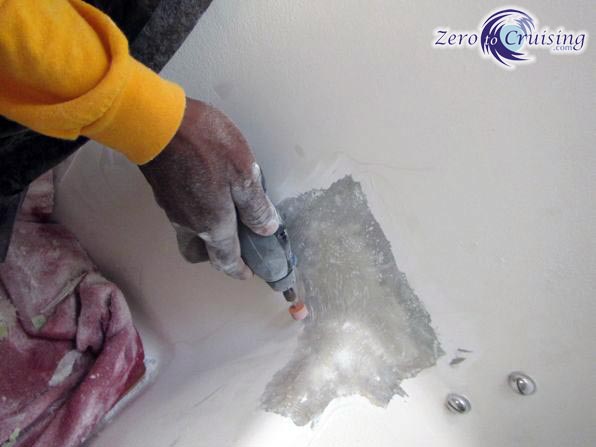 A sander/grinder, and then later a Dremel

tool, were used to sand the edges smooth. 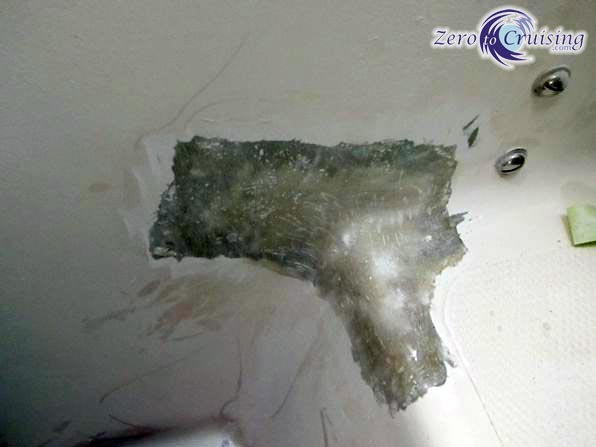 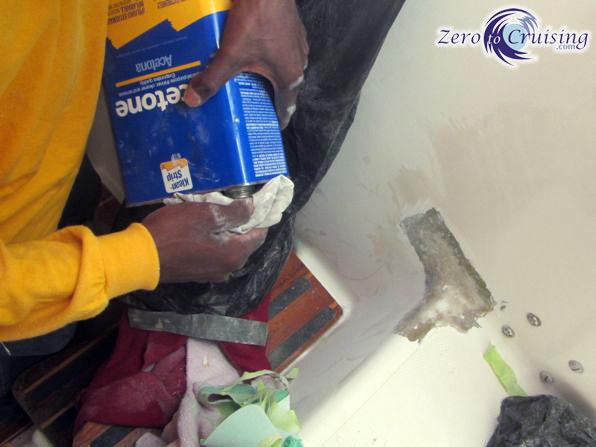 Acetone was used to clean the surface before we began and in between each of the steps. 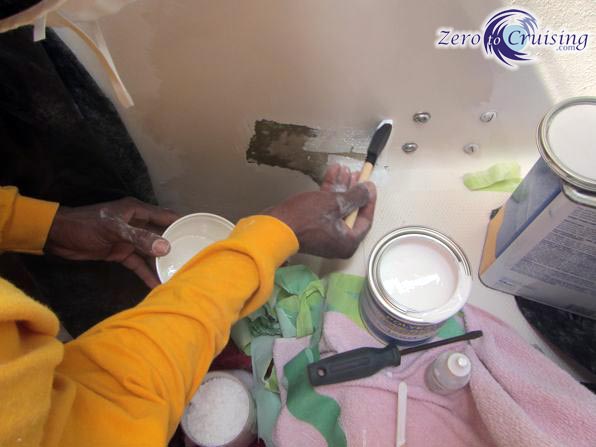 A paste made up of white gelcoat with wax, hardener and West Systems 403 filler was then applied. 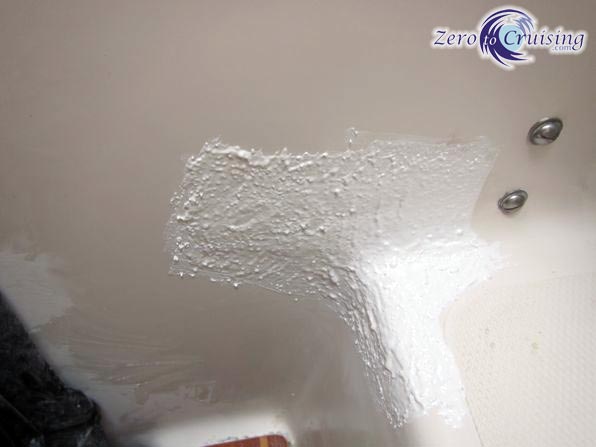 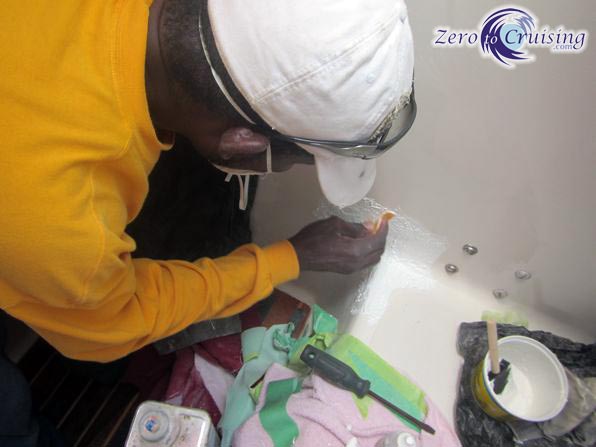 Smoothing the paste out a bit. 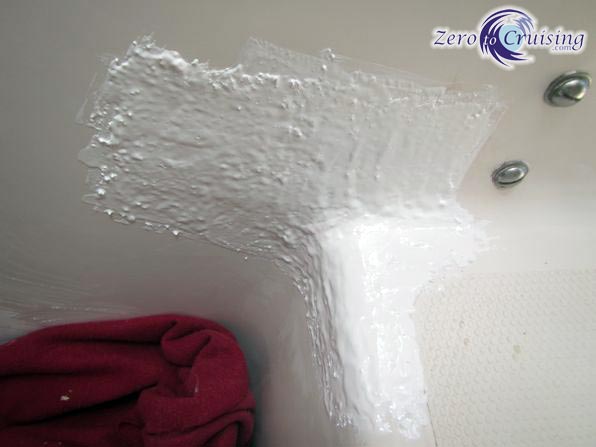 Another coat of gelcoat, this time without the filler, was then applied. 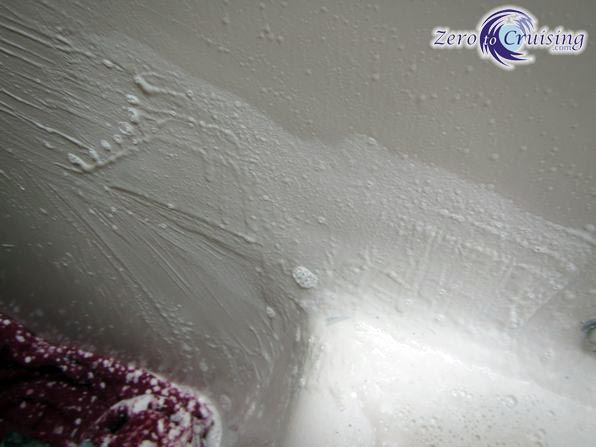 MUCH wet sanding then took place, first with course sand paper and then later, with much finer material. Here you can see the area after having been sprayed with soapy water. 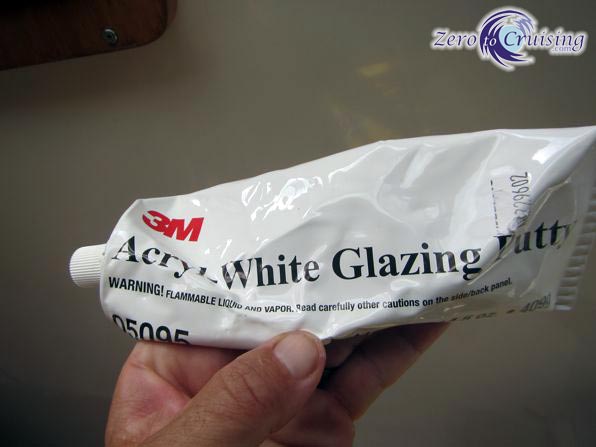 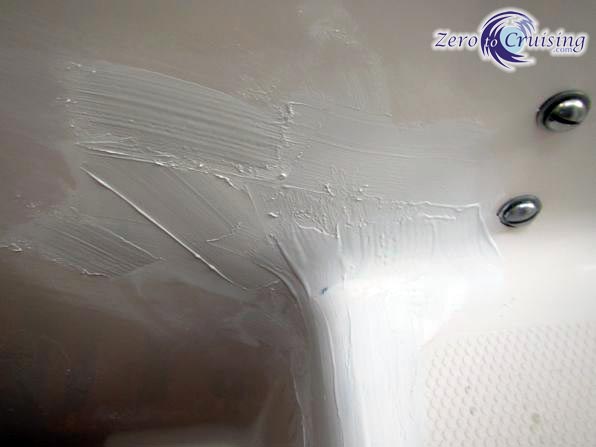 …was used to fill any low spots. Again, more sanding! 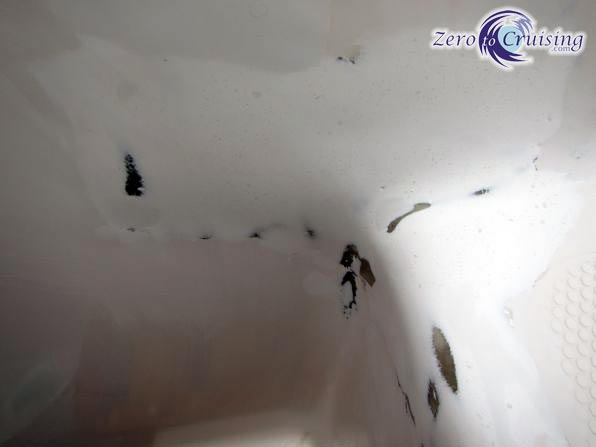 After a lot of sanding. 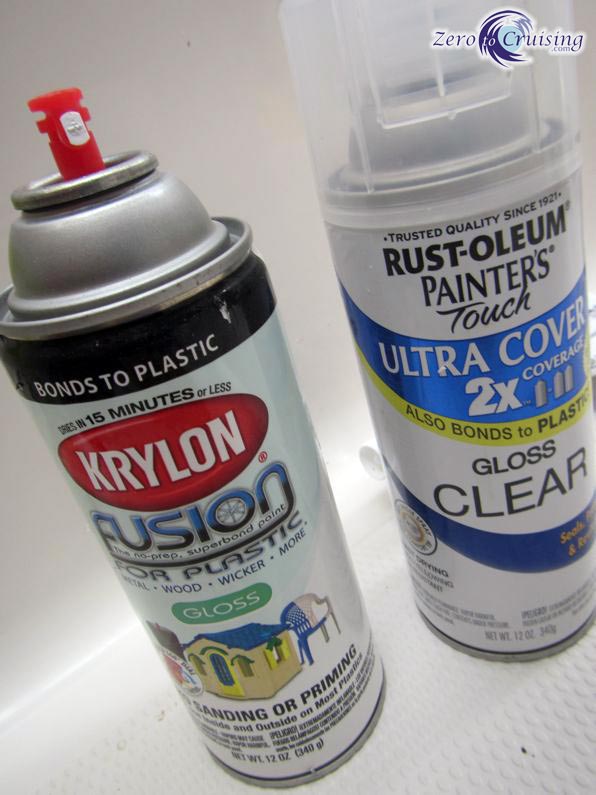 Finishing touches were added with paint… 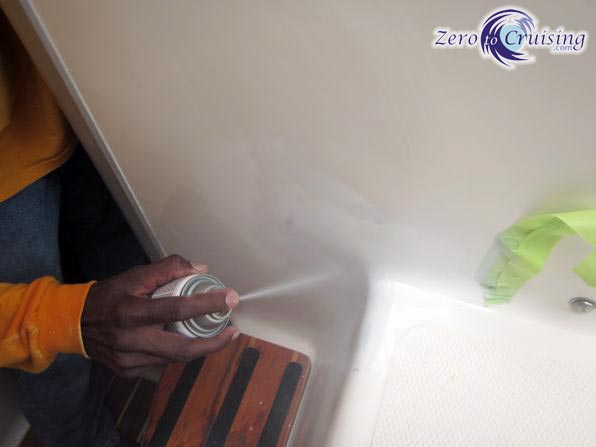 and a glossy clear cover.

Is it perfect? Can you see where the repair was made? It is extremely difficult to match the gelcoat color exactly so yes, if you know where to look and study it carefully, you can where the repair was made. It looks much better than it did though and more importantly, the area which was obviously laid up much thinner than the rest of the boat has had its strength increased. Hopefully this will prevent any future problems. Thanks, Alvin!

DSLR or mirrorless: which would be best for us?