While neither of us were born in Kingston, Ontario (Rebecca hails from a town in Ontario called Deep River, and I’m from a small city east of Kingston called Brockville), that’s where our journey together started out. It was in Kingston that we first met and fell in love, and also there that we made a living running a martial arts gym, a business that I operated since 1987. 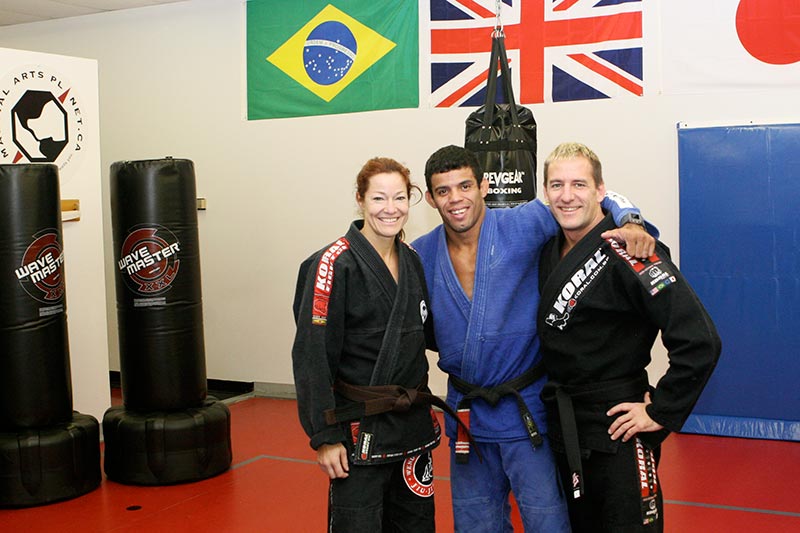 Rebecca and me with of our coaches, Wagnney Fabiano, at our gym in Kingston. Photo 2007.

Our standard description for how we ended up on a boat is that we came up with the idea one night while sitting in our hot tub, after consuming 1 too many glasses of wine. While it’s true that we may have joked about the idea of cruising on a few occasions prior to that fateful evening, that really was when the actual decision to sell all of our stuff and go sailing was made. In fact, it was that same night that we came up with the idea of documenting our journey from non-sailors to cruisers, and if I recall correctly, we may have even registered the domain name for our website, Zero To Cruising, on that night too. That was October 2008. 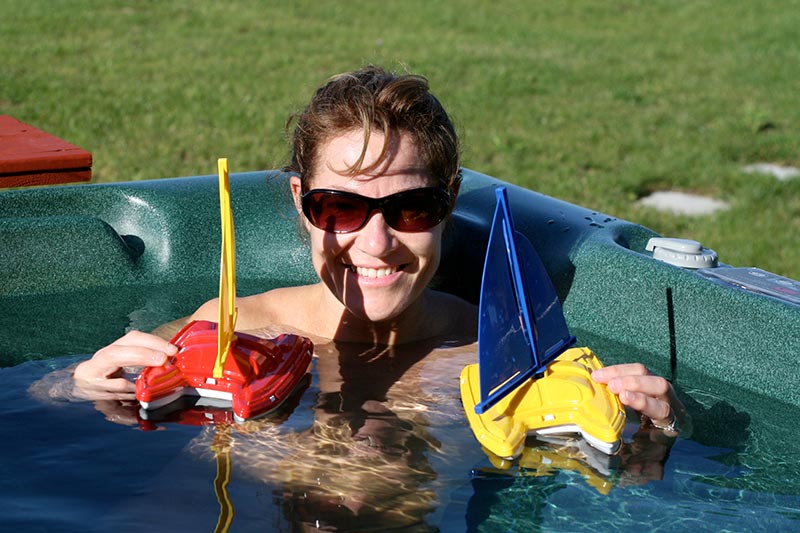 Man, I miss this hot tub!

A couple of days after that turning point, we booked ourselves in for a 7-day learn-to-cruise crash course, mostly to solidify in our own minds that we’d actually enjoy the sailing thing. It’s important to note that neither of us had any experience to speak of at that time. We completed the lessons that we paid for over the Christmas holidays in 2008, and upon returning home to Kingston, immediately listed our house for sale.

As luck would have it, our house sold much more quickly than we had anticipated. We had an offer shortly after listing it for sale, and the deal closed not long after that. The months between the time that we returned home from our sailing course, and when we moved out of our house, were a whirlwind of activity. We spent almost every free minute boat shopping online, while simultaneously continuing to sell near everything that we owned. When the real estate deal ultimately closed, still with no boat, we found ourselves homeless. So, for the next four months, until we purchased our first vessel at the beginning of July 2009, we lived out of a closet in our gym. Yes, a 8’x8′ storage room, and we did so without letting anyone become the wiser! 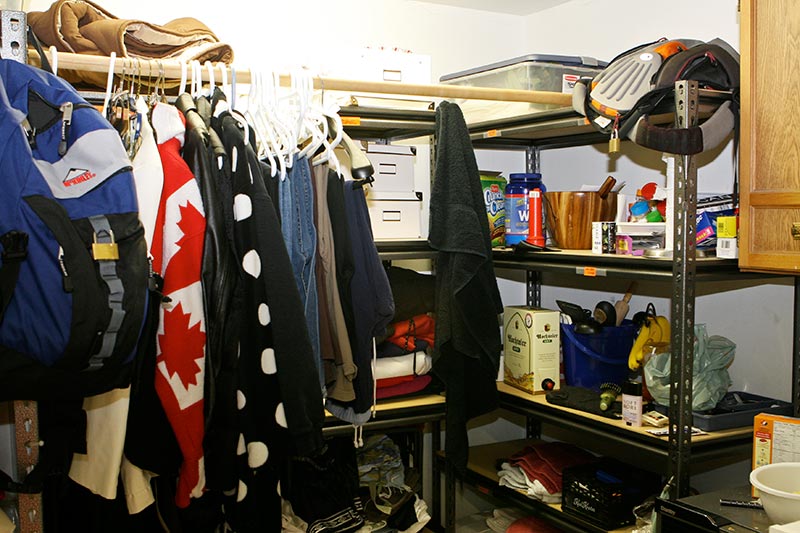 Near everything we owned was stored in this closet.

Selling our business, an entity that’s value was based largely upon the good will that Rebecca and I generated, was the toughest part of our transition to seafarers. It took a full year to find people suitable to take over, and to iron out the details of the transaction. So, while continuing to run the business, and later, helping with the transition of the gym to the new owners, we lived on board our newly purchased boat, a PDQ 32 catamaran.

From July 2009 until July 2010, minus the coldest winter months where we stored the boat on shore, we worked hard to polish our newly-acquired, but still very crude, sailing skills. At the end of July 2010, with only two friends to see us off, we left our home base, Collin’s Bay Marina, and set off across Lake Ontario to begin our journey south to the Caribbean. Since that pivotal morning, we’ve never looked back. 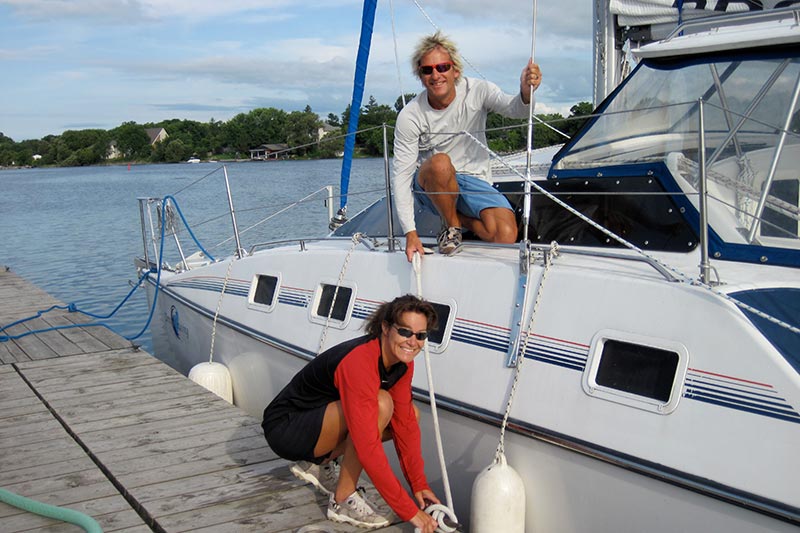 Casting off the lines to leave Canada, ready to head south.

Note: The above text and images was originally posted on January 12, 2017.