For weeks and weeks just about everyone we spoke to wanted to know if we were “getting excited yet.” Well, now that we are actually on our way, I will admit to feeling a bit excited. Facing the unknown and having new experiences multiple times each day is exciting!

It was said that if we set off cruising on the day that we said we would, we would be the first couple ever to do so. Not only did we do that but we were at the fuel dock gassing up exactly at 8 AM when it opened, just as we said we would. Our good friends Terry and Anneke were there to see us off. Thanks guys. We’ll think of you often. 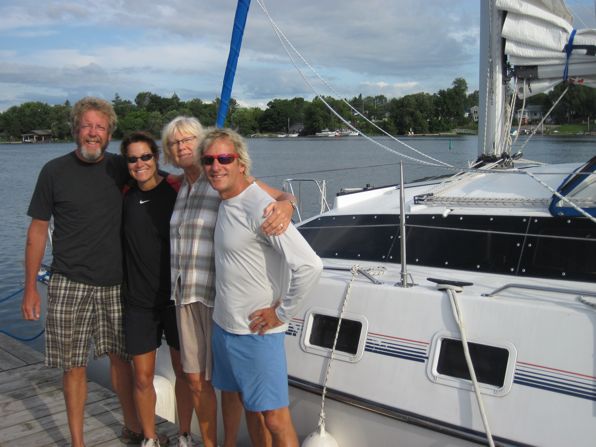 Hopefully, while cruising, we’ll meet a few people who are almost as cool as these two!

Plan A for Saturday was to head towards Main Duck Island and if the anchorage was suitable, stay there for the evening. As much as I make fun of sailboats motoring, with the wind on the nose and big waves to bash into, we had to resort to using our engines to make any time at all. We had heard that the Main Duck anchorage, Schoolhouse Bay, might be hard for even us to get into. It was a tight fit and yes, it sure was shallow! When we initially set our anchor we realized that we set it totally against the wind. Why? Because the boat beside us was facing that way. Upon realizing our mistake we retrieved it and did it over again, backing away from the wind. We had so little room to play with we it set minimal scope. Rocky did a great job though and held us firmly, even when the wind picked up and shifted right into the bay in the morning. 🙁 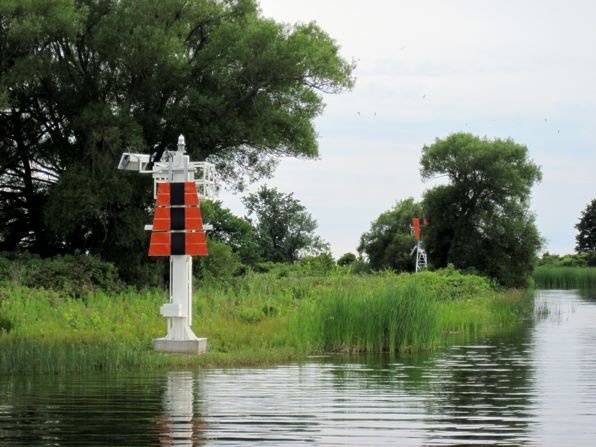 Range markers which show the safe path in and out of Schoolhouse Bay. 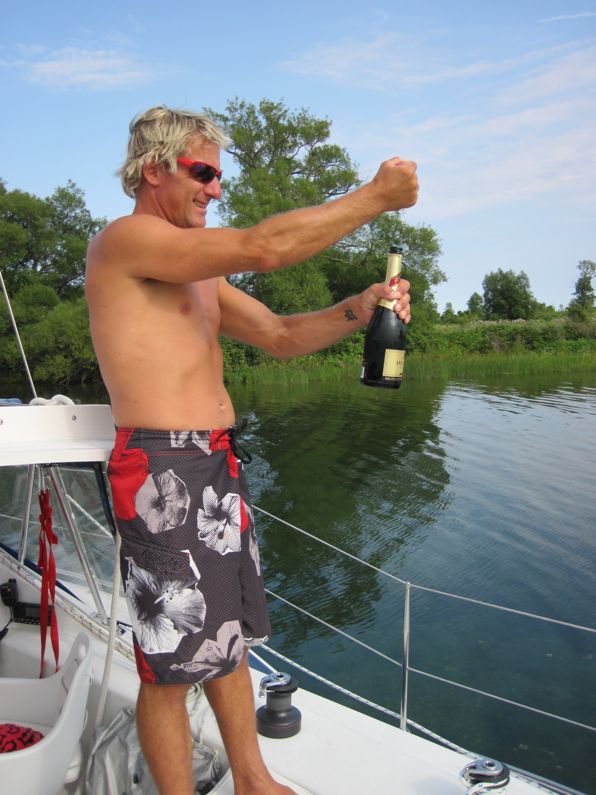 Remember that boat I just mentioned facing the wrong way? He never moved. Ever. They were obviously stuck in the mud but apparently the couple on board didn’t care. Bizarre! 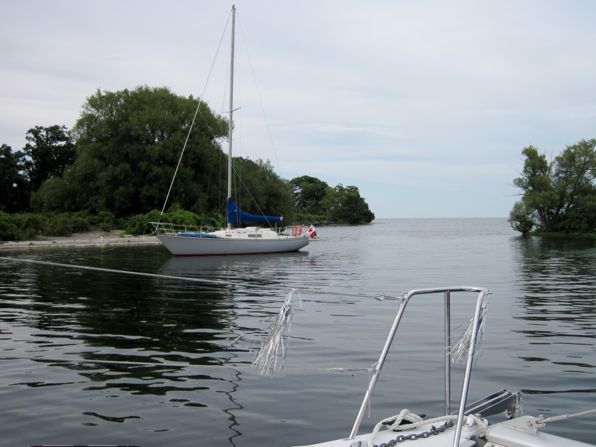 Notice how our boat is pointing (that’s the bow) and how their flag and our bird thingies are flying. That guy is STUCK!

We took our dinghy to shore and explored the island. Whereas the large snapping turtles circling our boat kept us out of the water in the bay, the swimming on the west side of the island was awesome. Too bad we had a two mile walk back to our boat after getting all cooled off. 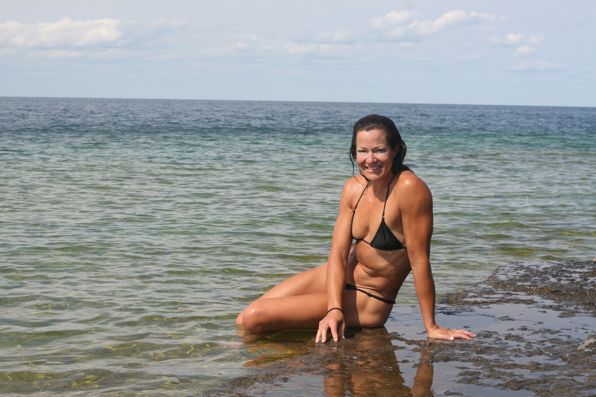 Chillin’ on the rock beach. 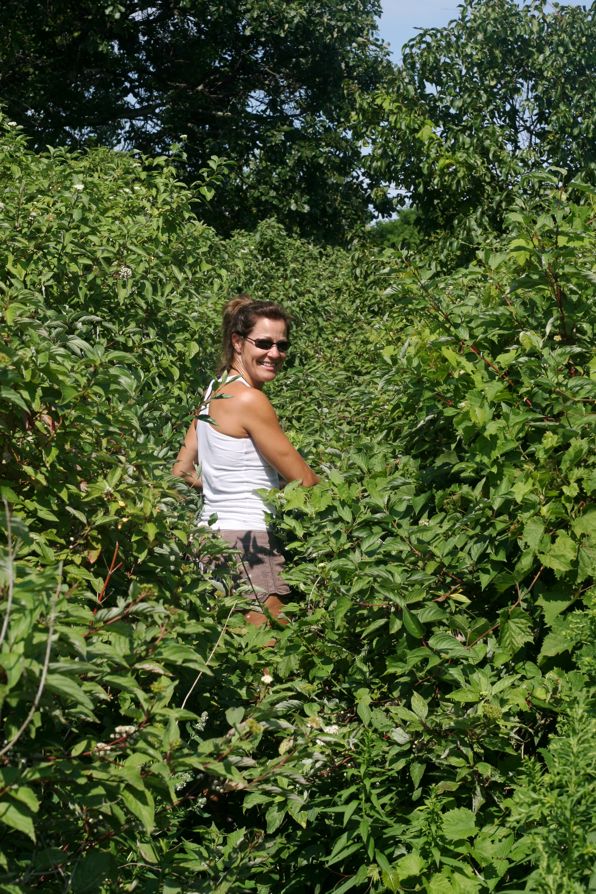 Rebecca’s idea of a shortcut. 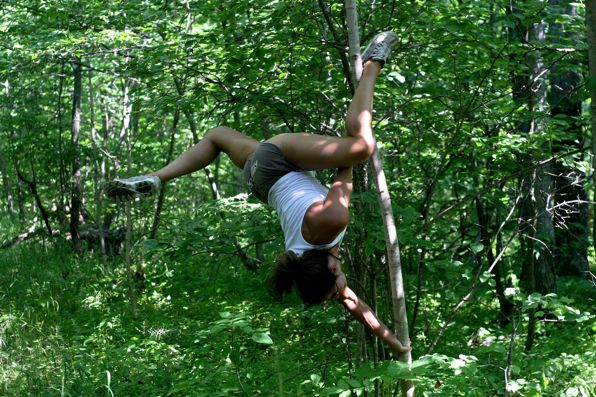 She got us so lost she tried to climb a tree to see if she could find our way out. 🙂

Today’s itinerary had us leaving Main Duck at 5:00 AM. Yes, you read that right. It’s still dark at 5:00 AM kids! Our fantastic chartplotter has a cool feature though which automatically saves our tracks into an anchorage. Getting out is as simple as following the course, much like playing a video game.

If the trip to Main Duck was unspectacular, the trip to Oswego, where we are now, was one for the record books. We were on one tack all the way with winds mostly in the 10-12 range. We were making 8 knots or better a large chunk of the trip, without using any gasoline. Perfect! 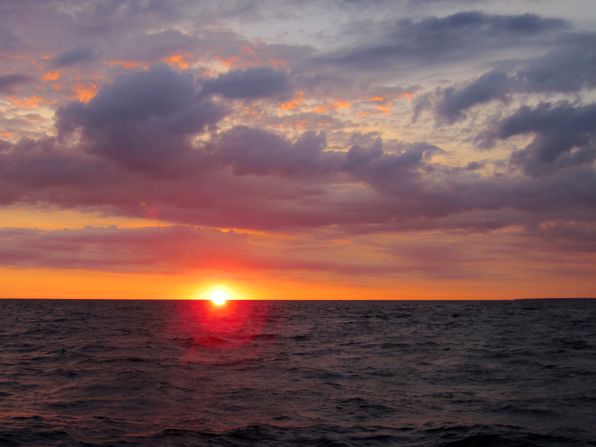 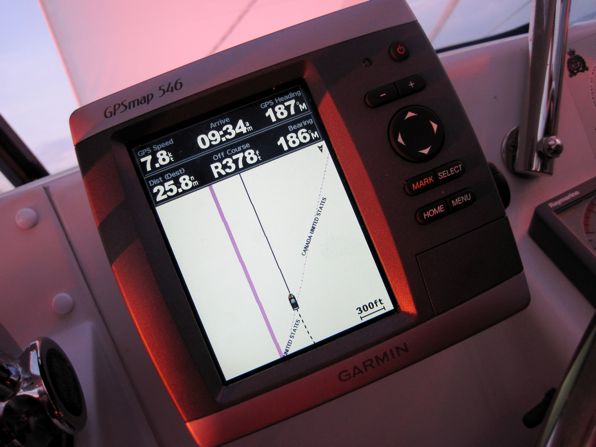 You have now entered the US of A!

We arrived and docked at the Oswego Marina just before 11 AM and within an hour of that time, had the boat just about stripped and ready to unstep the mast. Sails were stowed and lines were secured. It took only a bit of extra time to sort out our mast racks. Coincidentally, when we visited the “mast rack graveyard,” we found some boards from Loonacy II’s racks. Rest assured we’re putting them to good use, Neil and Marilyn! 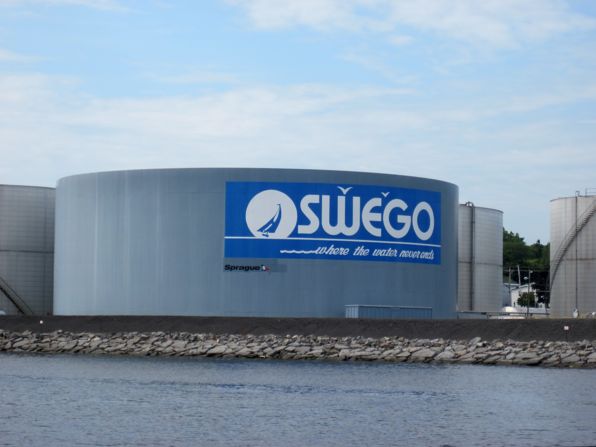 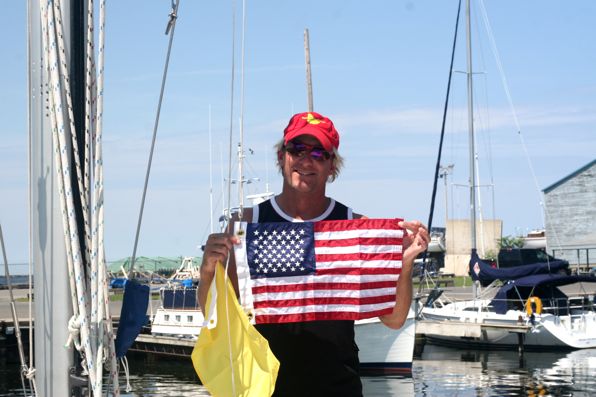 Raising the US courtesy flag after clearing customs. The customs agent was quite concerned that we didn’t have a telephone!?!? 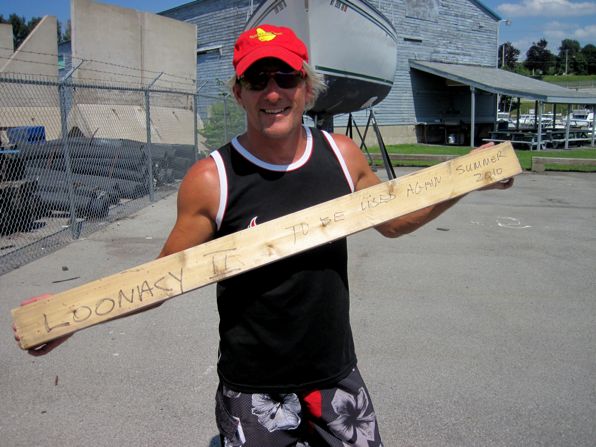 Thanks Neil and Marilyn. 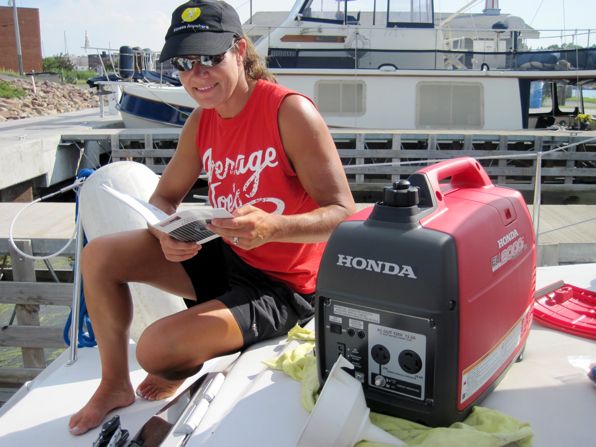 Yes, we finally got our Honda generator. I am happy to report that it functions properly!

Tomorrow we’ll be taking down our mast and heading into the canals. We went for a walk up the street to the first lock and had a nice chat with one of the lock-masters. I know we’re going to enjoy this part of our trip! 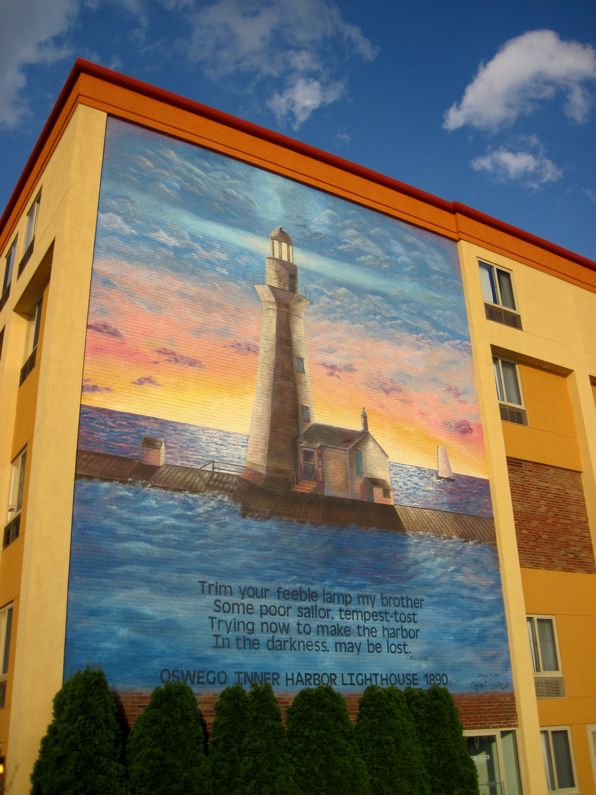 Join our virtual crew and help us win!