When we left our boat to meet up with our friend David yesterday, our plan was to hike to the top of Pic Paradis, the highest point on the island of St. Martin. No doubt because we have to do so when sailing, we have learned to leave our plans open to change. Once we met up, David explained that he had other ideas on how we should spend our day.

Instead of hiking to the top of the mountain from the starting point at Loterie Farm, a popular tourist destination here in St. Martin, David offered to treat us, not only to lunch at their very cool restaurant but to their Fly Zone Extreme zip line adventure. This excursion is something that Rebecca and I had really been wanting to do but were on the fence with respect to spending the money. Now, with David offering to treat us, how could we possibly say no?

Now David may say that he had an ulterior motive for treating us, that being that he wanted us to help him transport some heavy spare parts to the top of the mountain where he maintains an antenna tower. We think the truth is that he just wanted to go zip lining. And who wouldn’t, it was a blast! 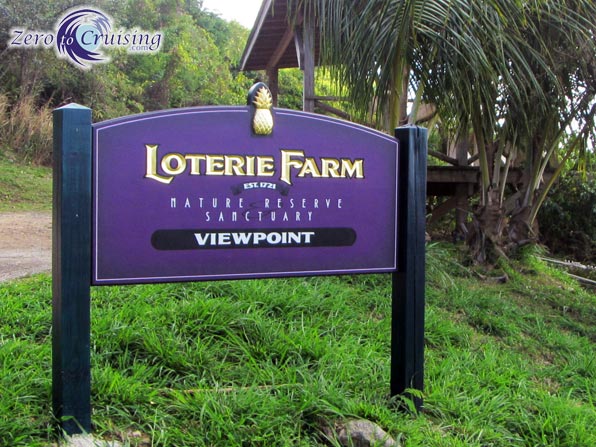 The starting point, high above Loterie Farm’s base. 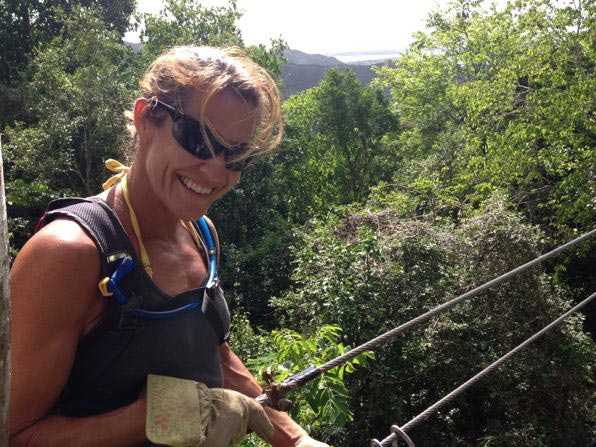 Rebecca is all clipped in for safety. 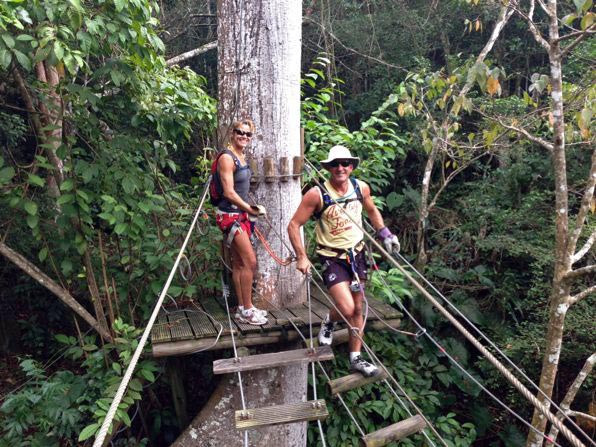 We ended up at the front of the group. Imagine that. 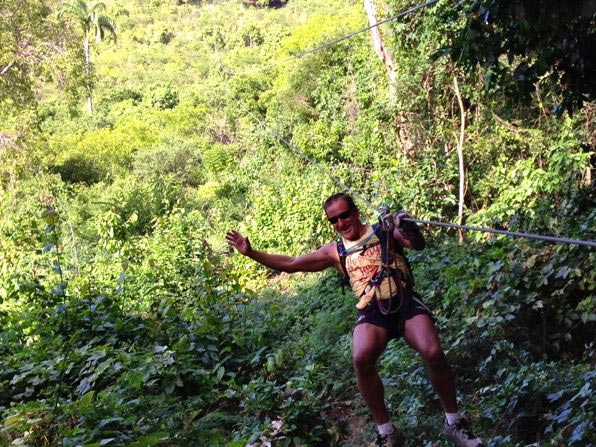 Many of the zip lines were quite long and offered spectacular views. 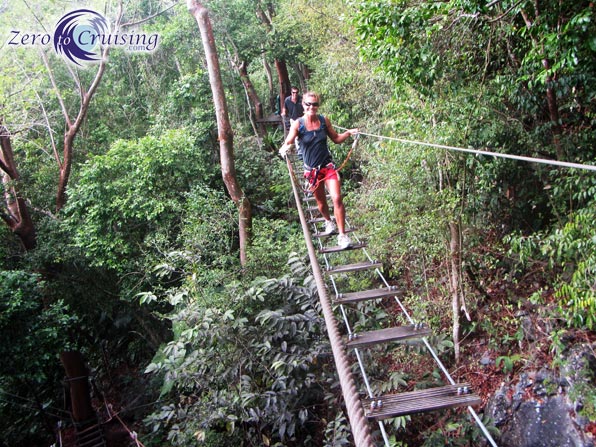 In addition to the zip lines, there were multiple suspension bridges to cross. 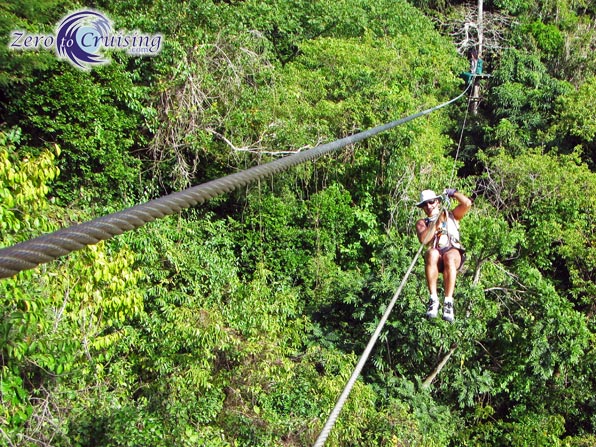 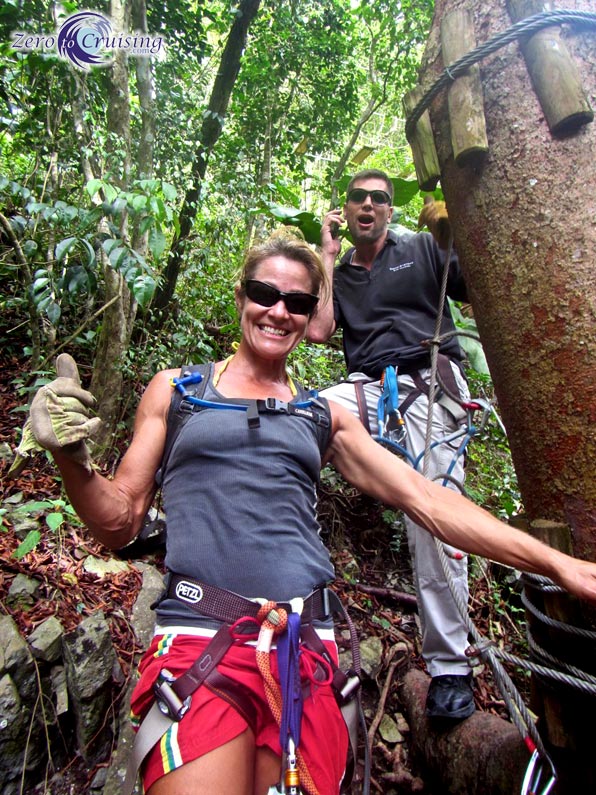 David kept getting phone calls while we were up in the trees. 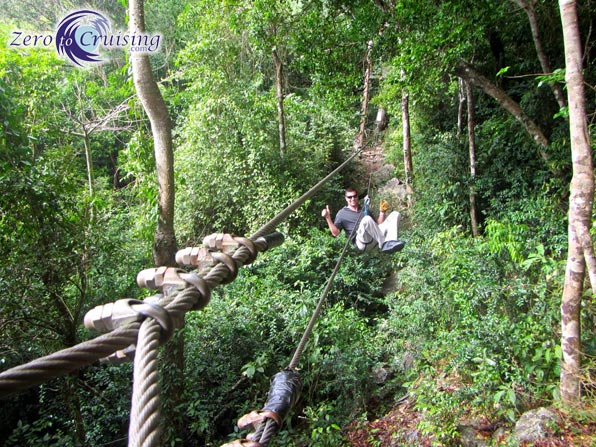 He doesn’t look too scared. 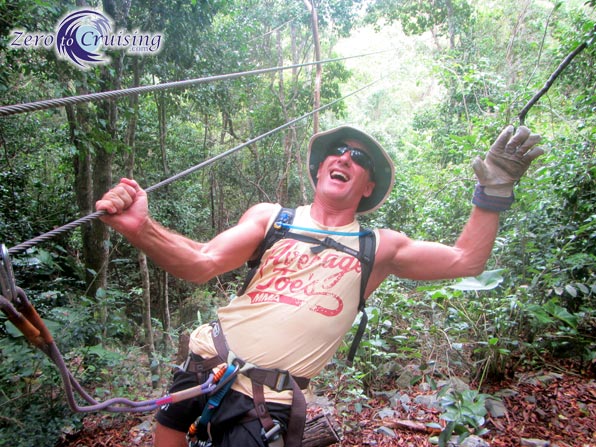 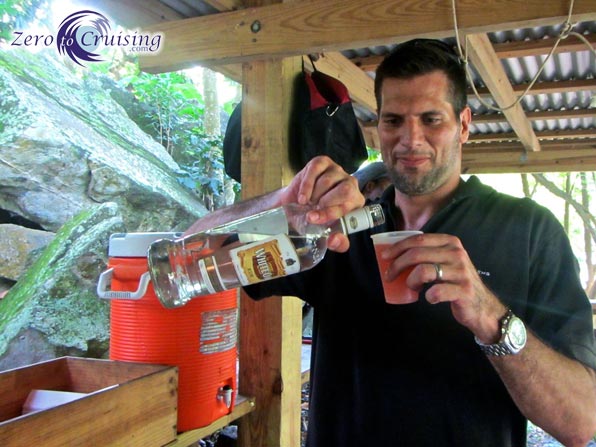 Celebratory rum punch at the end of the trip. 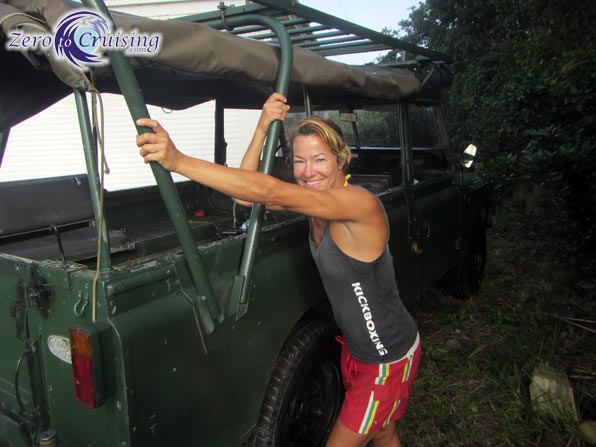 Following the zip line adventure, we travelled to the top of the mountain in the Land Rover that David acquired from the Dutch military. 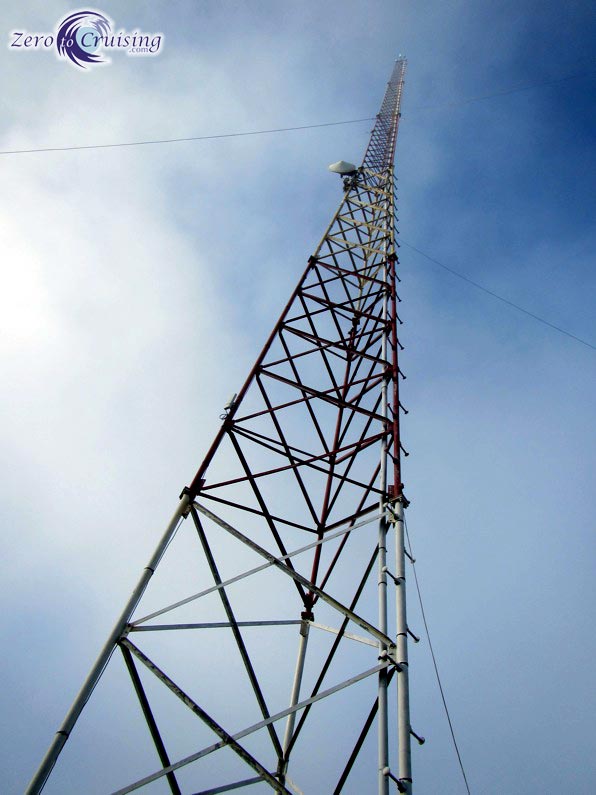 The antenna tower that David’s family owns on top of the mountain. 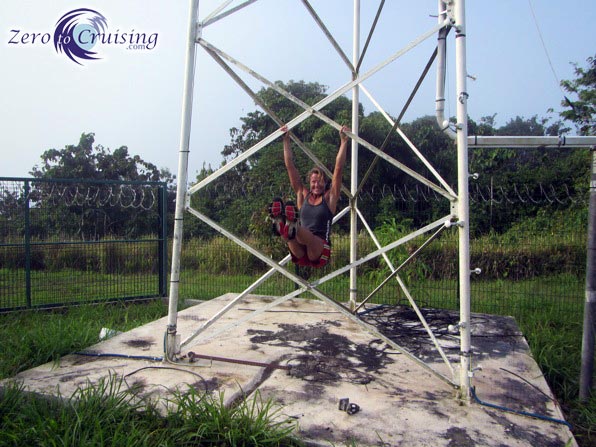 No, Rebecca, it is not an exercise device. 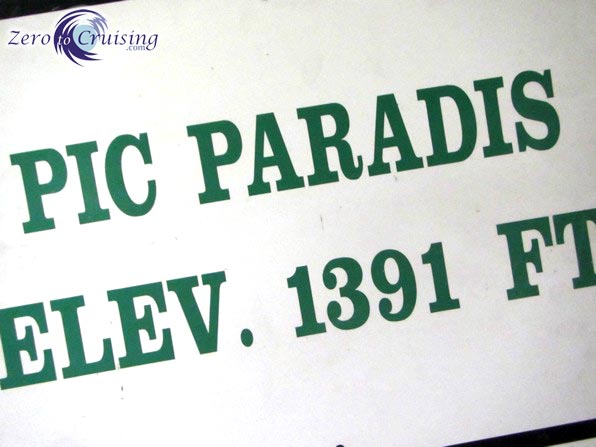 Well, we may not have hiked there but we did make it to the top. 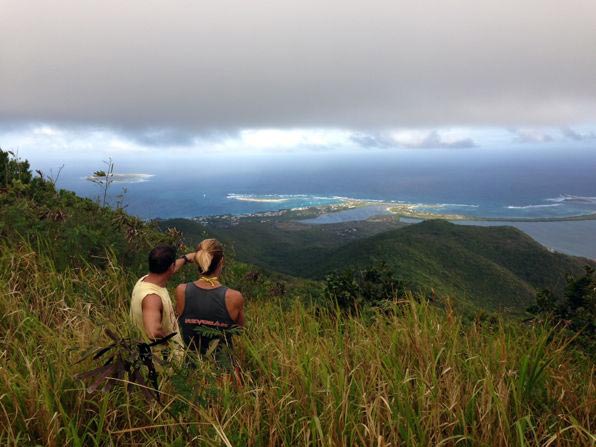 And the view was definitely worth it!