In my last post, I promised you a story about an adventure. On this, the 1-year anniversary of the day that we began our own bike trip, I think it’s an especially fitting time to share the details about a truly epic cycling journey. Unfortunately for us though, the adventure that you’re about to read is one that we were only able to experience from the sidelines. It’s the story of how our cycling friend Carlos did something that virtually everyone said was impossible: riding across the Darien Gap. 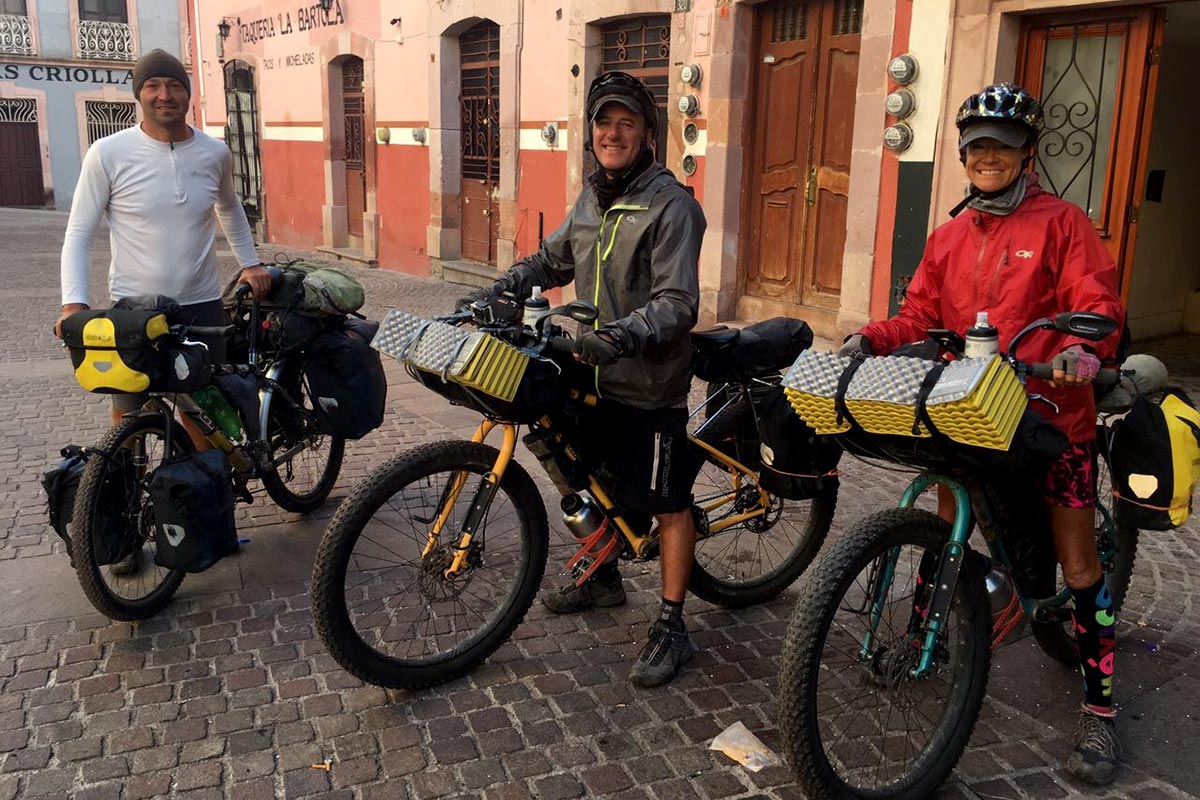 Carlos, Rebecca, and me setting off from Zacatecas, MX. Although we would go our separate ways shortly after this photo was taken, we would later meet up again in Mexico City and then once again in Oaxaca.

Months prior to the point where we were forced to put our bicycle journey on hold (notice that I didn’t say quit), we had been dreaming of an “impossible” challenge. I put impossible in quotes because that is what most everyone would tell us, that it couldn’t be done. The challenge was to cross the Darien Gap with our bikes, the only section in the Americas not connected by roads.

For those unfamiliar with the area, the Darien Gap is a swath of jungle separating Panama from Colombia. For various reasons, some political and some physical, the jungle there has never been tamed by a highway. Those wishing to travel between the two countries are largely left with two modes of transportation to choose between: boats or planes. That is not to say that the Darien had never been crossed on foot because, as I learned, it had been done many times. Several cyclists had reportedly dragged their bikes across the jungle too although detailed reports of their trips seem non-existent.

Rebecca and I began making plans to see how we could tackle this challenge and as our cycling friend Carlos was in the area, also heading south, we talked with him about the three of us doing the trip together. As I like to do before taking on any new challenge, I searched the web and read everything that I could. I purchased a copy of the book Crossing the Darien Gap and even corresponded with the author, Andrew Egan, who was kind enough to supply us with info and sketches of maps that he used when he traveled across the Darien.

Coincidentally, during the time that I was researching all this, I learned of the journey by 4 motorcyclists riding from Alaska to Argentina who had made plans to, themselves, tackle the Darien. I was eager to see how they would manage this feat with such heavy bikes and so followed along as they regularly posted on social media. After they somewhat successfully completed their trek — one of the bikes didn’t quite make it out of the jungle — I reached out to gain whatever info I could from them. Kindly, one of their team members took the time to share what he could. 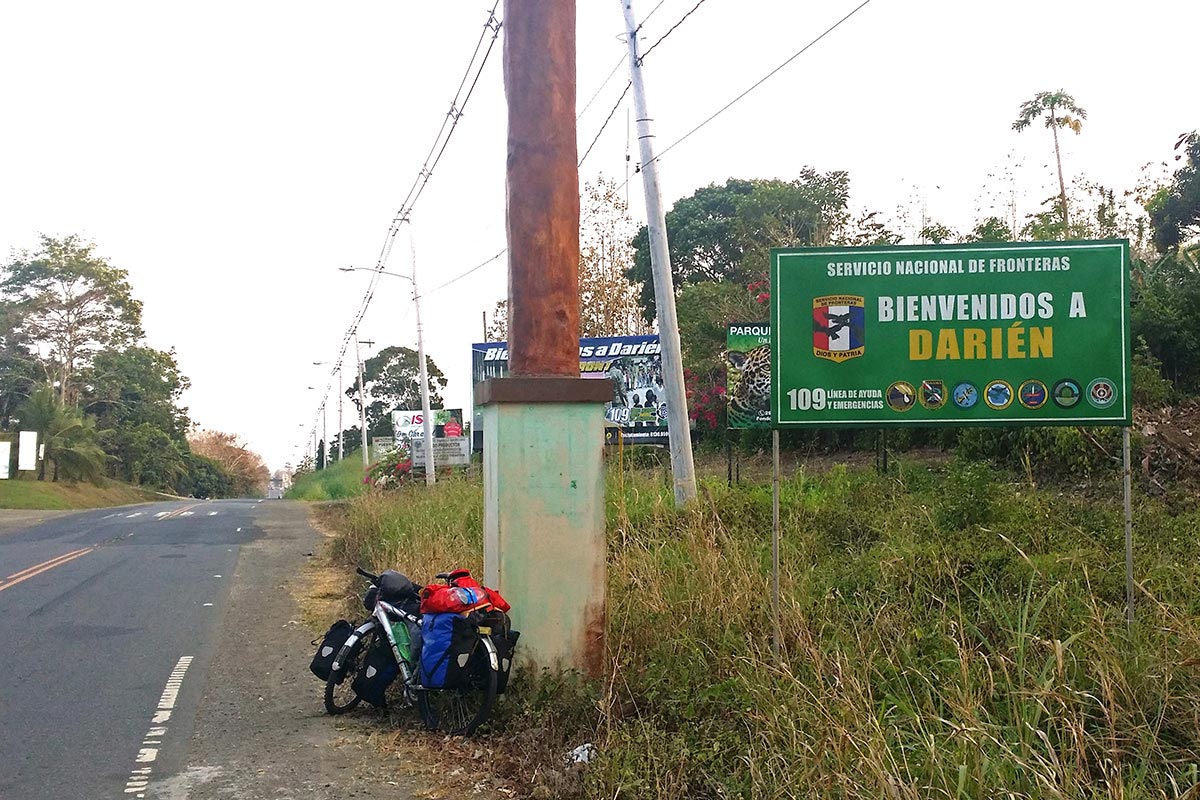 Carlos in the Darien region of Panama.

He did it on his own!

In spite of all this research, we ended up pulling the plug on our own trip when we were in Costa Rica. This left Carlos to complete the journey on his own and he did just that! Of course, traveling solo is nothing new for Carlos as he has already cycled a good portion of the world by himself. He actually prefers to travel that way.

We were fortunate in that Carlos continued to correspond with us at every opportunity so even though we weren’t there riding (suffering!) with him, that did allow us to live the adventure somewhat vicariously. It also allowed us to keep loose tabs on him, just in case something went wrong, not that we would have been in much of a position to help him if it had.

As Carlos does not presently have a website, nor is he on social media (gasp!), he has given me permission to share his detailed story (it’s in .PDF format so Right Click and Save as…). I think you’ll find, just as I did, that his story of traveling across the Darien is nothing short of epic, as is the drama that he dealt with after arriving in Colombia! It’s a long read but one that I’m sure you’ll enjoy. Please note that English is Carlos’ third language so unless you are also fluently trilingual, ignore the typos.

Rock – sand, you don’t have to put on the red light!