Rebecca’s chilly adventure at the lakes

Rebecca is never satisfied unless she’s pushing the envelope so it was inevitable that just admiring the lakes around where we’ve been living wasn’t going to cut it. No, she had to have a challenge and swimming the length of one of the lakes was what she set her mind on. On Labor Day weekend, shortly after 9:00 AM, she donned a borrowed wetsuit and with me and two of our friends watching over her from a nearby ski boat, waded into the water at the north end of Wood Lake.

Her destination was over 6 km south and as I expected, the cold temperature would be her biggest challenge. Only a third of the way through the swim, Rebecca began having significant difficulty feeling her hands and feet. Although we didn’t let on, each time she paused to raise her hands out of the water, trying to regain some feeling in them, the concern from us spectators increased. When she ultimately made her way onto the beach at the south end of the lake, some 3:40 minutes later, she was borderline hypothermic! She had, however, achieved her goal, surprising none of us. Given how long it took her to warm up after the ordeal, I think it’ll be some time before she attempts another long-distance cold-water swim. 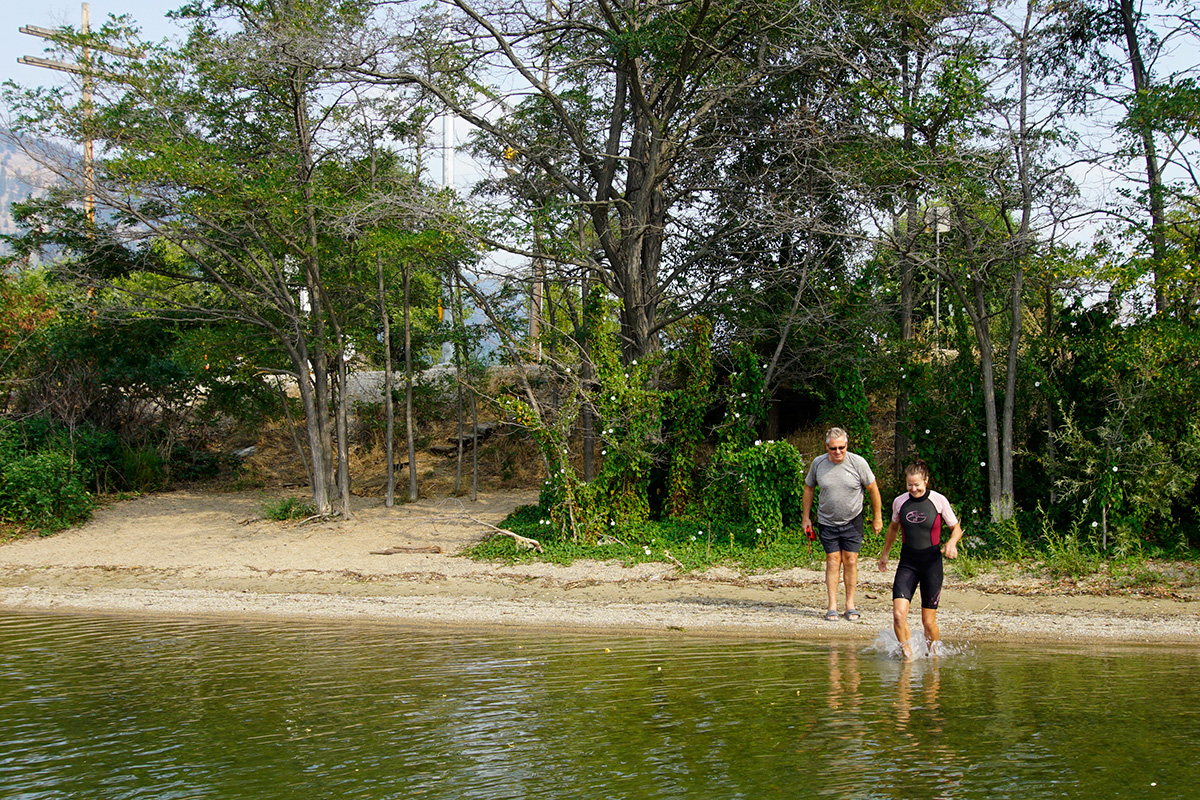 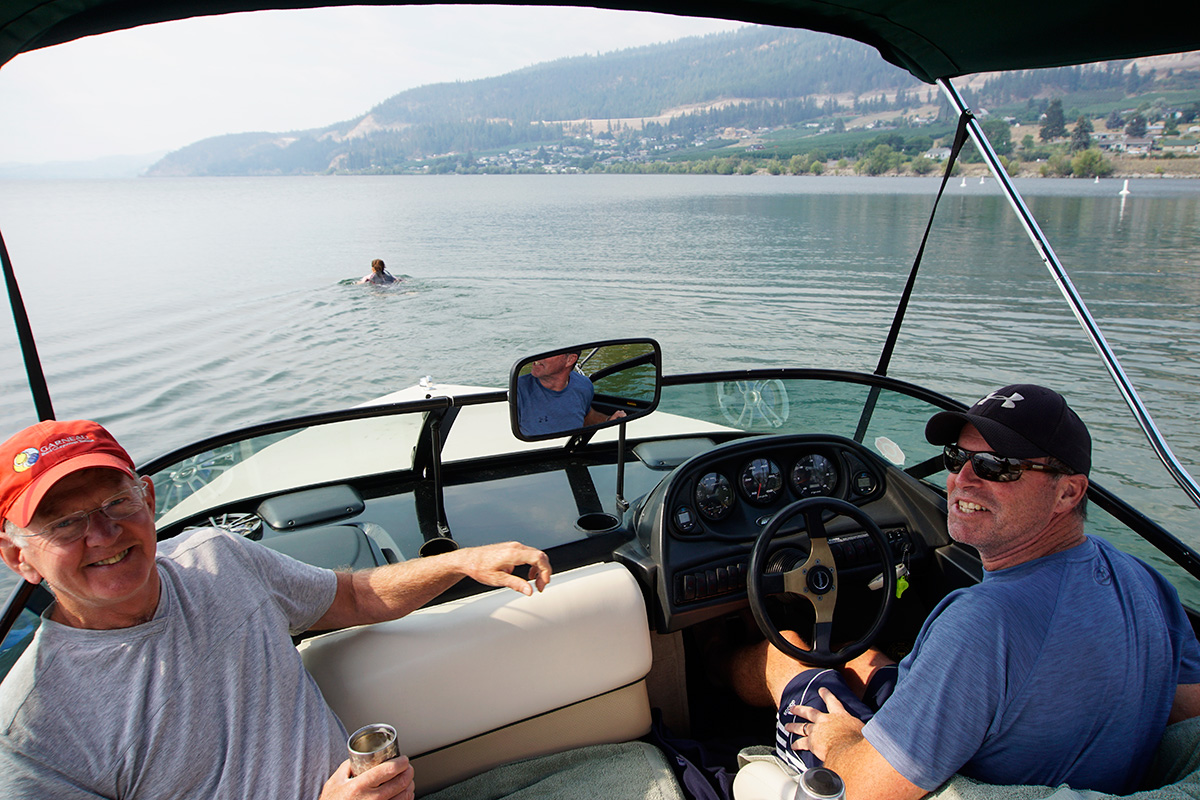 Thanks to Bob and Greg for accompanying Rebecca on her swim! 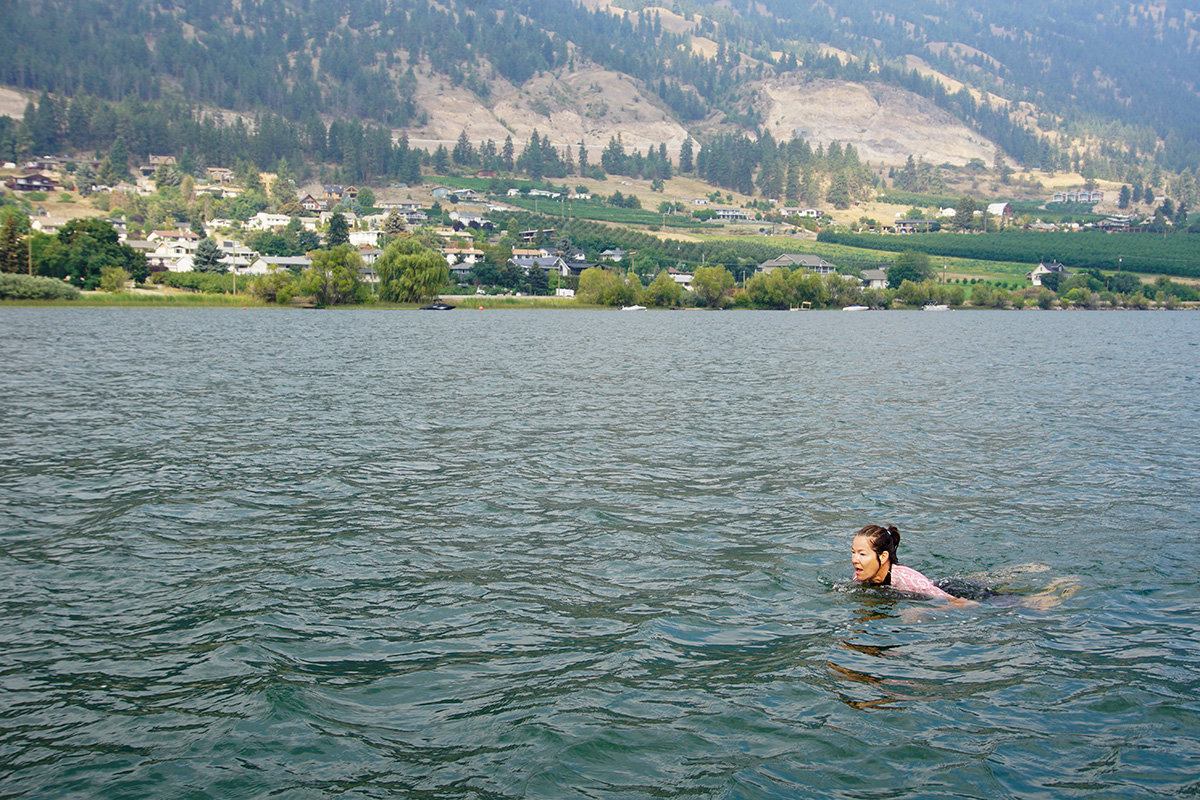 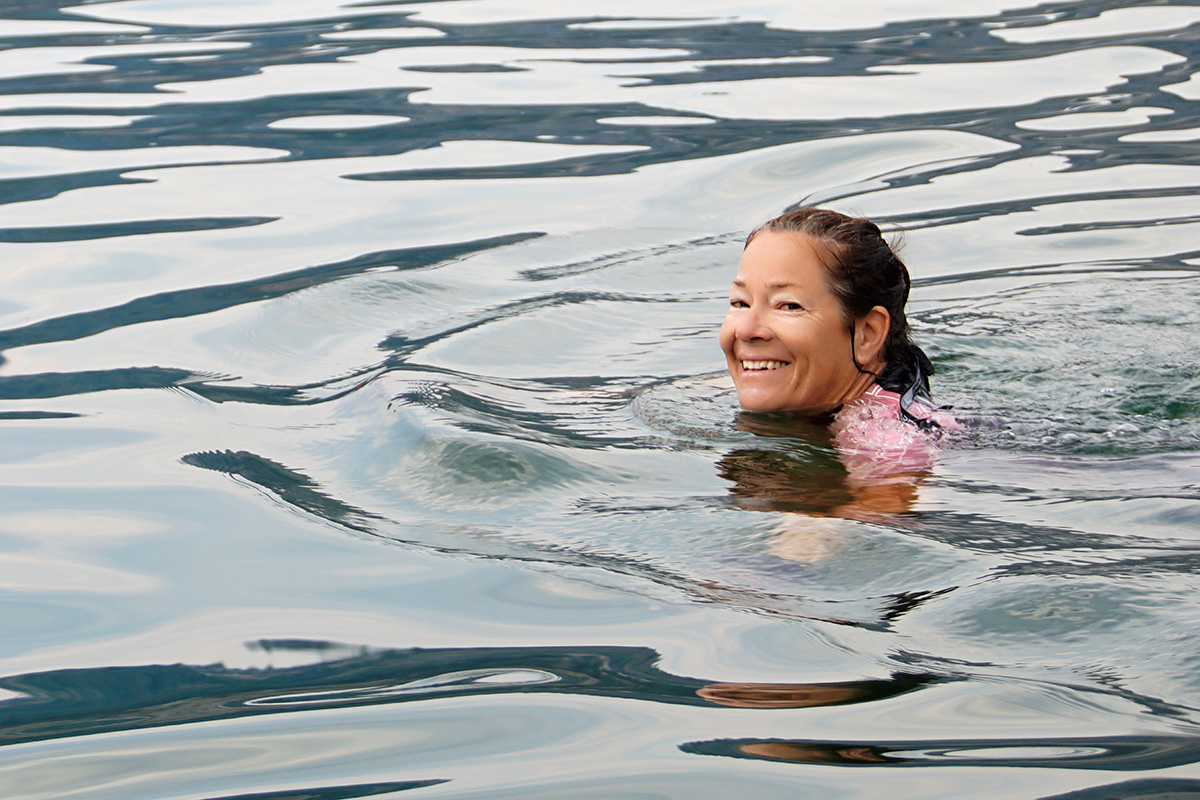 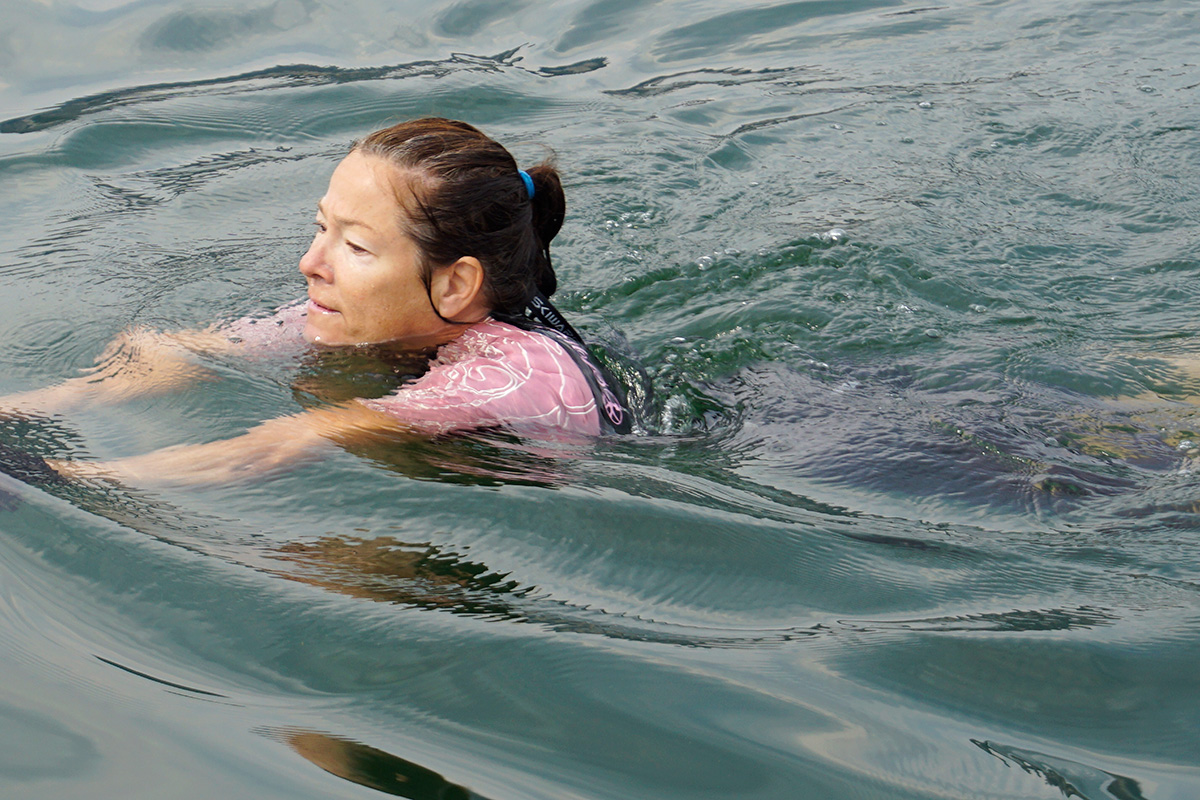 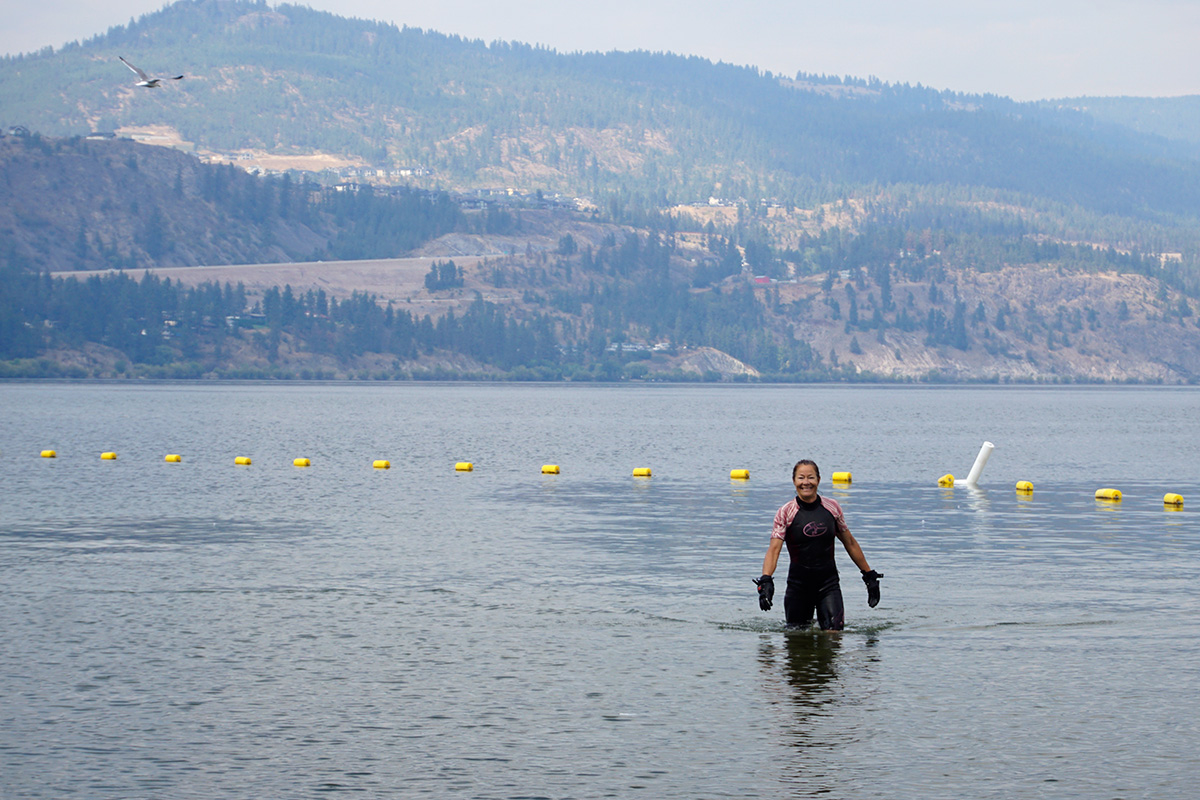 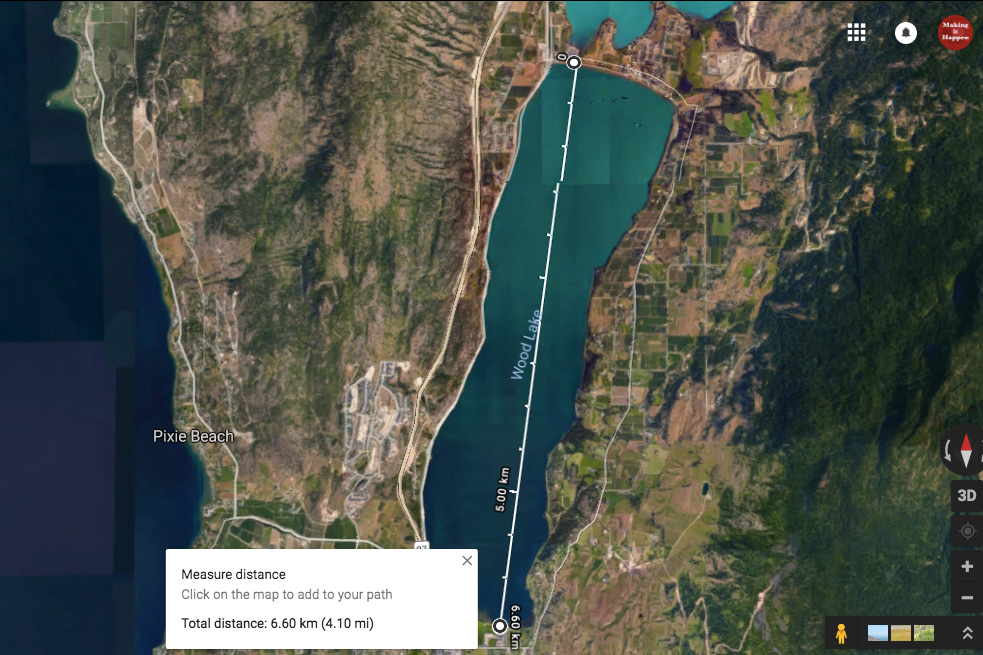 Making plans for carnival. Where will we be?

Now we have some help