Canada: After more than 7 years, it’s as if we never left

One day you’re sweating in the tropics and the next you’re freezing your butt off in the great white north. Isn’t airline travel magical? August 1, 2010, was the day that we formally left Canada to begin our cruising adventure. Seven and a half years later we returned to our home country and it’s almost as if nothing has changed. Canada still has colorful money, there are still Tim Hortons coffee shops on every corner, and the winters are still frigid. In fact, painfully so for our unacclimatized bodies and faces.

Things don’t have to be forever to be worth doing. 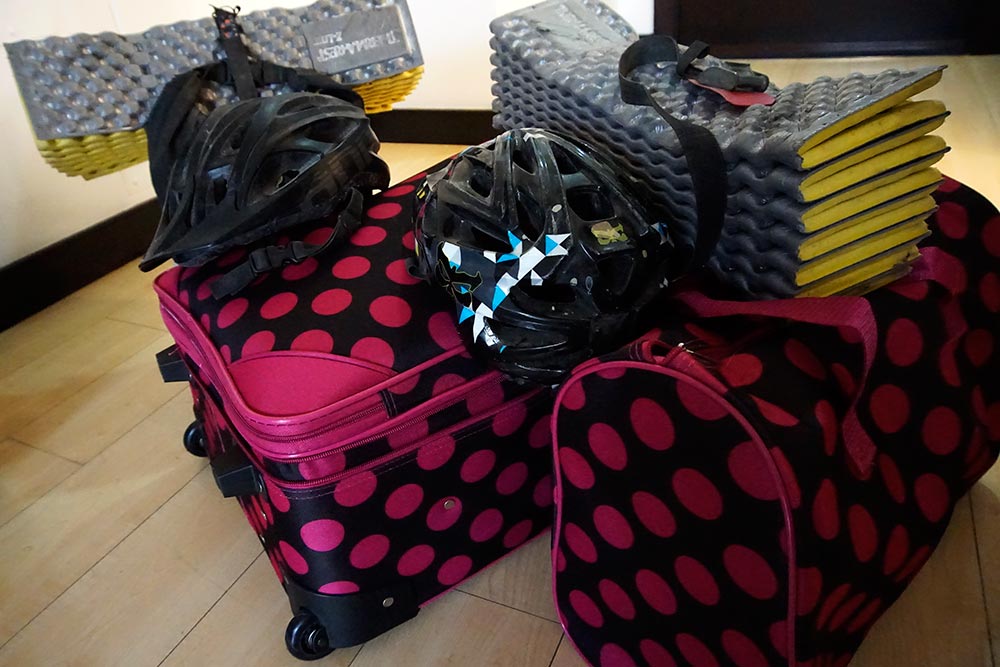 Rebecca went shopping for a duffel bag but came back with these!

The trip to Calgary was long but relatively uneventful. We did find ourselves with crappy middle seats at almost the very back of the plane on our first flight. Not the actual back, of course, because they did need to leave room for a family with a crying baby and a seat-kicking toddler to sit behind us. Such is the luck of the draw for those unwilling to pay the big bucks for upgraded seating. 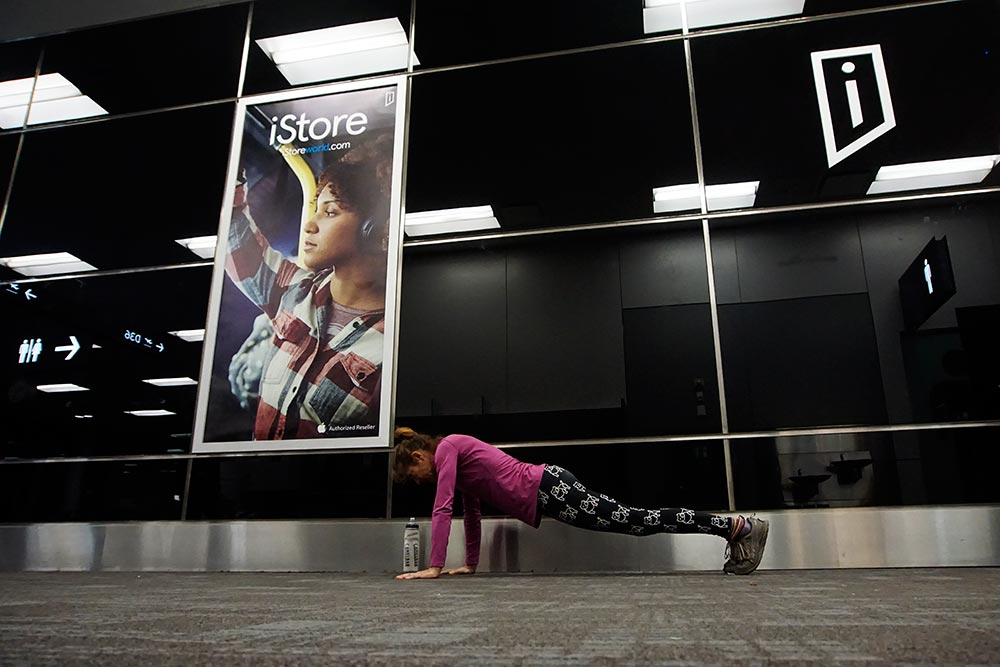 “I’ll just go over there so that I don’t embarrass you.” — Rebecca

When we arrived in Toronto, the reality of winter was apparent: a number of flights had been canceled due to freezing rain. We weren’t particularly stressed by this as we had a 7-hour layover before our next flight but many other travelers had their plans disrupted. The one thing we took note of though was that in spite of the flight cancelations, everyone was still pretty chilled and friendly. There were still smiles and orderly lines and absolutely no yelling. In contrast, I’ve seen near riots for much less at other airports! We also noted how friendly the airport staff was, including the immigration officers and security staff! Must be that Canadian thing. 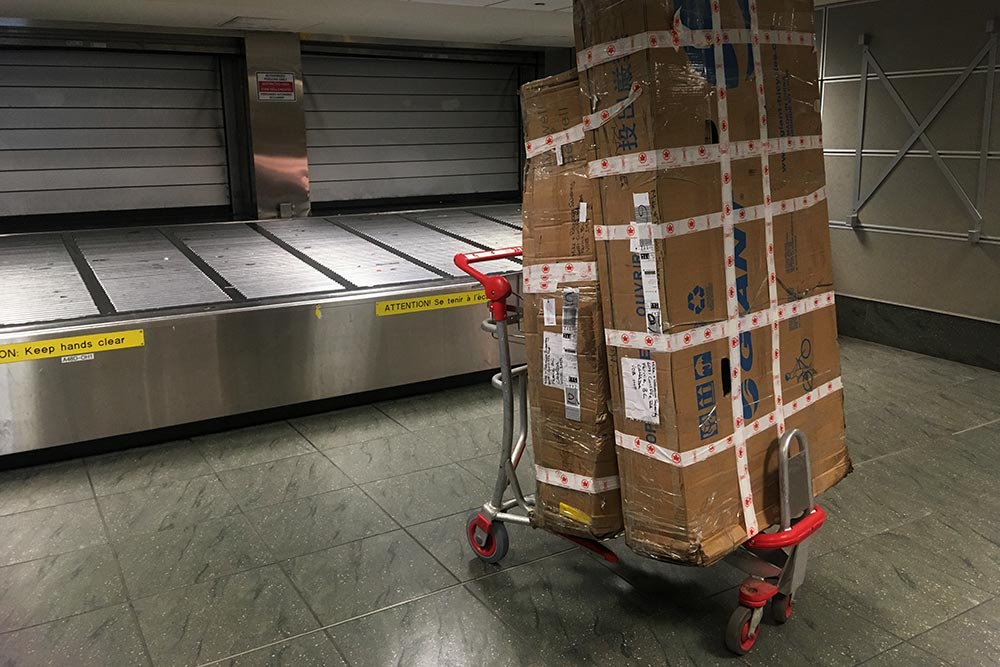 Our bikes made it to Calgary. Yeah!

I am ecstatic to report that our bikes made it to Calgary undamaged in spite of our Frankenstine boxes. It was close to 3:00 AM when we finally loaded them into a taxi to shuttle us to the airport hotel where our friend Douglas had paid for a room for us. As you might imagine, after such a long day of travel, we slept extremely well once we crawled into bed. 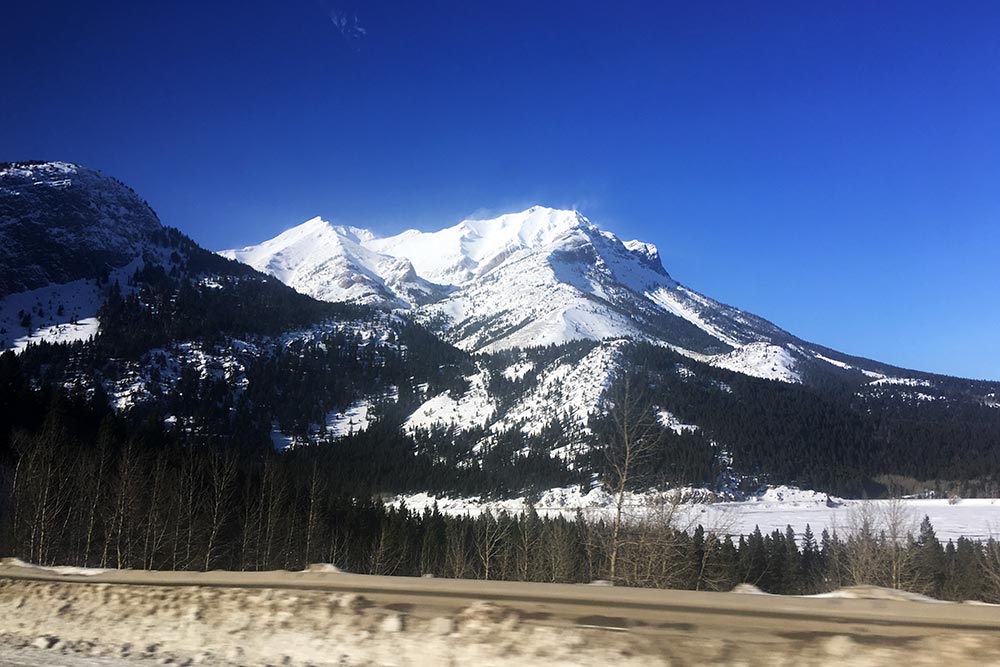 The scenic drive to Fernie.

Although I wrote in my last post that we would be taking the bus to Fernie, Rebecca’s sister Deb and brother-in-law Russ insisted that one of them drive to Calgary to pick us up. When Deb and our nephew Owen arrived the next morning and we saw their warm smiles, any doubts we may have had about traveling to Fernie dissolved. 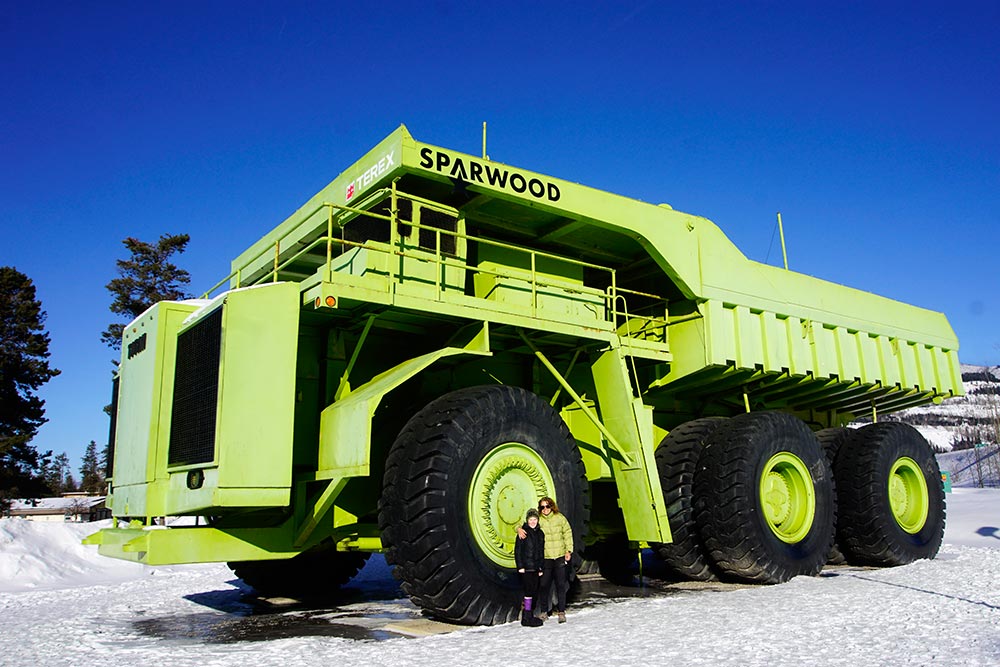 Rebecca and Owen by what was once the largest truck in the world.

I have frequently mused over the topic of home: what it is, do we actually have one anymore, and if so, where is it. I may not have the definitive answer to any of those questions but it certainly does feel comfortable to be back in Canada and to be surrounded by family. 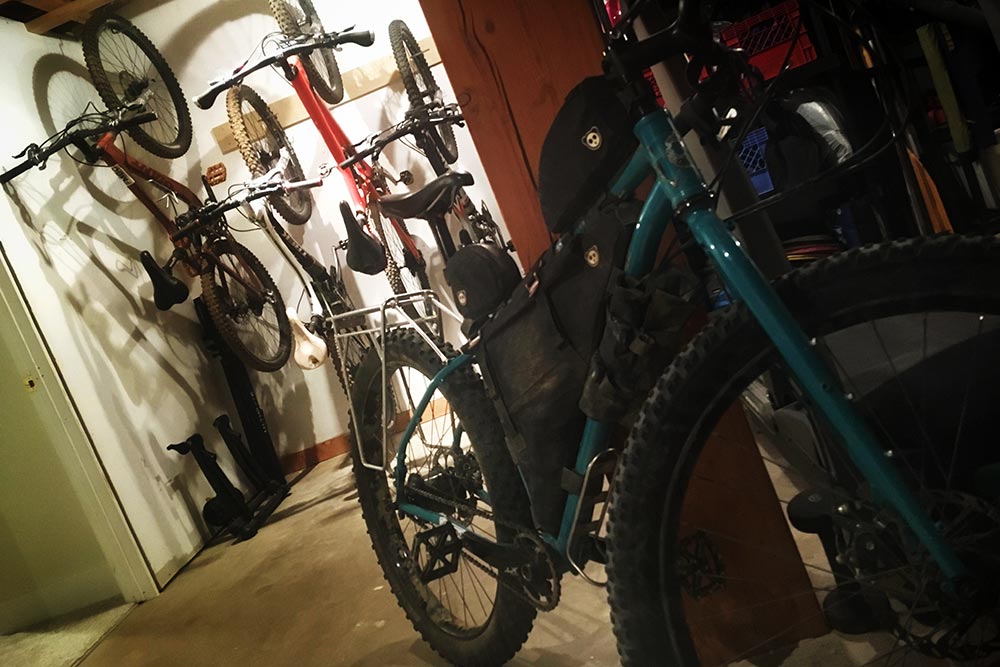 Rebecca’s bike, now put back together, has some company.

In addition to the huge thanks that I’d like to express to our family Deb, Russ, Morgan, and Owen for accepting us into their home, I’d also like to thank our friends Marc Babineau and Brett Anderson, and our daughter, Cassandra for contributing to our get-back-on-your-feet fund. Family and friends… what more could we ask for? 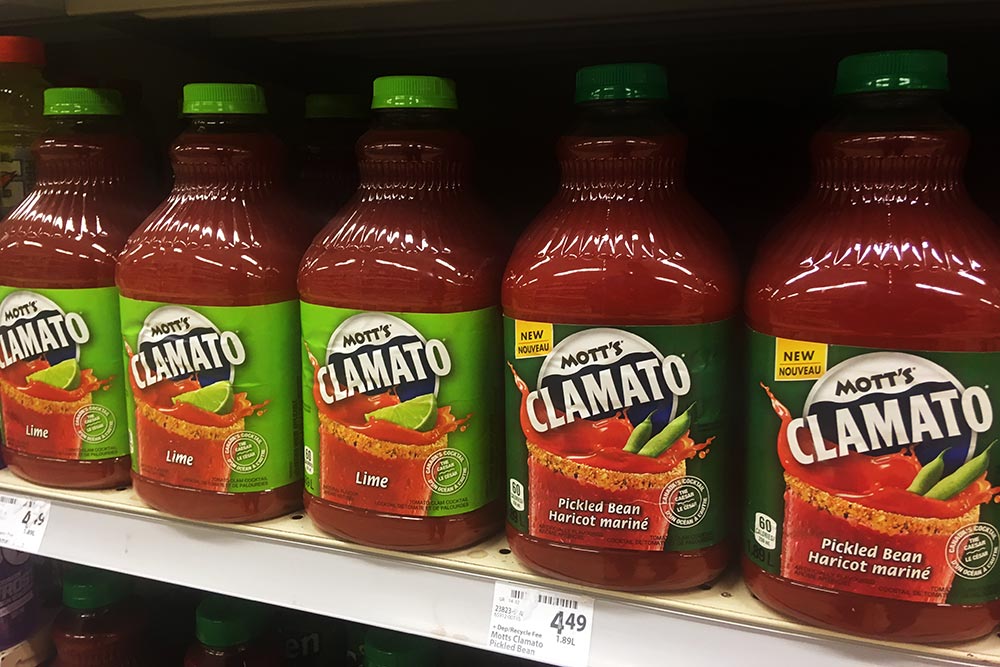 New flavors of Clamato? I guess some things have changed since we left!