It was with a fair amount of sadness that we sailed away from Portsmouth yesterday, knowing that our friend Kelly from Earthling would be returning to the United States and that it will be some time before we see her again. It was time to leave though as there are new adventures awaiting us further south in Dominica. We do however expect that we’ll cross paths with George and his boat Earthling again in the not-too-distant future.

After a quick visit to the customs office to receive their blessing to leave the port, we raised sails and anchor and made our way out of the harbor. As is standard procedure, we had checked and double-checked the weather to make sure that there wouldn’t be anything nasty waiting for us once we left the bay. On the contrary, the winds we found outside were quite light. The unexpected part was that they were from the west. West? The wind seldom ever blows from the west around here! The easterly trade winds dominate the Caribbean weather.

Look at where the little arrows are pointing from. Do you see any coming from the west?

From the west they were though and they remained that way for pretty much the entire 20 mile trip. How is this possible? My only guess, especially since it contradicted the forecasted wind from all other sources, is that it was a Sea Breeze caused by the large land mass adjacent to us.

This graphic illustrates the basics of a sea breeze. The land heats causing the air above it to rise. The cooler air over the water then moves in to fill that space. The resulting cycle is called a sea breeze.

Regardless of the cause though, we simply set our sails and enjoyed the light-wind sail along the coast. A sail which was made that much better after we landed a nice Tuna for dinner! A lot bigger, and more desirable, than the Barracuda we caught the other day. 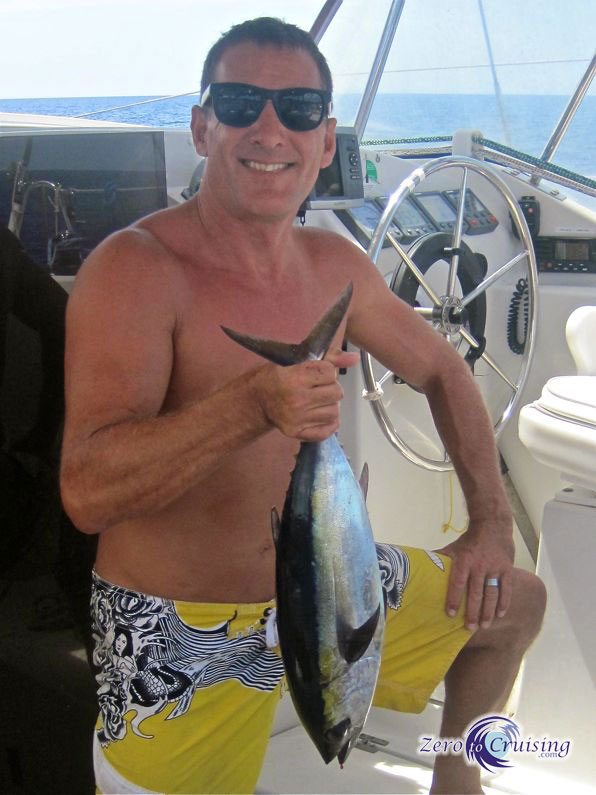 The primary anchorage at Roseau, the capital city of Dominica and our destination for the day, is not an ideal one. The bottom is reportedly steep and rocky which is why most people, ourselves included, choose to take a fixed mooring rather than rely upon their boat’s ground tackle. We took the advice of some friends and radioed Seacat, a local boat boy and guide, and Desmond, who works with him, was quick to get us all set up. 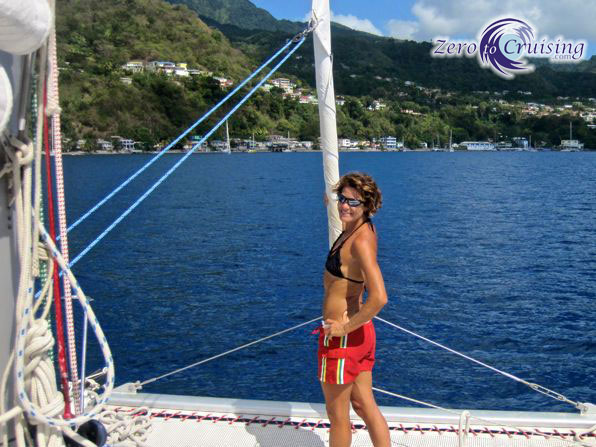 Making our way into Roseau after we dropped our sails.

The anchorage was said to be a bit rolly and with the current conditions, that’s accurate. It’s not unbearable though and the beautiful sunset almost made up for that. 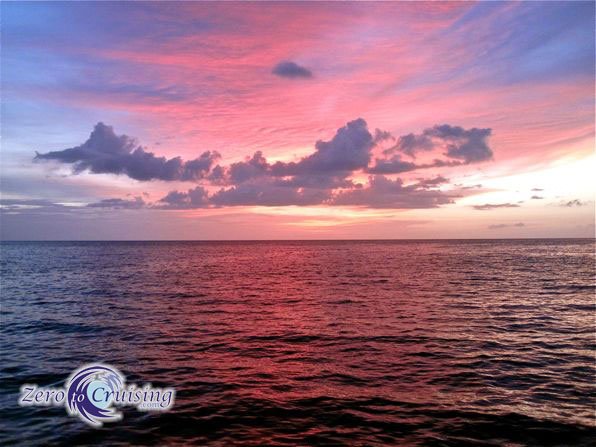 Beautiful sunset in a rolly anchorage. You have to take the awesome with the not-quite-so-awesome.

Our intention while in Roseau is to hike to Boiling Lake, the second largest hot spring in the world. We are debating on whether to do the hike ourselves or go along with Seacat or one of his friends. We’ll see how that turns out. Our first order of business today though is to make our way to a grocery store. Outside of some tuna filets, ZTC is presently a bit light in the food department!

Please celebrate for us!

Rolling with the punches