When I came across the above graphic, I immediately saw a parallel between gasoline and money. Just as some people are perfectly content to run their vehicle until the fuel gauge needle is riding on, or below E, so too are others unfazed until their bank accounts are near fully depleted. Right or wrong, we tend to be in this category, and unfortunately, due to the expenses arising from our still-ongoing lawsuit, and the fact that we had been stuck for more than a year doing nothing but tending to that problem, we find ourselves in the unenviable position of having to alter our plans due to finances.

If seven years of living on a boat have taught me anything, it’s that plans are barely worth the paper that they are scribbled on. It’s for this reason that when I originally posted our proposed bicycle travel plans, I did so reluctantly, knowing that there was a better than even chance that they’d have to be modified. As it turns out, we’ve decided to make a big change to our initially-proposed track. Rather than fly to Alaska to begin our southbound journey in Deadhorse, we have instead decided to simply begin pedaling south from our present location in Southern California. 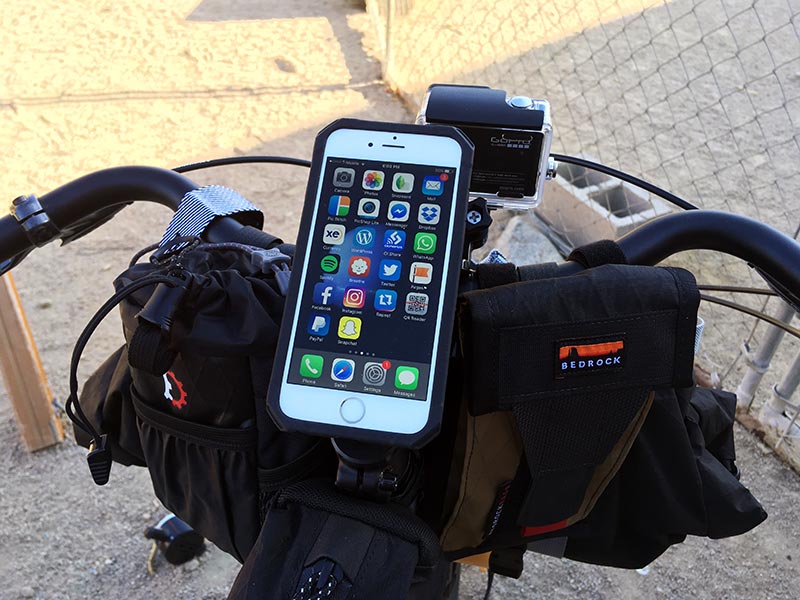 Although the timing to enter Mexico may not be ideal weather wise, we’ll believe that we’ll make out fine. We also expect that this alteration will save us money on several fronts (no plane tickets, cheaper provisioning south of the border, etc.). What about Alaska, and the rest of the US and Canada? Just as when sailors pass by an island, we prefer to think that we have saved the northern portion of this trip for a later day, rather than skipping it.

We are getting closer!

With all that said, we are getting closer to pointing our bikes south. Not a day goes by that we don’t have countless projects on the go, fine tuning our bikes, our gear, and our knowledge. As much as we love spending time here with our family, we are also conscious of not wanting to overstay our welcome. 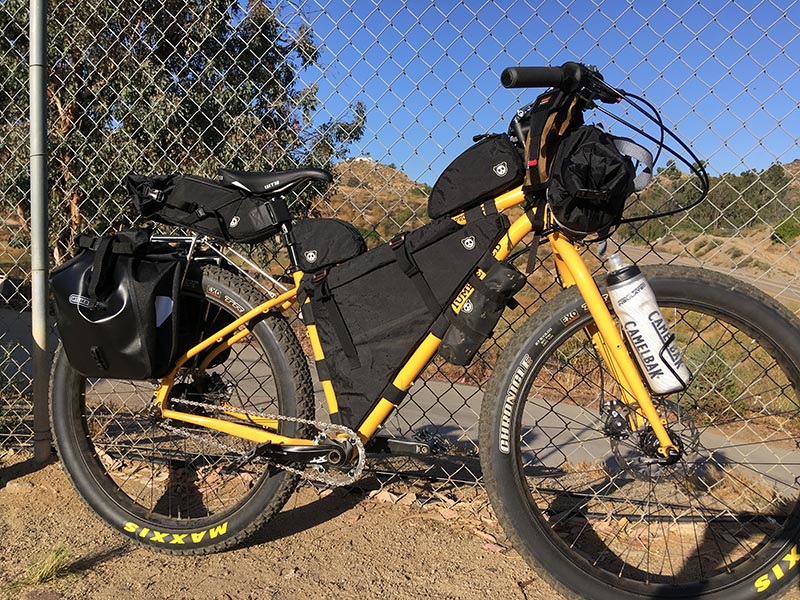 Rear panniers to carry the overflow of “stuff.”

For those who are interested, we’ll be looking to ride from here towards San Diego, quite likely passing close to, or through Escondido. If you live in either of those spots, and have a patch of grass on which we could pitch our tent, please let us know. We’d love to meet up. After that, it’s on to Baja!

Spion Kop – Adventures on our doorstep