Bikes on boats, or boats on bikes?

Some of you may know that, for a period of time, we carried a couple of boat bikes on board our first boat. Having picked them up used from another cruiser in Grenada, we found them quite nice to have. Rebecca used hers especially often, finding it convenient to go to the shopping mall, a trip that would otherwise have required a long walk/jog, or a bus ride. Ultimately, because we planned to haul the boat and leave her unattended while we ran charters, we sold the bikes to some other cruisers. Hopefully they found them useful too.

Our friends carried bikes on their boat too. Here’s a post where we are out enjoying them.

What would be the ultimate boat bikes?

Since making public our interest in biking, I’ve had a couple of inquiries from people asking my thoughts about boat bikes. They were specifically interested in what features I thought a good one would have. I told them that aside from the obvious storage issues on smaller vessels, the biggest challenge to a bike in the Caribbean will be the detrimental effect that the salt air will have on it. Like every other metal object on a boat, rust will be an ongoing issue. Even though our bikes never once got wet with sea water, they still suffered.

So, with that in mind, perhaps the ideal boat bike would:

Of course a bike like that wouldn’t be cheap, but what’s a few thousand when compared to the expense of a big cruising yacht? Kidding, of course. 🙂 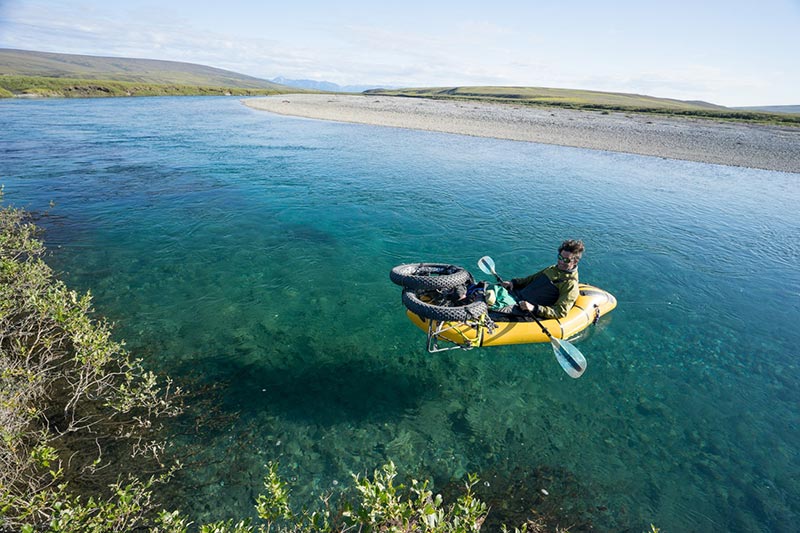 While the above paragraphs are focused on bikes on boats, did you know that there are folks who are doing the exact opposite, carrying boats on bikes? Yes, bikerafting, aka packrafting, is actually a thing. And not only do these people carry inflatable boats on their bike trips, they then take their bikes apart, and carry them on top of their boats! Confused? Check out this post, and the following super-cool video, to see what I’m taking about.

Not all that smart!