Looking for a post-carnival change of scenery, Rebecca and I raised anchor yesterday, and motored around the corner, back to Secret Harbor. For this season at least, Secret Harbor, or Mt. Hartman Bay as it is also known, has been one of our most common hangouts.

At the end of the day, securely anchored in our favorite spot, with nothing but the protective reefs to starboard, we sat in the cockpit, enjoying a couple of cocktails. As the sun set behind the hillside, Frost rocked back and forth gently as several dinghies passed by us, creating a bit of wake. One of these boats, a tiny, rigid dinghy, with what looked to be a mom, dad and young son on board, was heading back towards Hog Island. I took note of them in particular as I had observed them passing by, going in the other direction, earlier in the day. 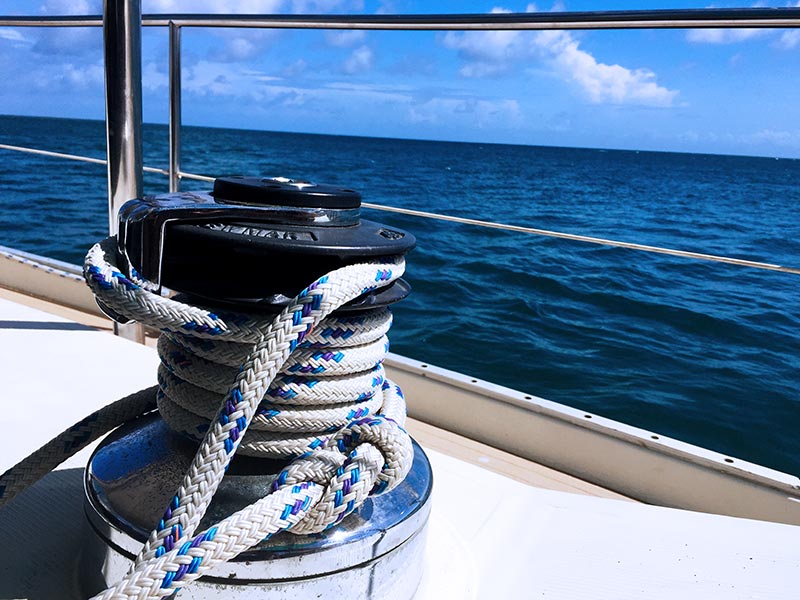 One of our favorite anchoring spots.

As the family neared the end of the bay, they apparently dropped something in the water, because the helmsman did a quick 180, turning the boat around sharply. When the dinghy came alongside whatever it was that they dropped, my heart skipped a beat as I saw all three of them lean over the side simultaneously to retrieve it. In a relatively unstable tender like that, such a combined movement was not a good idea! I momentarily held my breath as the dinghy nearly capsized. Fortunately, it did not, but I was instantly glad that our tender was in the water, just in case I did have to make a mad dash to rescue them.

We’ve never been so unlucky as to capsize our dinghy, or to drop our engine overboard. I do have friends who have done so though. Submerging an outboard in salt water is a very bad thing, and if the engine is not resuscitated properly, it may never be the same. Hopefully you or I never have to do this, but just in case, here’s a little instructional video that I found, detailing what we can do to limit the damage, in the event that such a catastrophe does occur.

What charts do you use?

Sometimes FREE can be too costly