Are you a Pollywog or a Shellback?

Without question, one of the highlights so far this year was transiting the Panama Canal, and sailing to the Galapagos with our friends, Jason and Gail, on their boat, Two Fish. When we left them to return to our boat in Trinidad, we travelled with countless memories. A particular highlight of the trip was crossing the equator, taking Rebecca and I from Pollywog status to Shellbacks. This is a significant milestone for any mariner, and has for ages been wrapped up in ceremony.

Reminiscing about our experience, I decided to do some research on the line-crossing ritual, hoping to learn something more about the subject, and perhaps share some of that info here. What I found in my internet wanderings were several very detailed articles. So, rather than reinvent the wheel, if you’re interested in the history of the Pollywog to Shellback ceremony, give the following links a view: 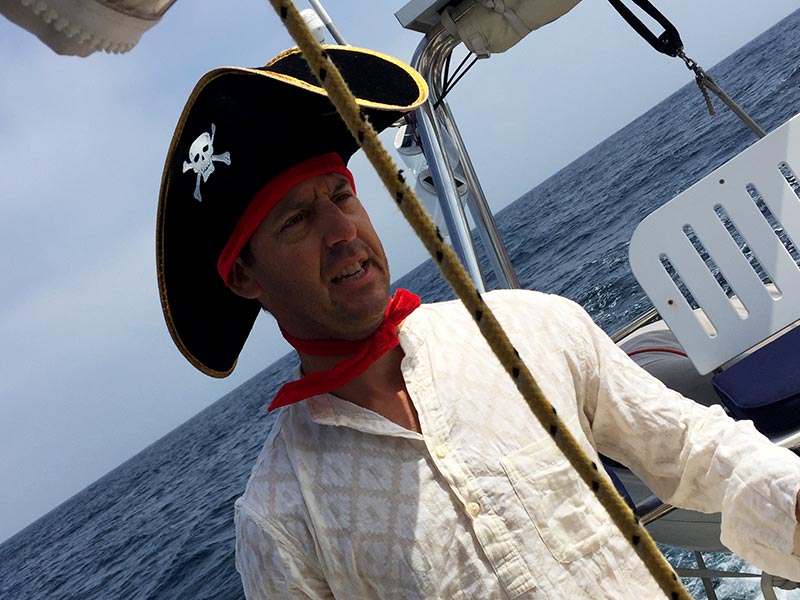 Approaching the equator, we were first visited by Davy Jones. 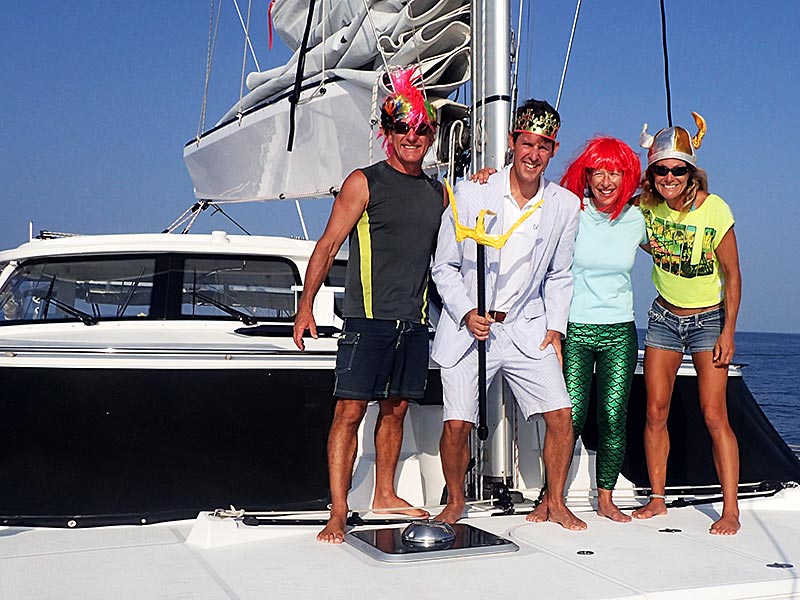 Rebecca and I pose with King Neptune and his wife, after our trial. 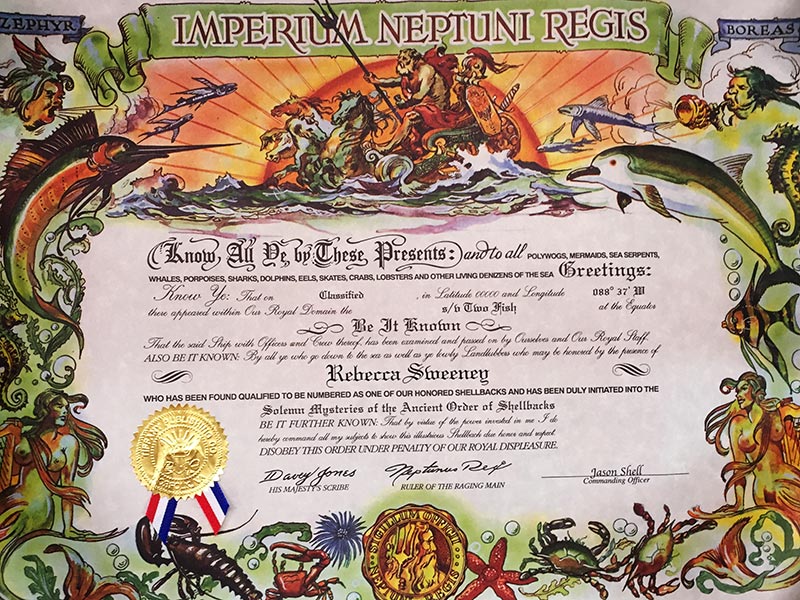 We’re both official Shellbacks, and have the certificates to prove it!

Have you crossed the equator by boat? If so, please share your experience here in the comments!