Pros and cons of a center-console dinghy

Yesterday, while trying to get our tender out of the narrow and extremely crowded dinghy dock area, I managed to make a pretty tight maneuver, completely avoiding the prop-eating rocks to starboard, and the exposed propellers to port. Once we reached more open water, I commented to Rebecca that I would like to have seen someone do that kind of move with a center console dinghy. Definitely wouldn’t have happened!

When we were outfitting the Leopard for charter, the owner was convinced that we needed to have a large center-console dinghy. In his defense, that is seemingly what every charter broker wants to see on a boat. The tender itself, a RIB with a large outboard, cost a bunch of cash, as did the reinforcements that we felt were necessary in order for the boat to safely carry the extra load. Was it all worth it? I’ll admit that the tender looked good, and it was nice when pulling guests on the inflatable tube, but I cursed that beast frequently. Yes, on more than one occasion, we envied the boats that didn’t follow the herd, and stuck with a normal RIB-outboard combo. 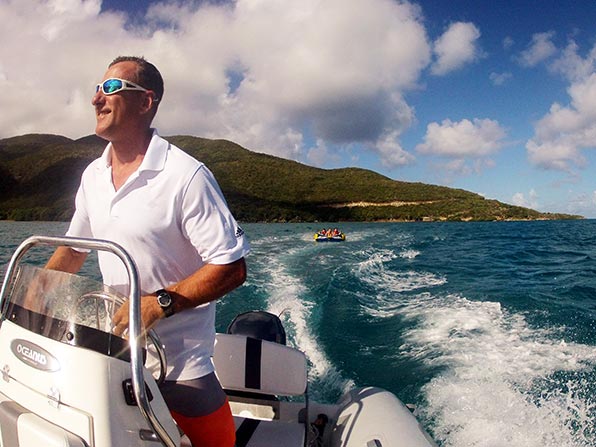 A center console dinghy is perhaps easier for pulling toys. I can’t say for certain though as I’ve never tried to pull toys with a dinghy powered by a tiller outboard.

As I see it, the drawbacks to a center-console dinghy for a normal (non-mega) yacht are as follows: 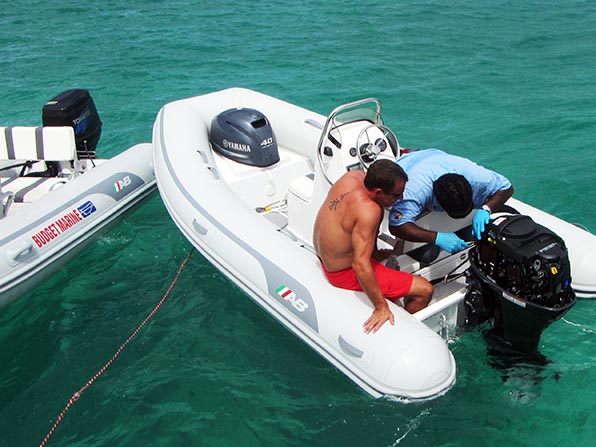 A center console adds a level of complexity far greater
than that found with a tiller-controlled outboard.

What are the advantages? There must be some, right?

I remember one time we were anchored in Waterlemon Cay, St John, and a multi-million dollar Gunboat catamaran took a mooring ball behind us. I watched the crew lower their traditionally-fitted (outboard with tiller) RIB into the water, and ferry their guests to the snorkel spot. While I thought the situation funny, considering the fact that we had such a splashy tender, I guessed that they were just being super weight conscious with their performance cat. In retrospect though, I think they had it all figured out! 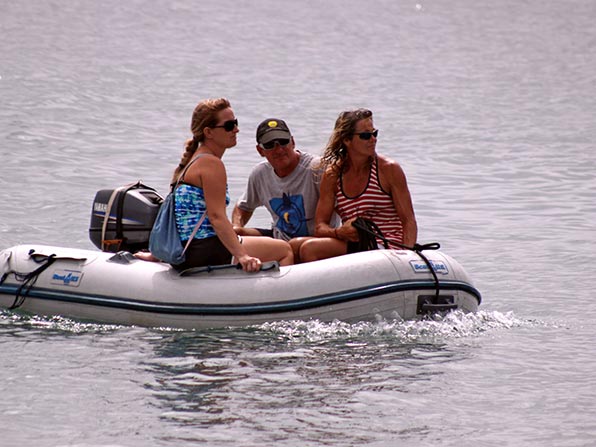 I think we’ll stick with our little RIB and Yamaha combo. Photo courtesy of Dave McGuire.

Will we ever learn?