Yes, that’s a bastardization of a Bruce Lee quote about fighting but isn’t it really the highest level we can aspire to? Here’s what I’m talking about. 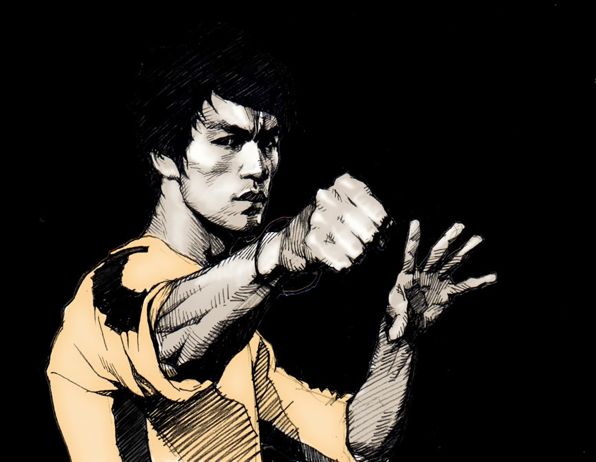 The other day, when I was installing the battery monitor that I described on our blog, I had turned the power on and off multiple times (via the main battery bank switch). At some point during this installation I heard some mystery sound, sort of like “chunk.” I actually went up to the bow a couple of times because it sounded as if something was banging into our port side hull. Finding nothing, I would resume work only to hear it again later. After finishing with the battery monitor, some further investigation brought me down into the galley and then ultimately I found that the mystery “chunk” sound was coming from our refrigerator’s compressor. 🙁 Just what I needed… now the fridge wasn’t working!

Like many things on this boat, the compressor is at least somewhat accessible, in this case either through a hatch in the galley or by hanging upside down like a bat into one of the salon seats’ storage areas. I retrieved the unit’s manual and noticed that the compressor has a troubleshooting LED on the back which, when observed (by imitating that bat), can lead you to determine a possible cause for the problem. What does our LED tell me? Low voltage. LOW VOLTAGE? WTF! How is that possible? I searched some stuff on google, looking for an answer, but all I found was how much money I would have to spend to replace the beast. 🙁 🙁 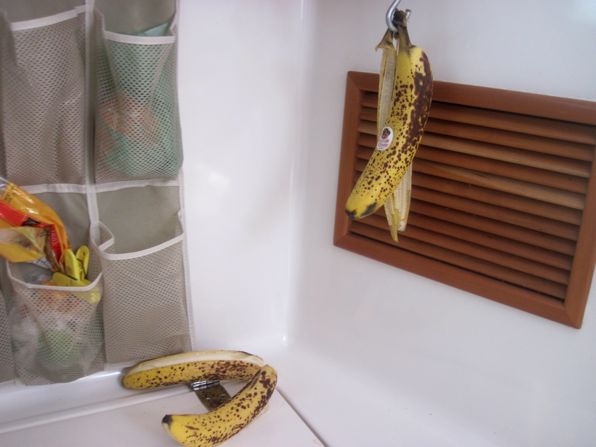 The refrigerator’s compressor lives behind that wooded hatch. Unrelated to this story, we had such a rough sail the other day, that banana pealed itself and tried to escape!

Part way through writing an email to my PDQ friend, asking for advice, I had an epiphany. The low voltage reading was caused by… yes, the smart readers might have been able to guess… I forgot to turn the ship’s batteries back on. Duh! Turning the big switch from Off to Both fixed the problem then and there. And that only took 30 minutes of “research” to figure out. Sometimes I really think I have been hit in the head too much!

Some good did come out of all this though. I am a bit more familiar with our boat’s refrigeration system and I got a great tip from our friend Jeff. As a way of foretelling if there are problems with the fridge requiring further observation, Jeff installed an inexpensive outdoor thermometer (the type with the small external probe attached by a wire) to monitor the box’s temperature. The temperature of the reading itself is not so important, as it will vary according to where the sensor is placed in the box. What is important is noting if there are any radical changes in the temperature displayed. Of course, adding a bunch of groceries to the unit, or opening and closing it multiple times will effect it too. Checking the unit in the morning each day should give consistent readings though, if all is functioning properly. 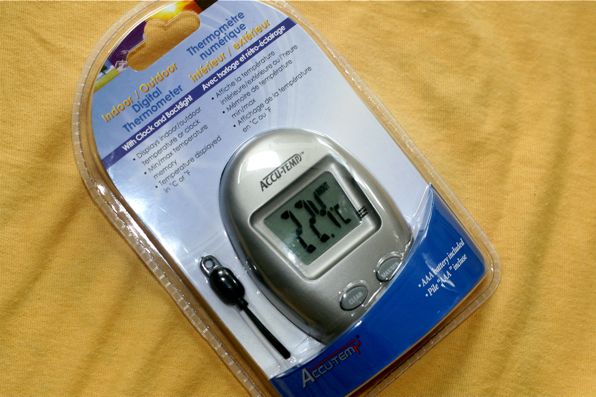 This thermometer runs on one AAA battery and it cost ONLY 9.95 at Canadian Tire! 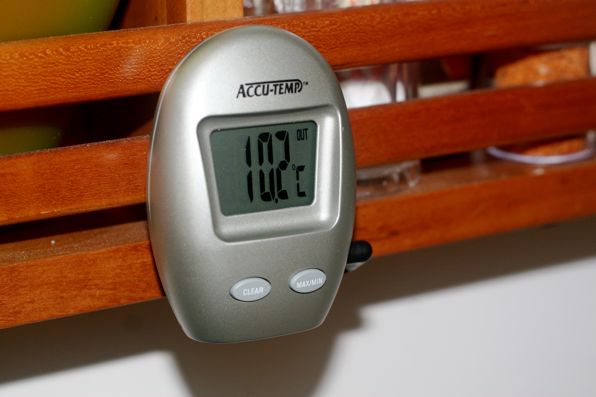 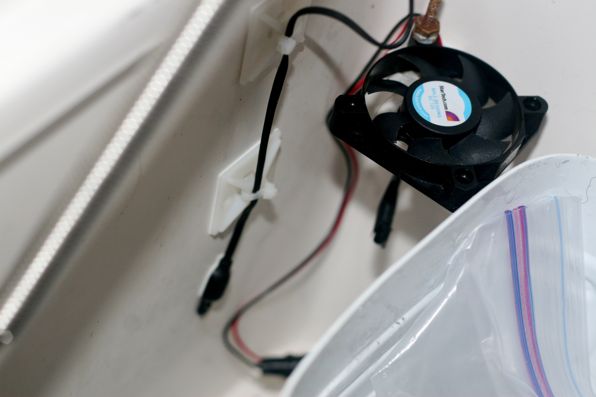 It is important that the sensor not move because that will effect the readings. I attached it at a relatively protected spot in the box. The muffin fan beside it was installed by our boat’s previous owner. It comes on when the compressor runs and helps to circulate the air in the fridge, making it work more efficiently.

Is the tank half empty or half full?

My ‘fitspiration’ extends beyond the blog onto other social media platforms

A great mirror for bikepacking