As yesterday’s post was fairly photo heavy, and I spent far too much time putting it together, I’ll keep this one brief. Before you set off cruising, make sure that you either know how to change the radio-band setting on your VHF radios or at least have the manual with you so that you can look it up.

When we were sailing in Canada we, of course, had our radios set to Canadian mode. Almost immediately after crossing to the United States we were bombarded with Coast Guard announcements telling us to switch to channels like 22A, 2-Alpha. No matter how much we clicked around on our radio though, no such channel was available. That is, until we switched the radio to the US band.

Now, far south of the US, we have switched our radios again, this time to International mode, presenting us with a different selection of channels (no more Alphas). In Grenada, at least, this change is important as the radio net runs off of a repeater on channel 66, not 66A. Those resistant to switching bands on their radios (I don’t know why they would be but some people are) or who don’t know how to are unable to hear the entire radio broadcast each morning. 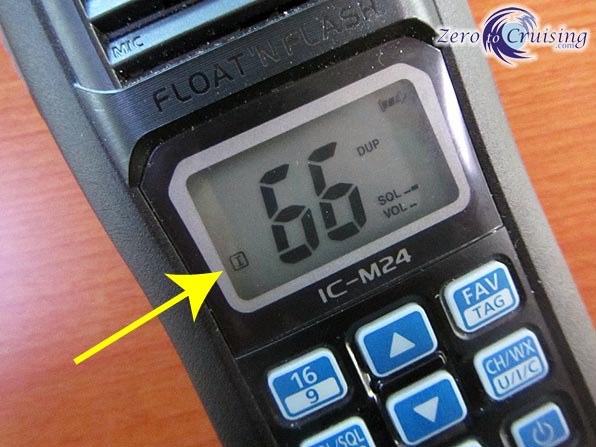 This image is of our new Icom M24 VHF Radio

which, so far, we love. The “I” stands for International. This radio does not suffer from the same problems as do most other handheld units.

Battle of the underwater cameras