Catamaran vs. Monohull: Heading to the dark side, or away from it?

Note: The following was written some time ago, and was originally intended for magazine publication. As I never actively pursued that, and as the catamaran vs. monohull question has been asked of us so many times, I decided to post the piece here instead, and then link it to our FAQ page.

It wasn’t all that long ago that my wife and I first conceived of the idea of going sailing. As neither of us had any real sailing experience to speak of, we did what most people do these days when confronted by a problem, we consulted the internet. In doing so, it took only a few short minutes to find a school offering sailing instruction, and with an email, a phone call, and a credit card transaction, we had both signed up for a week-long liveaboard sailing course in Florida. We were on our way. 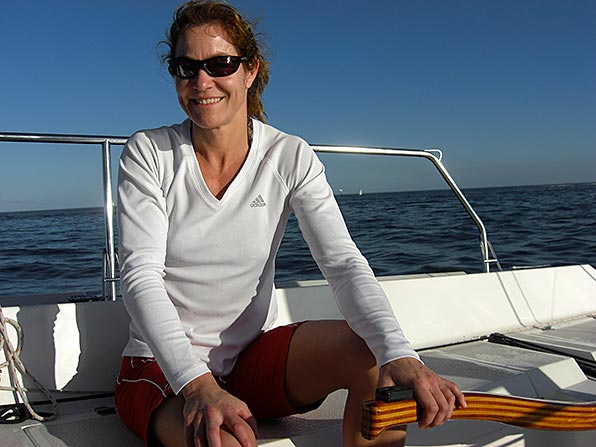 The instruction we received took place in two parts. We began with a few days of classroom study and sailing on a 26′ keelboat to learn the basics: tacking, gybing, terminology, etc. Following that, we spent several days and nights on a larger 49′ monohull to get the full liveaboard experience. All of that turned out great, and as we had hoped, we were hooked. Just days after returning to our home in Canada, we had our house listed for sale and began making plans in earnest to sell off and head south.

When it came time to purchase a boat, even though we had only ever really sailed on a monohull, we both knew, for whatever reason, that a catamaran was for us. We invested countless hours boat shopping on the web, focused only on cats, and after 6 months of searching, ended up the proud owners of a beautiful little multihull, a PDQ 32. That boat, our pride and joy, would be our home and vehicle from the summer of 2009 until 2013. 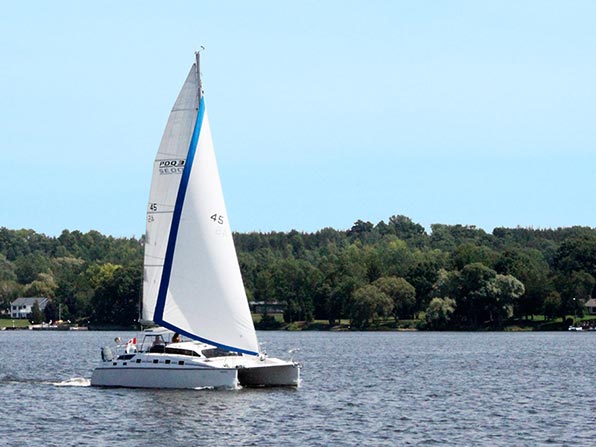 What happened in 2013? Presented with a new opportunity, we moved onto a larger catamaran, having taken jobs as the Captain and Chef running charters in the Virgin Islands. Even though the boat wasn’t ours, we treated it as if it was, and we gained even more experience with multihulls. Unlike most people though, we would soon make a very uncommon transition, we chose to purchase a monohull!

While we know dozens of people who have sold their monohulls to move onto a cat, I can’t think of a single person, aside from us, who has done the opposite. I’m sure it happens, but it’s definitely not common.

When our friends found out our plans, most could only scratch their heads and wonder why. Our reasons were sound though, we had set our sites on some higher latitude sailing in Patagonia, and while our beloved PDQ 32 is a wonderful boat for the tropics, in our minds, she wasn’t suited for the colder conditions that we were likely to find ourselves in. 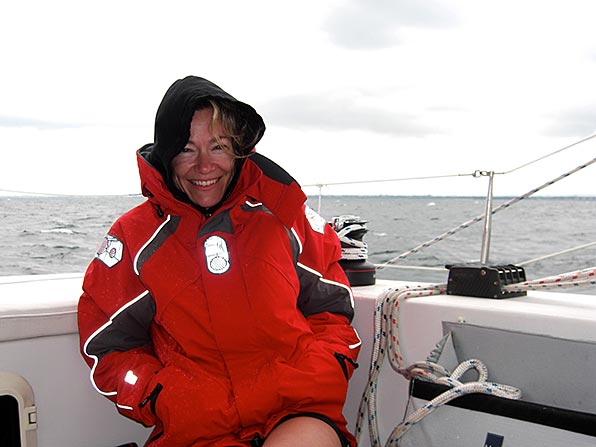 Cold weather? Are you kidding? Note this was taken in Canada, in July!

It’s funny how many people would comment that we were “going back to a monohull.” Just about everyone was surprised when we explained that we had never owned a monohull to begin with, and that, with the exception of our initial classes, and some time on OPBs (other people’s boats), we were strictly multihull sailors.

“How are you dealing with the healing, or the rolling,” they would all ask, as if a catamaran’s wider beam allowed us to leave champagne flutes untethered on the table. I’m sorry folks but even on the 46′ cat that we operated in charters, items still need to be stowed properly before getting underway.

But how does sailing on a monohull compare to a cat? Everyone wants to know. Of course, every boat is different, and admittedly, we’ve only been on the monohull for a few short months. In spite of that, I’ll try to give our personal comparison. 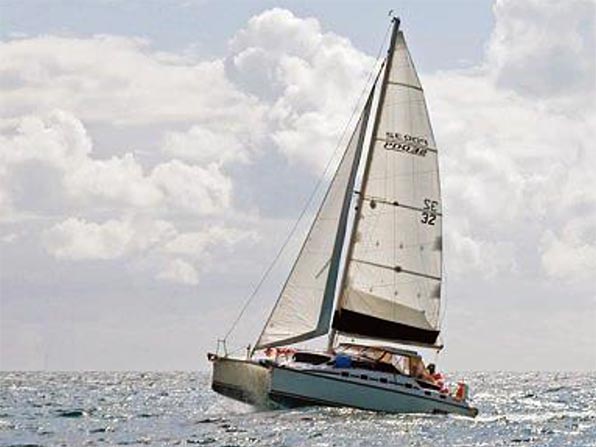 How they are the same:

What if you’re just now looking to get in to boating, and are undecided about what type of sailboat you should purchase? What should you do? If you’re like us, you may find that your budget determines what route you go as, all things being equal, for a certain length of boat, multihulls tend to be considerably more expensive. The smart thing to do would be to try to sail on as many different boats as you can. You’ll likely find, as we have, that there is more in common between the form factors than there are differences. Each type of boat will get you where you want to go. We all enjoy the same beautiful sunsets, so get a boat and go sailing. 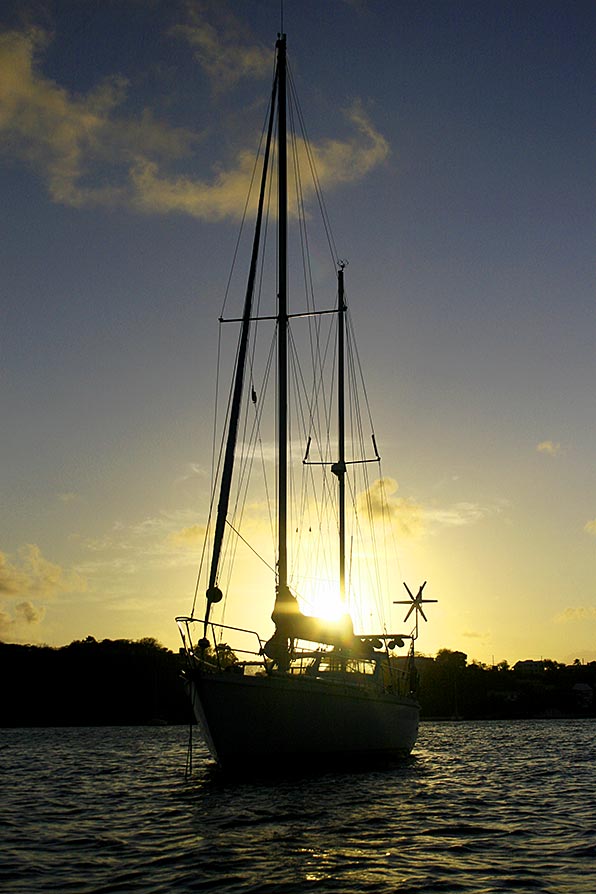 We all enjoy the same sunsets!

The King of Coolers

Perhaps they just haven’t thought of it.