Many of you have probably heard the word BOAT described using the acronym Bring On Another Thousand. Sadly, some days that seems all too accurate. Yesterday for example, we traded significantly more than that sum of money for what we hope will be more power on our boat, specifically a new battery bank.

After doing a bit of telephone shopping, we settled on 8 new Deka golf cart batteries supplied by Caribbean Battery. I spoke with Maceo from CB several times on the telephone yesterday and coordinated a time for one of his guys to meet us at Crown Bay Marina, just around the corner from where we were located, to make the swap. Maceo sent his man Chuck over to help with the install and we had the new batteries in and the old ones taken away in just over an hour. We were going to pay for a night’s dockage at the marina so that we could plug into shore power but Maceo assured us that the batteries would be fully charged when they were installed so it wouldn’t be necessary. As such, we only had to pay for a couple of hours stay on their day dock, saving us a bit of money. Our apologies to the spectators there for not creating a bit more excitement during our docking (it only took two attempts to back into the slip — we’re a bit out of practice on the whole docking thing, but still, not THAT out of practice).

Our plan is to take very good care of these batteries in order to maximize their life span. Let’s hope we can do that. And now that all that messy work is out of the way, hopefully we can start to enjoy the Virgin Islands!!! 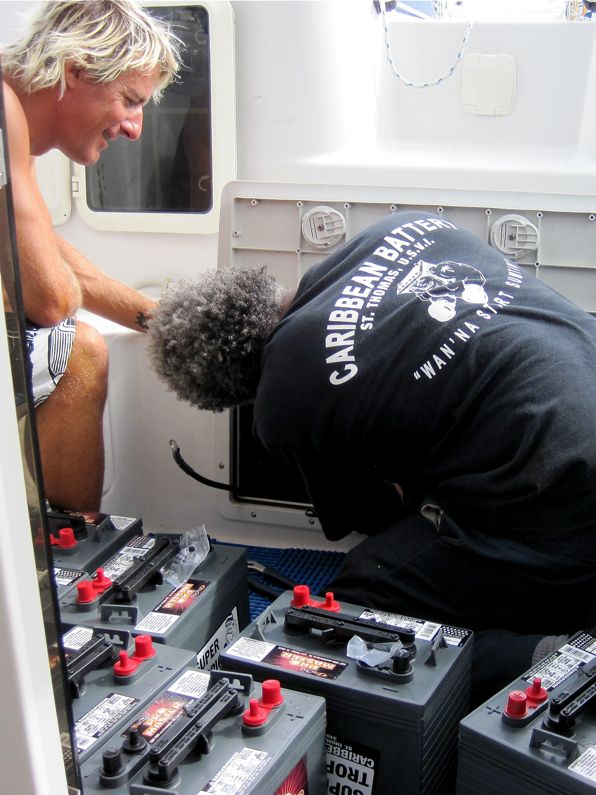 Chuck and I battle to swap the four batteries installed under this step. It was tricky! 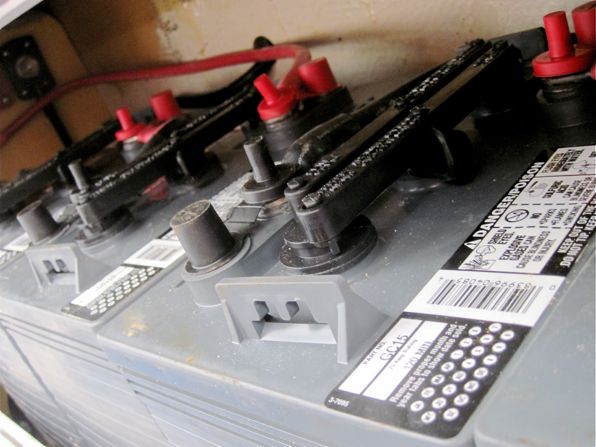 Want to make some new friends?

It’s not all smooth sailing