Can you believe it? We were sailing!

Can you believe that our first day sailing in the Virgin Islands was actually spent SAILING in the Virgin Islands? In other words, not motoring or motor sailing? At least the majority of it anyway. With plans to travel only 11 or so miles and all day to do so, one has the luxury of being able to go slow. And for a good part of the day, that’s exactly what we did, tacking back and forth into a 5-7 knot headwind. But we had fun, slow fun. I may have gotten frustrated about the slow speed and turned on the engines had I not challenged our friends on Happy Times, who were sailing the same direction as us, to a race. I won’t say who won the race but I will say that we’ll certainly enjoy the drinks that they need to buy us now. 😉 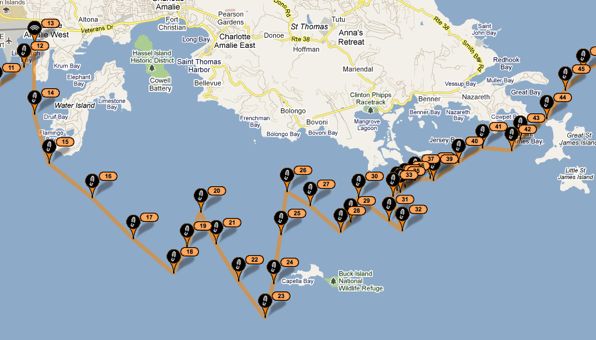 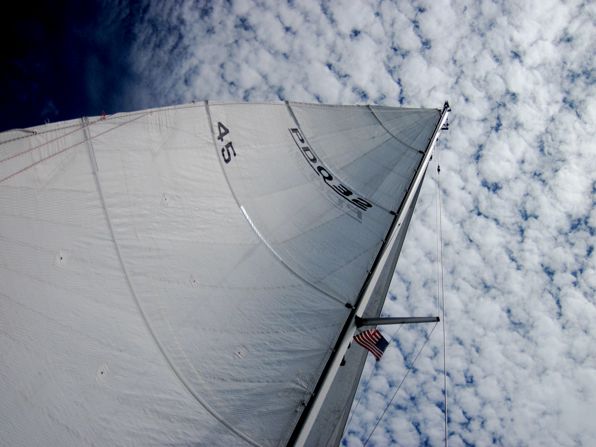 We are currently on a mooring at Hawksnest Bay on St. John and it has not been a super peaceful night. With winds from the east or southeast, I am sure this place would be awesome. With the northerly swell that’s running right now, it is rolly and uncomfortable.

To add to that, shortly after dark we got into a weird wind-against-tide/swell situation with the mooring ball underneath our boat, banging on the hulls. Our boat was in fact facing the completely opposite direction to Happy Times who were right beside us. Unable to move the boat to a better position with the engines (we tried) nor willing to listen to that banging all night (forgetaboutit!), we had little choice but to cast off and try to pickk up another mooring, in the dark. Good thing we were the only two boats in the big bay!

Why were we on a mooring in the first place instead of anchored? Believe me, I would rather anchor, for a couple of reasons. Sadly, it’s just not allowed here. Much of St. John is a national park and their rules require you to take a $15.00 mooring for the night if one is available. I generally trust our anchor much more than some random mooring and it was especially true in this case as the water was so deep I couldn’t dive to the bottom to check it out (I tried… it was 30′ deep, way beyond my current limits).

We’re planning on slipping our lines pretty early this morning and moving a couple miles down the coast to Maho Bay where a friend (Steve on s/v Anchor Management) has told us that it is not rolly. If that intel doesn’t pan out to be true, we’ll set sail for Jost Van Dyke where we can anchor on the southern shore, hopefully sheltered from the swell. 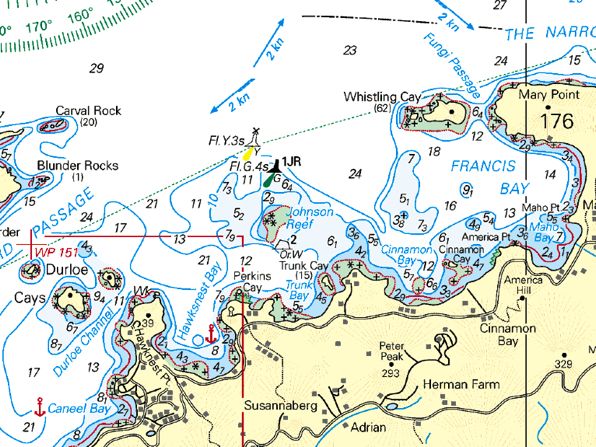 The above situation illustrates something that I have felt to be true for quite some time. That being, people often walk away with an impression of a place based on a very specific, and sometimes short-lived set of conditions, positive or negative, that on another day, may not have existed at all. For example, if there was no swell running here I might think this is a great place to stop. In this case, I don’t. If we meet up with some friends at an anchorage and have a great time, we’ll always have positive thoughts about that place. If we drag anchor or pick up a line in our prop, the opposite may hold true. This is why we always try to check out places on our own (Luperon for example) rather than relying upon hearsay to make our judgments. We think everyone should do the same too.

And the windy fun continues