Back in Georgetown, we acquired a new friend named Dennis. He had this to say about boat chores:

I do one boat chore per day. Today I shook a rug.

If only it were that easy. 😉

Day two in the Turks and Caicos came and went with us still unable to clear into the country. Being the weekend, the customs office has apparently not been manned, as determined by two separate 1 mile walks, only to find a gate secured by chain and a padlock. We’ll try again this morning.

The official rules state that without clearing in, you’re not supposed to leave the boat. That was OK with us because on the day we arrived, we wanted to do little more than chill out. Yesterday was boat chore day though and unlike our friend, we had more to do than shake a rug.

In spite of wearing little more than shorts and t-shirts, it seems that almost every piece of clothing we have on board was due a wash and unlike some of our friends on larger boats, we don’t have a washing machine. This leaves either taking the the dirty clothes to shore to a laundry facility or cleaning it all by hand on board. Rebecca opted for the latter, taking much of the day to work her way through the piles.

My chores consisted in giving our 2 Yamaha 4-strokes some TLC. Some nice clean oil and new spark plugs were the least we could offer them after getting us this far safely. I also took a spray bottle filled with fresh water and cleaned out some of the salt that had caked itself inside the engine’s guts. A little bit of anti-corrosion spray finished the job off nicely.

Unfortunately, during my time playing with the engine, I confirmed that for some mysterious reason, the port engine has quit charging our batteries. Back in Florida, with the help of our friend Bill, we fixed all this. But now, it’s not, and I have yet to determine why. Another puzzle… oh joy.

By the way, I was reading our friend John’s blog about the TLC that he gives his boat Wet Paint. All I can say is that I hope our boat ZTC never reads that blog post! 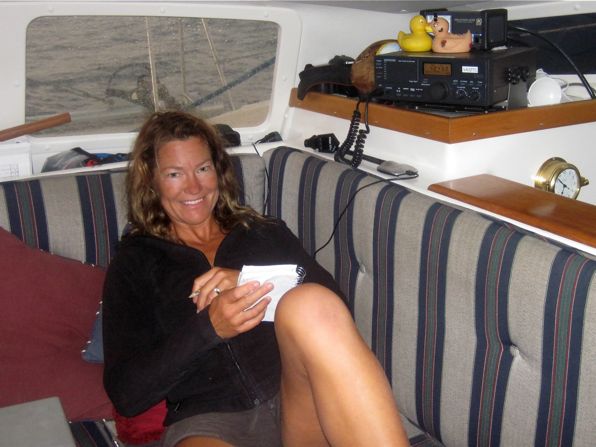 Rebecca, listening to the Chris Parker weather forecast at 6:30 AM
on the way from Mayaguana to T&C. 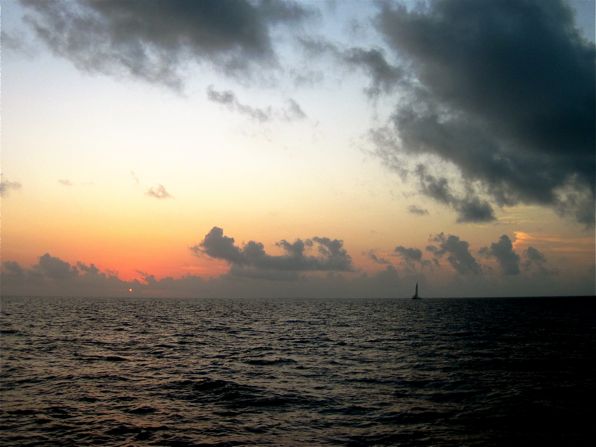 I took this pic just before being relieved by Rebecca… 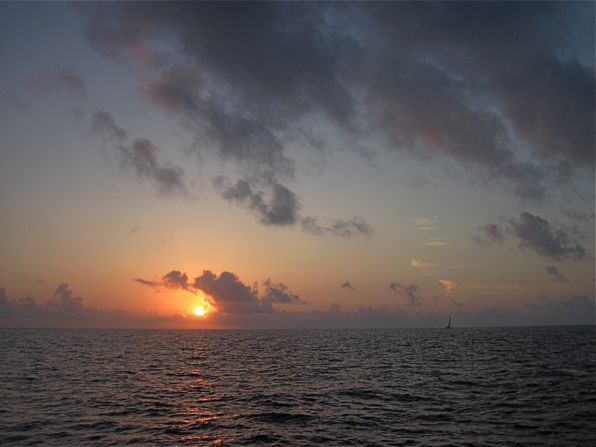 She took this pic just after taking over. 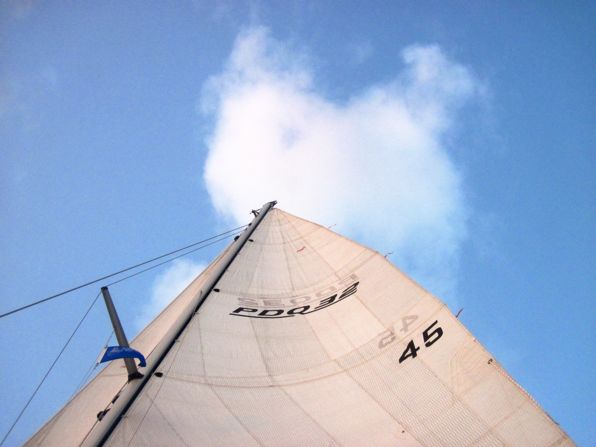 It was nice to have the sails up, even if we were motor sailing. 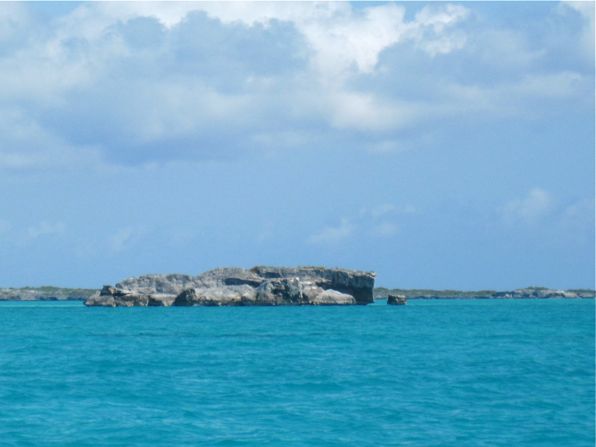 The charts show this as a rock. Turtle Rock to be more specific. I would call it an island!
Definitely don’t want to bump into it at night.

Southerners are Fun with a capital F!