A quick search on our site will show that I have mentioned wind generators numerous times. One of the first was back in 2010 when I expressed some envy after watching the wind gennys on our marina neighbors’ boats spinning away, charging their battery banks in the process. In spite of that envy, and the numerous times that I have since then considered the devices, had our new boat not come with one already installed, I’m not sure that we’d have one. Now that we have though, and have had it running for some time, I think it’s worth sharing my thoughts on the devices.

The number one complaint about wind generators seems to be the noise that they make. It is true that certain models do create a fairly loud whirring sound, but to tell the truth, even the noisiest of them never really bothered me. When the wind is up, which is the only time they are really noticeable, there is plenty of other noise around too. In our case, the older Aerogen 6 that we have is remarkably quiet. So much so that I often have to look up at it to see if it’s spinning. 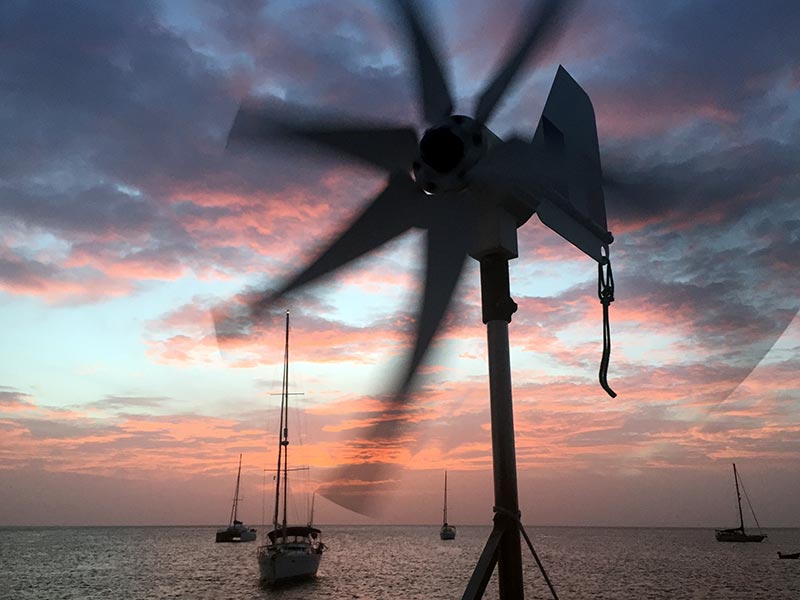 Some people complain that a wind generator creates a vibration in their boat. This is obviously a function of how it is installed, and where (arch, pole, mizzen mast). Our device does create a little bit of vibration, but it’s only noticeable in the aft cabin when it’s really spinning quickly. Again, when the wind is blowing that hard, there is typically a lot of other movement going on as well. To us, it’s a non issue. 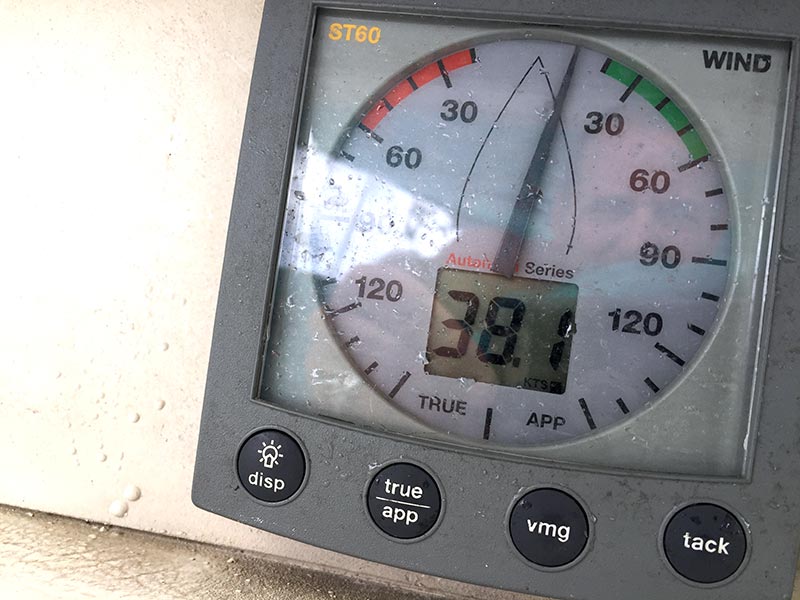 When I looked at the wind forecast for this week, I knew that our batteries were going to be happy. I woke up this morning and found that our batteries were over 98% charged, and yesterday I woke to find a similar battery monitor reading. Were there no wind overnight the batteries would have been considerably less charged. Of course, in order to get this kind of result, the wind needs to really be blowing. Certainly, during the winter months here, when the wind is consistently higher, we get better results. It’s worth noting that some wind generators start producing when the wind is less, but from what I understand, are not quite as effective at the top end. Others work the opposite.

This is something I can’t comment on directly as we didn’t install the device. In speaking with friends though, I can say that the proper installation of a wind generator can easily equal, or surpass the cost of the unit itself. 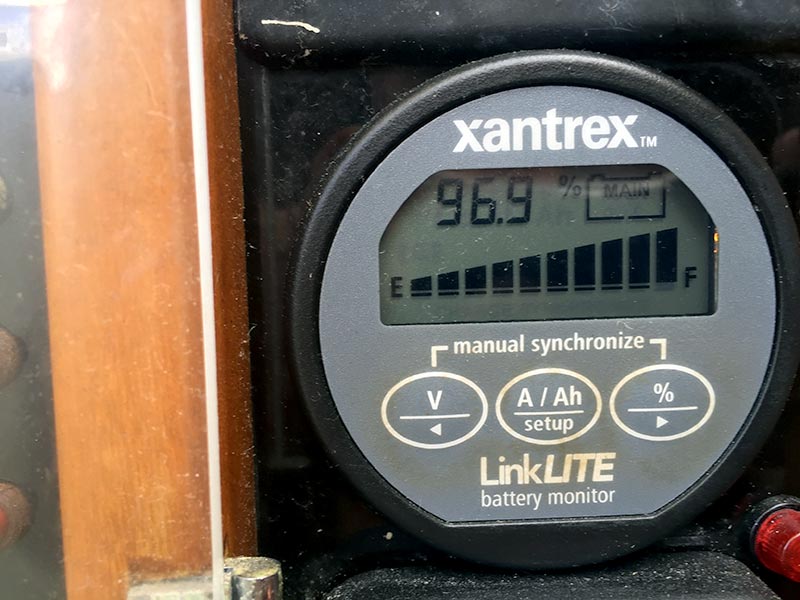 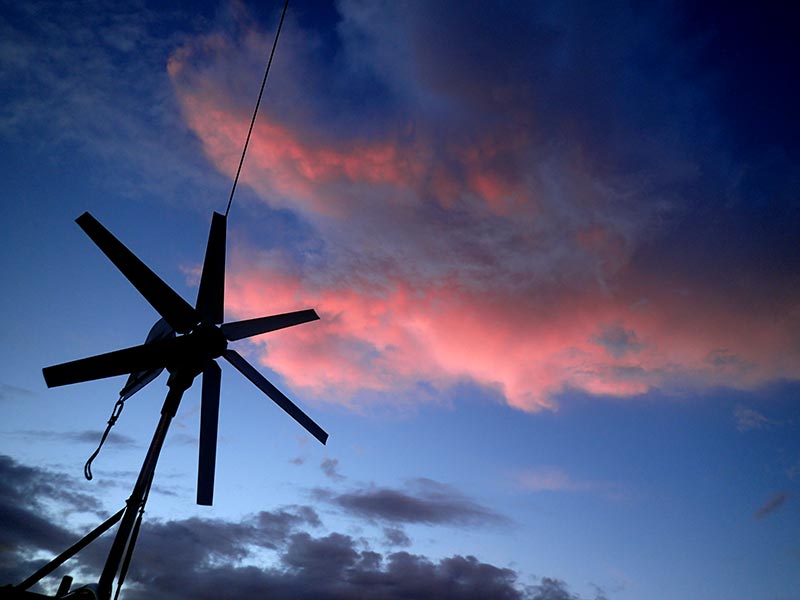 Of course, effectiveness, cost, and maintenance are seldom ever considered in isolation. More often than not they are compared to other charging sources, most commonly solar. Each boat owner will have to consider their vessel, their cruising grounds, and their budget to determine where to best invest their money. In my mind, if you can deal with the noise/vibration issues, or lack thereof, having both solar and wind is the ideal scenario.

It’s tough to be positive all the time!