Several years ago, in the early stages of our planning for this lifestyle, we did a lot of reading. We collected an entire library of nautical books and both Rebecca and I did hours and hours of internet research. One puzzling thing that I read in numerous places was that there was safety out at sea. At sea safe? For someone with no sailing skills, and next to no swimming skills, the sea was a pretty scary place. The idea that in a storm I might want to head OUT to sea instead of heading towards land astonished me. Now I think I get it though, and on multiple levels.

The idea that being at sea is safe is dependent upon one being aboard a seaworthy vessel of course. And assuming that is the case, and the boat can remain afloat (Ours can even remain afloat if inverted. Not a good thing to happen mind you, but that is significantly better than sinking.), there are very few things out there in the deep water that can hurt you. It’s when we get near land that there are all those hard things to bump into (rocks, reefs, other boats). Even the devastating tidal wave or tsunami is really only destructive when the seabed starts to shallow up. I’ve heard that boats that head to sea when a tsunami is approaching, assuming they’ve received sufficient notice so that they can get to deep enough water, often don’t even feel the wave passing under them. 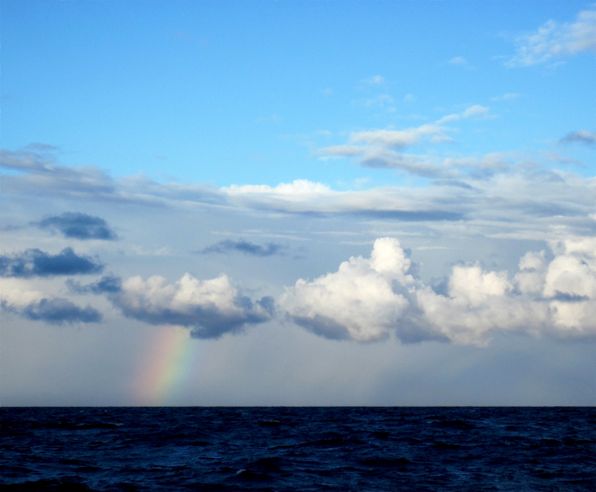 On our longest passage to date, between the Luperon in the Dominican Republic and Puerto Rico. 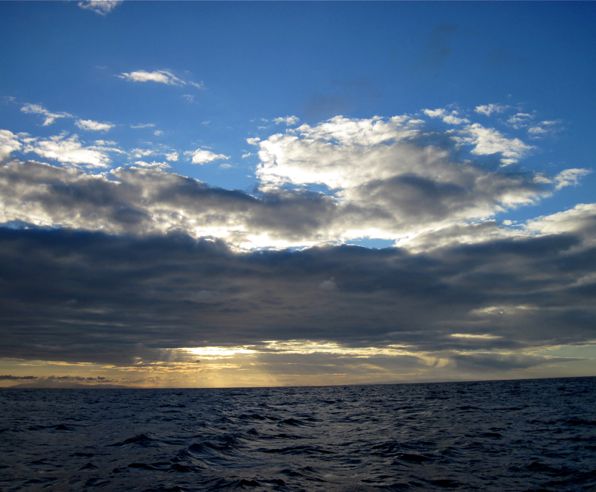 The sun setting at sea can be beautiful.

When we’re sailing on passages, our typical procedure is to require the person on watch to give a good 360 degree look around at least every 10 minutes (we set a timer to remind us). This gives us plenty of opportunity to see if there are any other vessels approaching. When near land however, the person on watch needs to keep a constant vigil, often with the help of the other crew members. That is a perfect example of how being at sea is safer than being near land.

Shallow water near land also has the tendency to turn a long-period ocean swell into something nasty. We see over and over how waves turn steep and ugly as the depths underneath us lessen. This is not comfortable and best avoided.

When faced with a storm, one strategy is to run off downwind and if necessary, tow a commercial drogue or something fashioned as such (warps of rope, a tire) to help limit speed. This strategy can only be employed if one has sufficient sea room to do so. If there is an onshore breeze and you’re near land, an entirely different procedure would have to be employed. Again, in this case, being out to sea means safety. 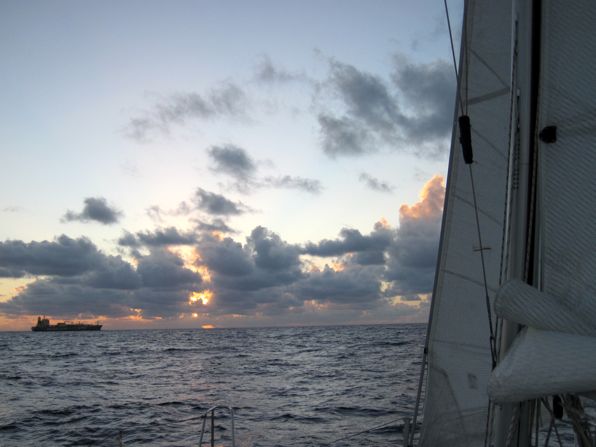 Every 10 minutes or so look around for one of these fast moving guys. 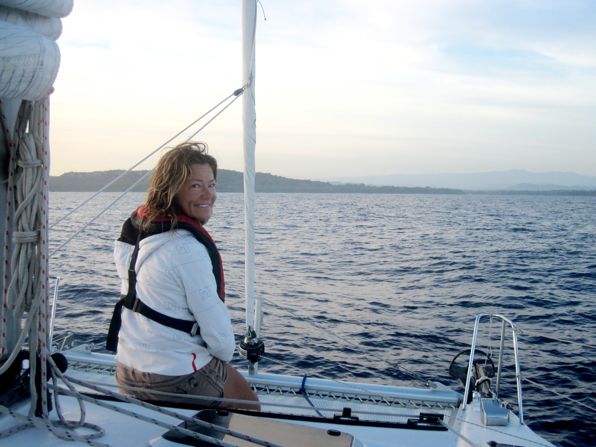 While I had come to understand all of the above, either intellectually or through practical experience, I just heard another take on this subject. When discussing long ocean passages with a particular sailor with decades of experience, he told me how he really felt safer when far out in the ocean and away from land. When I commented on his statement, thinking that he was referring to the items that I just wrote about above, he corrected me saying that what he really meant was that he was safer and more relaxed away from the people on the land. People, governments, customs agents, etc., all things that have to be dealt with again once landfall is made. Obviously we haven’t been away from land long enough to develop a mindset like that and perhaps we never will. I can definitely understand his thinking though. Who knows?

If you enjoyed this post, please consider voting again today for our friend Carlton Grooms and sharing this with your friends network. I’ve been told Poseidon will grant you safe passages if you do! 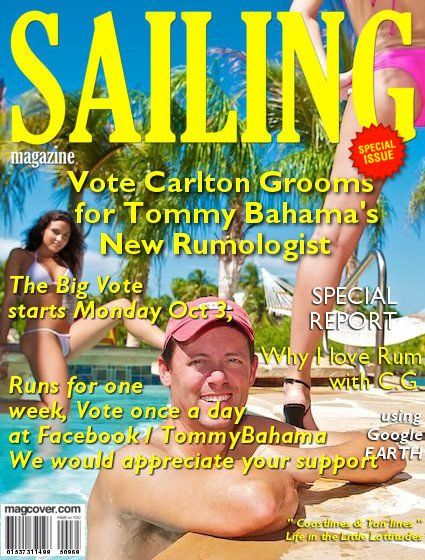