Time to do something productive

While it would be great if life could be all fun and games, every once in a while we do have to force ourselves to do something productive. Yesterday was that “once in a while” and we officially declared it a work day, or at least, a work morning.

I’m not sure where all the dirt and grime tends to originate but a good cockpit scrubbing was well overdue. Rebecca tackled that task as she does any other, with full conviction, and after several hours of scrubbing, the entire area, including the cockpit cushions and sunscreens, is near spotless.

While she was immersed in that, I set out to install some new LED lights that we had picked up in St. Maarten. While we love the lights that we installed from Bebi Electronics, we wanted a couple of other ones situated a bit further forward in the salon to illuminate our Kindles

when we read at night. Our fingers were crossed that the ones they had in stock in the store would do the trick.

As most regular readers know, prior to heading south, Rebecca and I ran a martial arts gym. Outside of that line of work, the only other job that I have had as an adult is installing alarm systems, which I did for a few months straight out of college. Now to be honest, my job there was really that of an assistant, and I spent most of my time running wires through confined spaces. Which makes it ironic that the most difficult part of the entire installation yesterday was running one wire down the inside of our mast’s compression post. Sadly, I did not have a fish tape on board to help with the job so I had to improvise and use some heavy gauge wire. When I did actually get around to pulling the lights’ power wire through the post, I planned ahead and ran a messenger line along side it so that, if I ever need to repeat that task, it will be there to help.

Outside of that post, the rest of our boat is super easy to run wires around and thus the remainder of the installation went extremely quickly. I am happy to report that the lights both look, and function great, and they made reading last night much more pleasant. 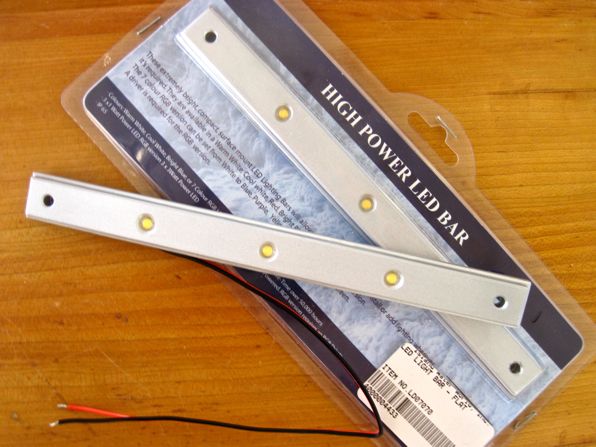 High Power means very bright, not that they use a lot of power, relatively speaking. 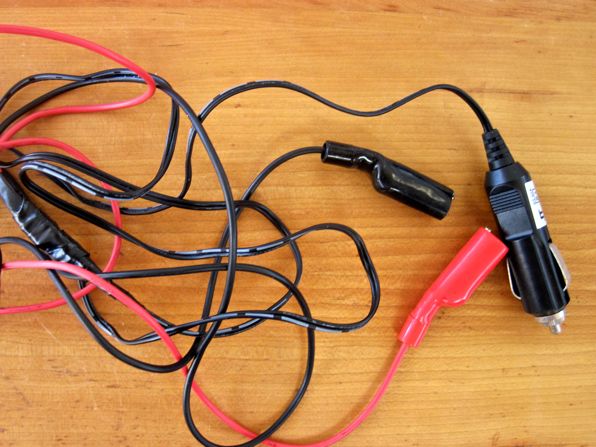 Because I wanted to make sure of the placement of the lights before I started drilling any holes, I rigged up an extension cable that I could plug into the 12 volt receptacle to temporarily power them. 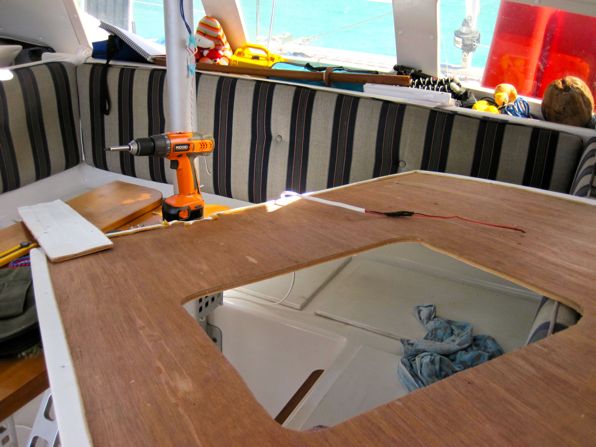 The cabin top comes down easily by removing a bunch of Philips-head screws. The vertical grey post that you see behind the orange drill was the source of some colorful language! 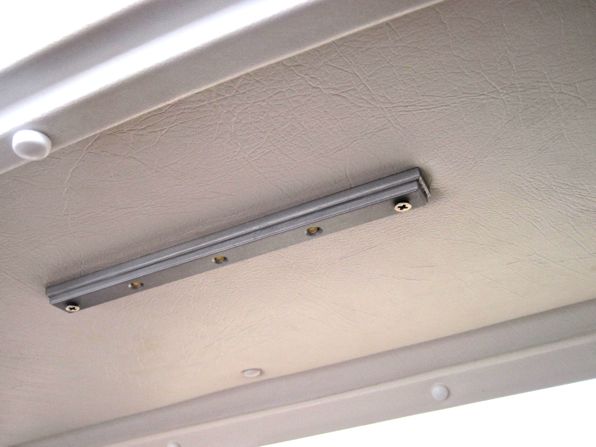 All installed, just waiting for darkness. 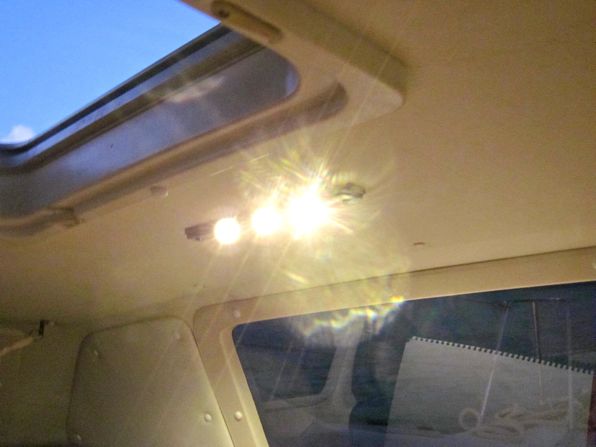 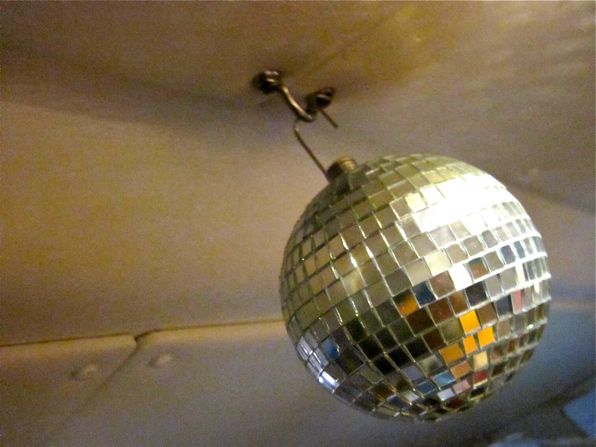 They even add a nice glow to our disco ball, don’t you think? 🙂

Speaking of lights, I still can’t believe that some boats do not keep an anchor light on at night. Before super-efficient LED lights became readily available, there might almost have been an argument against keeping a light on for those ships on a tight energy budget. Today’s LEDs draw only a fraction of an amp though. I think the one we installed from Bebi Electronics draws in the neighborhood of 0.1 amps per hour. That is nothing! There is a little dark-hulled boat near us now, anchored way out in the open, that keeps absolutely no lights on at night. I don’t think I’d be sleeping too soundly like that.

I admit it, boating is no longer fun for us