With the boat fully fueled with gas, and Rebecca and I fully fueled with tuna sashimi, we set sail from Carriacou at 6:30 PM on Friday. The journey was largely uneventful and Rebecca and I slipped into our standard 3 hours on, 3 hours off watch-keeping routine easily. Nighttime traffic was nonexistent and the winds and sea state were easily manageable. The skies were bright with stars and the only bad weather we saw was far in the distance.

Note: I only just now realized while writing this that we broke a cardinal sailing rule: never begin a passage on a Friday. Perhaps that’s why the following happened!

By the time dawn arrived, the wind had shifted right onto our nose (big surprise) making our track from St. Vincent to St. Lucia difficult. We radioed our friends on Sol-mate and Sabatticus who we knew were in St. Lucia to find out where they were holed up. After hearing that they were anchored in Vieux Fort, we pointed ZTC there. The passage between St. Vincent to St. Lucia has a stiff current and that wasn’t helping us. Regardless, it was a sunny day and we were enjoying our time on the water. Inspired by our recent fishing success, we added some new line to our reel and swapped out the hook on our lucky lure with a nice shiny one. Shortly after putting the lure back into the water we made the decision to drop the sails and motor the final 10 miles to St. Lucia. The current and winds were conspiring against us and we figured we should try to get to port a bit more quickly. That’s when the Friday thing may have reared up to bite us.

Immediately after dropping the main sail our topping lift parted from the end of the boom and went flying up to the top of the mast. Hmmmm… not good. I immediately put the engines in neutral to assess the situation. We quickly made the decision for Rebecca to go up the mast to get it and while she was busy getting ready for that, I looked back to see that we forgot about our fishing line and it was now fouled under the boat. That was problem number two.

As ZTC bobbed around far offshore, I grabbed my snorkeling mask and a knife and jumped in the water to sort out problem 2. After removing the line from both keels and one engine, the rod was freed. We did lose our lucky lure though. 🙁

The next issue was getting Rebecca safely to the top of the mast. With the boat rocking back and forth, she had to hold on quite tightly as I winched her up (we opted to do that instead of using our normal mast-climbing system). Problem two was solved with only a bruise or two to show for it. Apparently the quick-release shackle on the topping lift had somehow parted. We won’t be using one of those again. 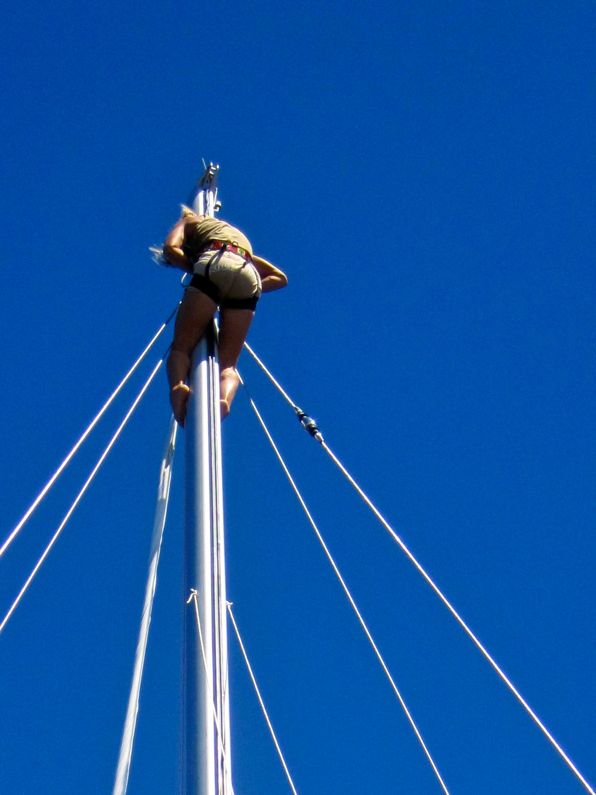 Almost ready to resume our travels, we went to tidy up the main sail only to find a nice rip in it. That was problem three. Oh well. That’ll just give us something to work on today. 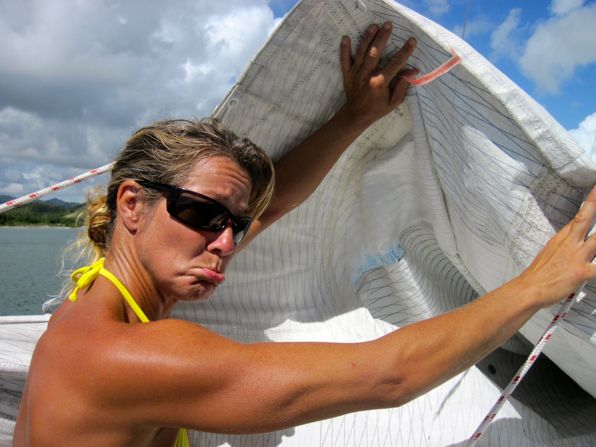 Oh, and we saw a whale off our starboard beam, only we didn’t run into it like we did the last time we sailed these waters! 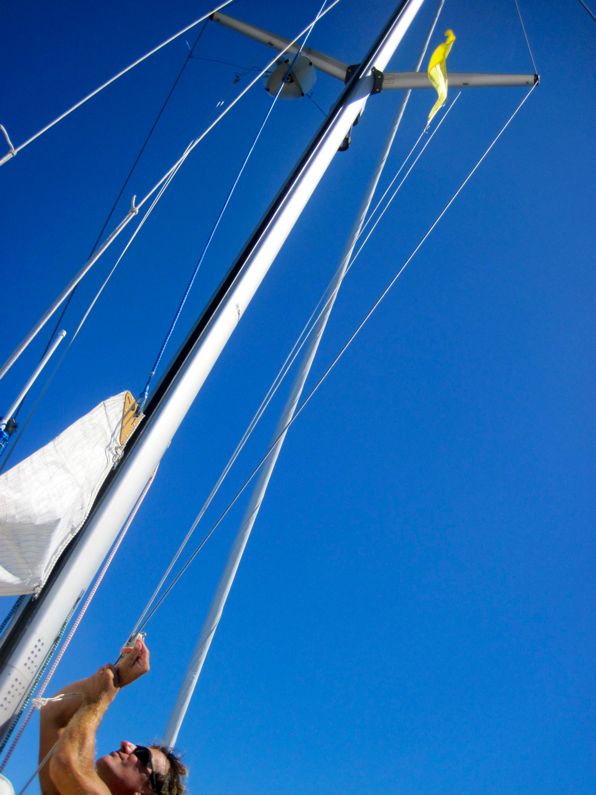 Getting ready to make landfall.

After anchoring beside our friends in Vieux Fort, we decided to make a quick trip into town with them. While in our dinghies a police or coast guard vessel, not sure which it was actually, came around to warn us of some thefts from yachts. They counseled us to leave someone onboard. Long time readers may remember that I wrote how another sailboat was robbed in Vieux Fort the last time we were here. Not good! Although we didn’t leave someone behind, we did ask a couple on a neighboring boat to keep a watch for us. Coincidentally, or not, just after the police left we saw a couple of guys in a local boat doing a drive by around our boats. It could have been innocent but just in case, we snapped a pic of them and made sure they saw us doing it. 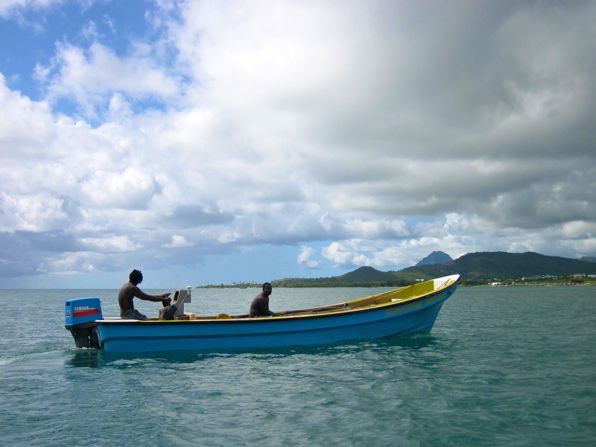