The lay of the land

Our arrival port in the Galapagos was Puerto Baquerizo Moreno on the island of San Cristobal. Neither of us were quite sure what to expect when we arrived but I know that it definitely wasn’t this. The harbor appears quite busy after having 30 ARC boats descend upon it, necessitating the use of both bow and stern anchors to prevent the boats from bumping in the light winds. There is no dinghy dock to speak of but that isn’t a hindrance at all as there are numerous water taxis, patrolling the harbor, who will pick you up with a wave of a hand (or a VHF call) and transport you to and from shore for a dollar US per head ($2.00 at night time). 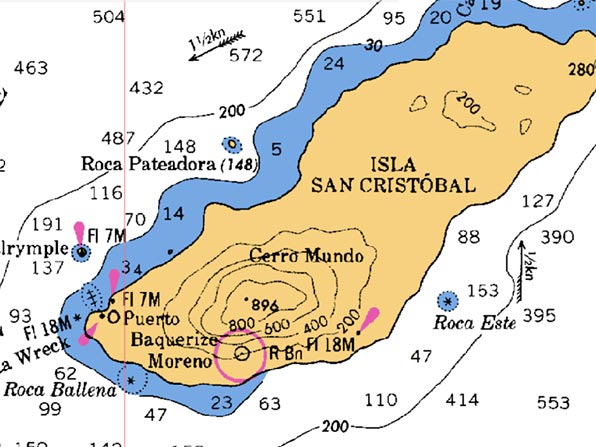 The town obviously depends a lot on tourism and either for this reason, or because it’s in their nature, everyone seems very friendly. We see numerous small hotels and hostels in the area. There are also quite a nice number of restaurants, including a brand new one with food and service that would rival what you’d find in a large city. We have been taking full advantage of them!

One thing that is quite unique is that the city has more sea lions lounging around than towns in the Eastern Caribbean have dogs, and that’s a lot! They take some getting used to but the locals seem to ignore them, obviously having grown accustomed to their presence. The sea lions are so prevalent that the boats in the harbor with accessible boarding platforms, catamarans with sugar-scoop sterns predominantly, had to take measures to stop the beasts from climbing aboard. We blocked off Two Fish’s transoms with some plastic fencing that Jason had brought along for that purpose (he had done his research) and it seems to be working. This morning, on our way to breakfast, the owners of another Antares cat (there are three in the rally) told us how they had several sea lions make their way on board their boat last night, one taking up residence in the cockpit. Funny stuff, only on other people’s boats! 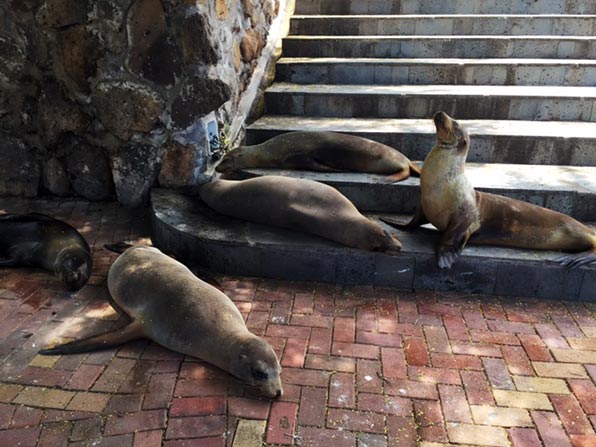 We have some organized tours planned in the next few days but today, Rebecca and I are going to try to do some exploring ourselves. We don’t have much time here so we want to take full advantage of it.

Video of us going over a waterfall!!!

See you in a few days