I can understand why some people turn their radios off

I’m a big fan of the VHF radio. Not only would it allow us to reach out for help, should we ever require it, we can also use it to gather info, or communicate with nearby friends. Being a by-the-book kind of guy, we always have our VHF radio tuned to channel 16 when underway. We also almost always have the radio on at anchor, tuned to whatever the local hailing frequency is. That said, I can totally empathize with those who opt to turn their radios off at anchor, and I’ll admit to being tempted to do so myself when we find ourselves in high-traffic areas. 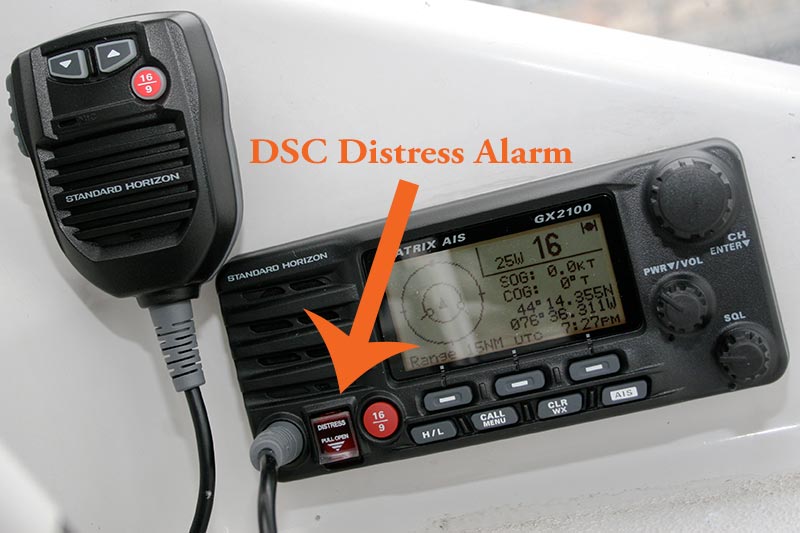 The range of a VHF radio is only 10-15 miles, so at sea it is possible to go a very long time without hearing any radio traffic. In crowded anchorages though, where the radio becomes the primary source of communication between neighboring boats, the traffic can be considerable. In Grenada, where we spent our summers, and in Martinique where we are now, there are hundreds if not thousands of occupied boats. I remember that Georgetown in the Bahamas was quite similar too. That equals a lot of radios!

Even if everyone employed proper radio protocol — using the hailing station to make contact with their friend and then immediately switching to a working channel — the radio noise can get quite annoying at peak times. And that’s a big if, because many don’t. For example, it is not uncommon for people to hail their friends over and over again in rapid succession, or even worse, strike up a conversation on the hailing channel itself. In Martinique, when this happens, the conversations can take place in any number of different languages. If in English, it won’t be long before someone breaks in to (hopefully) politely ask them to switch to a working channel to converse. When it happens in a different language though, it often goes on unchecked (I don’t know Italian but I have to imagine that what you’re saying is something more than let’s switch to channel 69).

A solution to much of this can be found within the DSC system. Digital Selective Calling allows a party to “phone” another station, and have their radio switch directly to a working channel, without the whole “Frost, Frost, Frost, this is Zero To Cruising, Zero To Cruising” thing. All that is required is for you to know the other party’s MMSI number, and to have a DSC capable radio (which, at the moment, we do not).

Occasionally we also run into the situation where commercial ships decide to use the local hailing channel for their working traffic. There’s not much that can be done about this as they have every right to do so, but it does make for an annoying day, or even worse, a sleepless night!

Speaking of nighttime, many cruisers opt to leave their radio turned on throughout the night for safety reasons. It’s been proven that in times of distress (anchor dragging, boardings, etc.), our neighbors can be our most effective means of assistance. It’s worth noting that the DSC alarm can play an important role in times of actual distress. While I haven’t tested this myself, I have been told that even if the volume of the radio has been turned all the way down to eliminate random chatter, it will still sound a loud alarm when the DSC distress button on a VHF radio is depressed. Some cruisers opt to do this overnight.

Yesterday afternoon, we had a different, but also annoying radio anomaly. Every once in a while someone will make the mistake of sitting on their VHF mic, or through some other method, leave their mic open. No foul, we all make mistakes. At a minimum this situation creates a static noise that can be heard by everyone in VHF range, which is what it did yesterday, all afternoon. In other cases, the conversations of the offending boat are broadcast to everyone in the area. That can be amusing! Inevitably someone will get on the radio and make an announcement about this situation, directing everyone to check their mic, failing to grasp the fact that since the station with the open mic is transmitting, they are the only ones who won’t be able to hear that announcement.

Is our radio on right now? You bet, and since there’s only been intermittent traffic this morning, I have been allowed to enjoy my coffee, and write this post in peace. Will it remain quiet for the remainder of the day? Your guess is as good as mine. Does all this make me sound like a grumpy old curmudgeon? Quite possibly, and perhaps that’s what I’m turning in to. I should point out though that no matter how grumpy I get, I never turn into the radio police. If the chatter bugs me enough, I just turn the radio off.

Staying in a treehouse