Although I had great hopes for getting much of the installation accomplished yesterday, we were instead only able to finish a lot of the prep work. The very-chilly morning began by first, unboxing and inspecting the gear and then later, developing a plan that I thought would work. 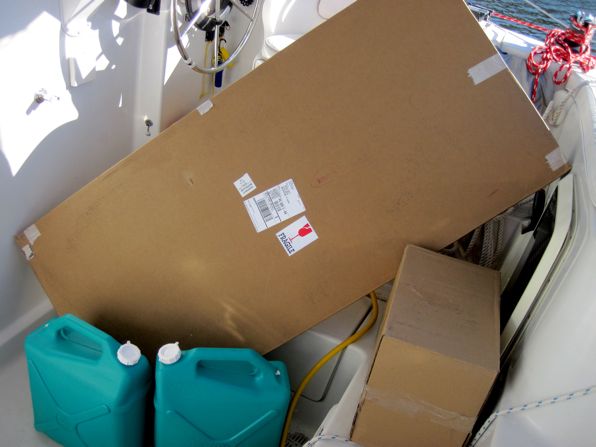 Try carrying this in a little dinghy! 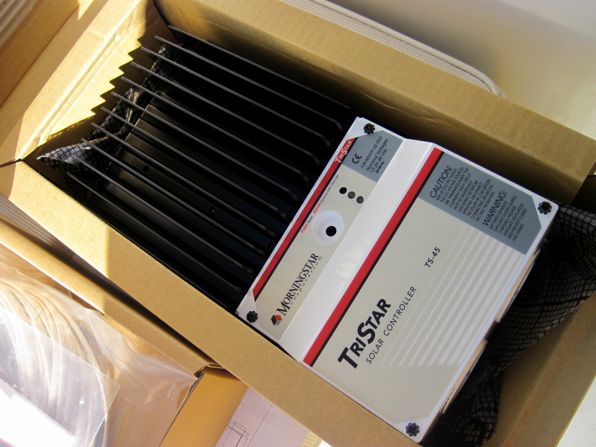 Our 45 Amp solar charge controller.
This one set us back a bit more than the dollar we spent on the last one we purchased.

Putting the newly-formulated plan into action though would require an extensive shopping excursion and that wasn’t going to happen until our friend Bill could join us. Sadly, running all over town to Lowes, Ace Hardware, Napa and West Marine took the better part of the day. Not satisfied to leave it all until today though, in the dwindling light of the late afternoon, Rebecca and I got a start on what will ultimately become the frame that will hold the panel on our stern rail. 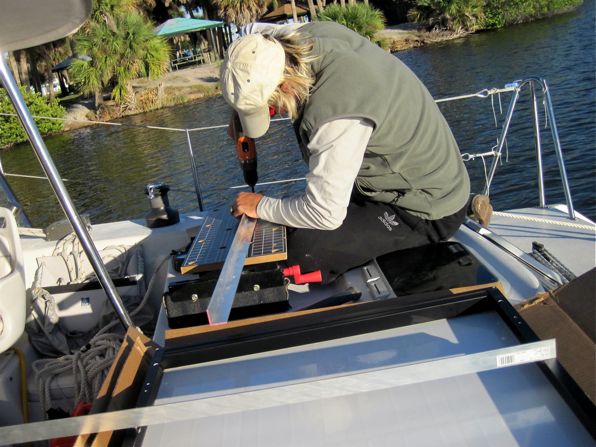 Starting to work on the mounting frame for the panel.

On a different topic, for anyone looking to purchase a catamaran, we saw the nice Manta in the background of this pic go by us the other day and apparently it is for sale! 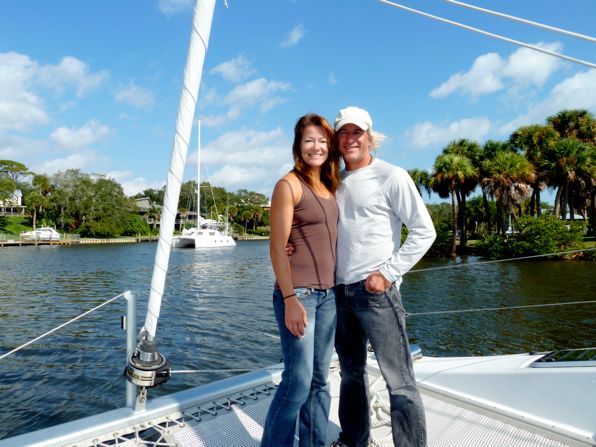 It’s a gardening tool, not a weapon!

When I say mega, I mean MEGA!

Where will we go?