Why so late in posting today? Because we were off and running early this morning, in the dinghy by 6:30 AM with barely a cup of coffee into us.

We have not been the only ones busy though. Quite the opposite, in fact. One Love’s owner, Michael, has been playing a valuable role in helping us to get the boat professionally refitted. If you take a look at the image below, you’ll see the shipment that he organized to have sent here, a shipment that we were due to pick up this morning. 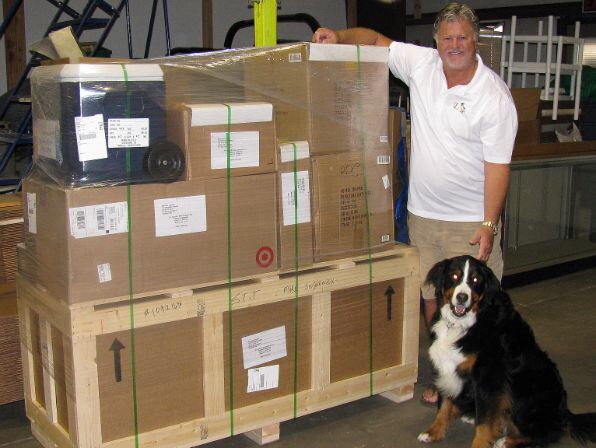 Over 400 lbs. of spares, lines, dishes, cutlery, tools and other goodies, together with our massive cooler, had been arriving on Michael’s doorstep in Colorado over the past month or more. One of his jobs was to get all of that stuff here in one piece, preferably economically and on time. No easy feat.

After the goods had all arrived, we learned that Michael sought out some help from Shippers’ Supply Custom Pack in his home town of Loveland. According to him, they are the shipping and packaging experts with over 25 years in the business. They built a custom crate for the cooler so that it could make the long journey to St. Thomas without damage. Of course, the cooler was filled to the top with stuff, and even more stuff was piled on top of it! Michael was very pleased with their efforts.

We had FedEx deliver that massive shipment to Miami where it was then loaded onto a Tropical ship for delivery here to St. Thomas. It was then that the package was handed off to Daniel from Beep Business Service. He made sure that the package cleared customs properly and was then online to deliver it to the dock for us to pick up this morning. The question was, where should we get it?

We anchored the boat last night just before dark right outside the Tropical shipping facility in Crown Bay. Our thoughts were that we might be able to tie up alongside their concrete bulkhead for just long enough to get the stuff onto the boat. After two recon trips in the dinghy this morning, we decided that that would not be safe for the boat and reverted to our plan B, having Daniel bring the goods around to Crown Bay Marina. That turned out to be a great thing.

After hailing Crown Bay on the radio and making arrangements with them, we raised anchor and made our way in behind their break wall. They allowed us to tie alongside one of their docks which was perfect for taking on board the cooler and the dozen other boxes. While there we also checked out their onsite grocery store and chandlery, and had breakfast in their restaurant. Additionally we ran into Byron, a canvas maker we had previously corresponded with. He will be redoing the cockpit sunscreens for us and it just so happened that included in our shipment was the fabric for that project. We handed over the roll of yellow (of course) Sunbrella and our old sunscreens for him to use as a template. Before we cast off I made a point of introducing myself to the staff there as we’ll almost assuredly be in and out of the marina a lot in the coming season. When it was all said and done, they didn’t even charge us for the couple of hours that we were tied up there. Bonus! 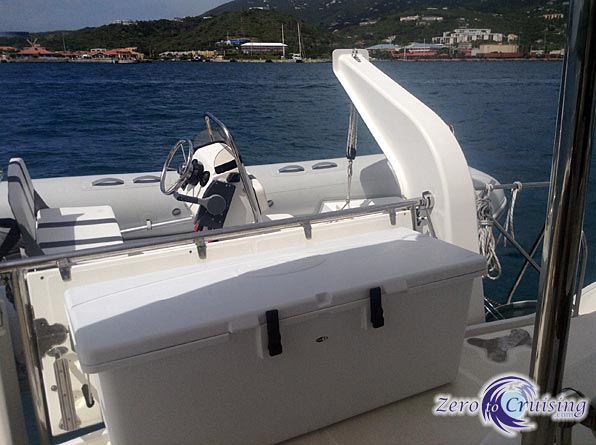 The Eagle has landed. 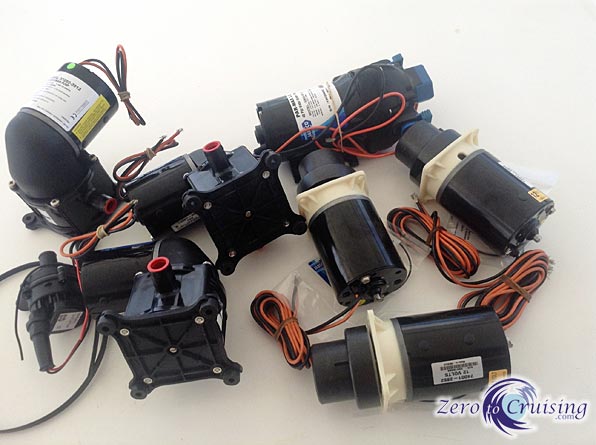 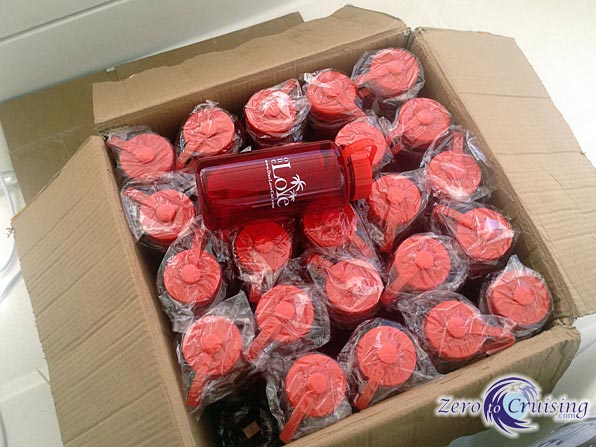 And lots of water bottles to give to our guests too!

Surprisingly, with just a few hours of work back at anchor, we (Rebecca!) was able to find a place for almost all of the new stuff. That still left us time in the day to make the dinghy trek over to Long Bay to Flagship’s office to pick up the replacement O-rings for our watermaker. They arrived yesterday and Kelly at Flagship was kind enough to sign for them for us. One of tomorrow’s tasks will no doubt be installing those O-rings to try to get the system functioning again. Let’s hope it works! 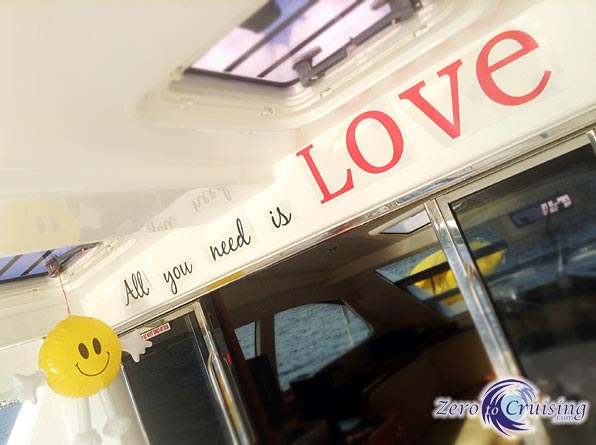 All you need is (One) Love!

5 reasons why life in a boatyard sucks!

How well do you know your boat?

How many drill bits does it take to drill a hole in a stainless bolt?