With a draft of only just over 3′ (that’s how much water we need or we touch bottom) it is only natural that we end up in the shallowest part of the marina. Along with the shallow water though comes weeds, or what we like to call “salad.” Plenty of salad!

Near the end of last season the weeds were so bad that even we, with our 3′ draft, needed to move to a deeper area of the marina. I’m sad to report that we think the weeds are as bad now, or even worse than they were in September 2009. On our previous two trips out sailing we have had to stop our boat at the mouth of the bay and dive underneath to clear the weeds from the engines and the rudders. The first time this happened we didn’t realize how bad it was until we got the sails up and had difficulty steering. Yesterday, while taking a couple of friends out for a day sail, we decided to play it safe and dive down to check before messing with the sails. Good thing we did. There were so many weeds I actually came out of the water laughing and asked Rebecca to go get the camera so I could take pics. The following photo shows only a small fraction of what was down there. Crazy! I think it’s just about time to head south. 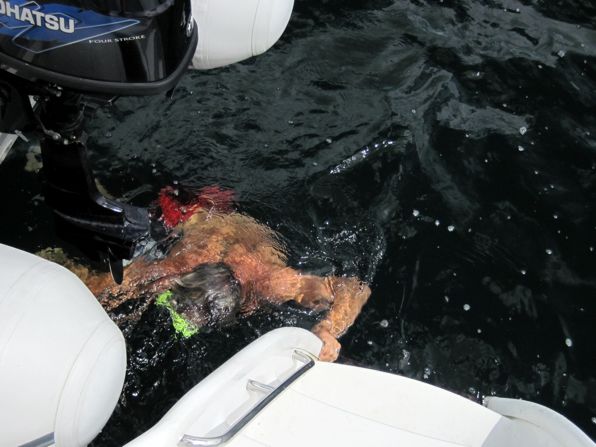 Yes, we turned off the engines before I got in the water! 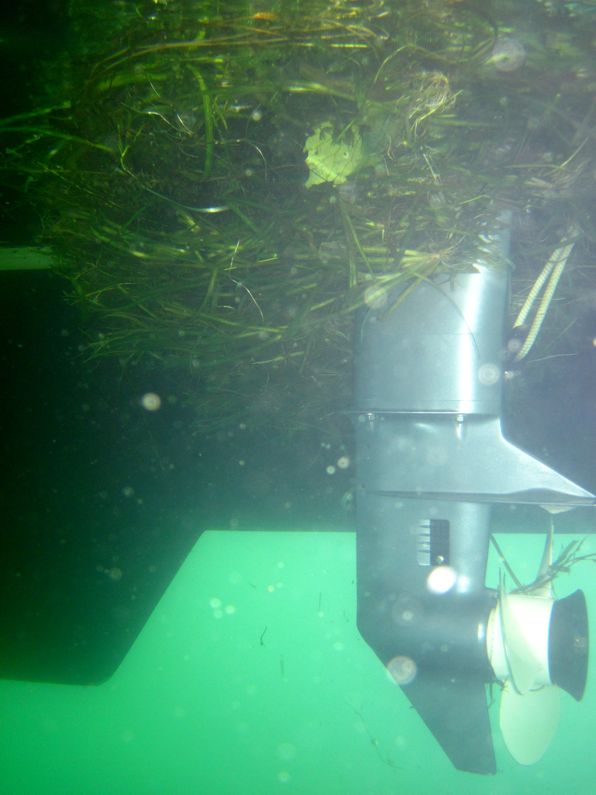 Just a fraction of the “salad” that was trying to go for a ride with us.

Changing the subject, the following video is a montage of clips from our fast sail from Presqu’ile to Waupoos on July 17th. You might want to take some motion-sickness medicine before watching the clip as it was a pretty wavy ride! 🙂

If you’re looking for even more in the way of pics and videos, there is plenty on our Facebook page, including over 80 photos from our recent circumnavigation of Prince Edward County.

Time flies and you never know where it’ll fly to

JADIP (Just Another Day In Paradise)