OK folks, here’s my excuse for not updating the blog since Monday: we spent the last 5 days on a schooner built in 1902 and Wi-Fi didn’t exist back then. Is that good enough? Seriously though, hopefully this lengthy and photo-heavy post makes up for the last few day’s silence.

According to plan, Rebecca and I left ZTC safely* tied up in the Port Louis Marina and made our way back to Hog Island to meet up with the Captain and crew of Coral last Tuesday. After a social evening on board, and a comfortable sleep, Rebecca and I were “thrown into the fire” as we raised anchor and sails Wednesday morning to make way for Carriacou where the regatta was to take place.

I’ll be honest and say that the two of us were not selected as crew for our wealth of sea experience, nor for our charming personalities, although Rebecca may have scored a few points in that category. We were chosen because Pete, Coral’s Captain, felt that we were in good enough shape and strong enough to help with the operation of the boat. Even though I knew this, I must say that we both underestimated the amount of physical work that it takes to get that ship going. Before moving could even be considered, sails needed to be raised and the anchor lifted off the bottom. Just as there was no Wi-Fi in 1902, nor were there electric windlasses and winches to do these jobs for us. Raising the sails on a gaff-rigged schooner of that size took no less than 4 people working in concert. Then came the anchor, and our introduction to the anchor windlass, less than affectionately nicknamed Lucy (short for Lucifer). Again this took about four of us to do the job, not including those at the helm. With a fair amount of grunting, groaning and whining, both by the windlass and those operating it, the anchor was finally brought on board and we were able to get to work raising the rest of the sails. Oh yes, a boat like this doesn’t run on just a main and a jib like ZTC. We continued on raising canvas until we were flying both main sails, a stay sail, a jib, a flying jib and two topsails! Yes folks, that equaled a lot more physical work, but once done, we were all smiles as we sailed on towards Carriacou. Oh, did I mention that it was pouring rain the entire time? Judging from our smiles and those of the rest of the crew, no one was all that put off by the rain, and neither was the large pod of dolphins that escorted us along the western coast of Grenada.

Tyrell Bay was our destination for the day and with just a tiny bit of help from the engine, we made it there with a bit of light to spare. I would love to say that lowering the sails and anchor was a lot less work than raising them but that wouldn’t be at all true. A lot of coordinated effort was required, leaving everyone tired but happy. We had made it! 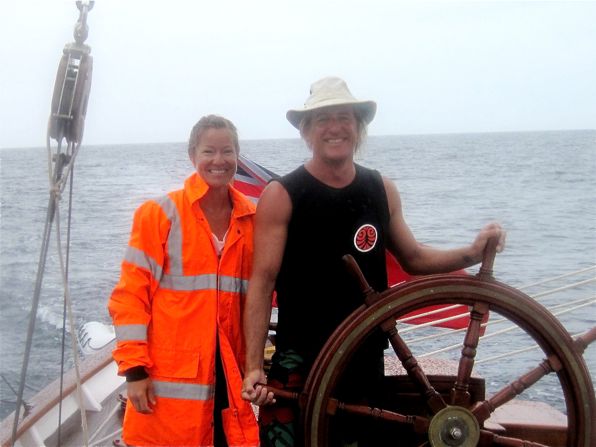 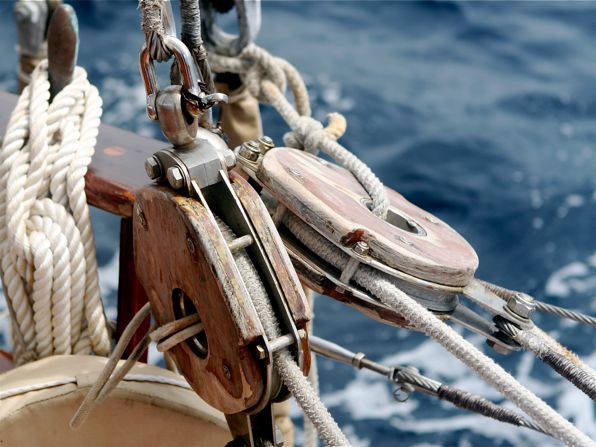 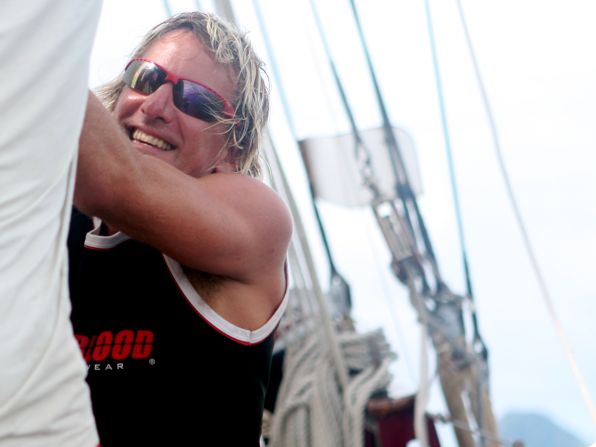 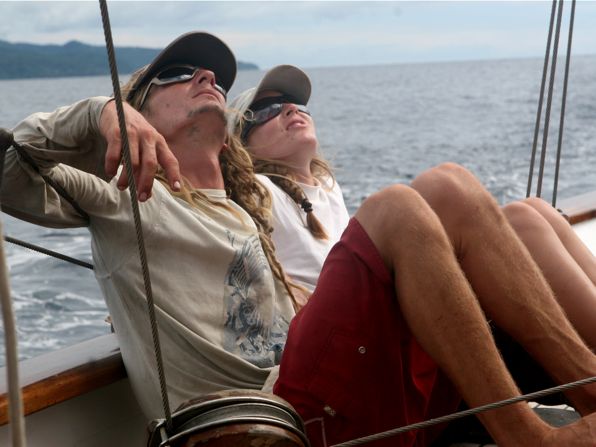 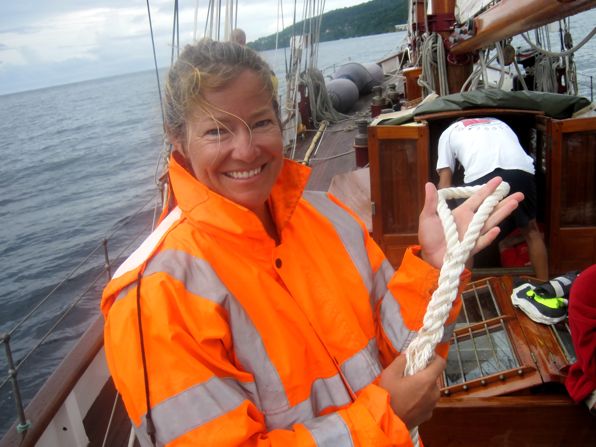 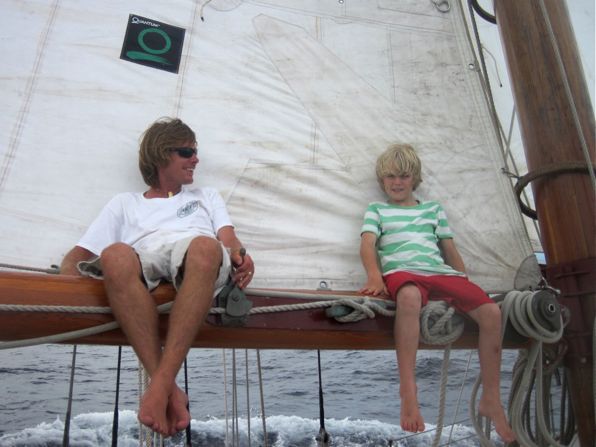 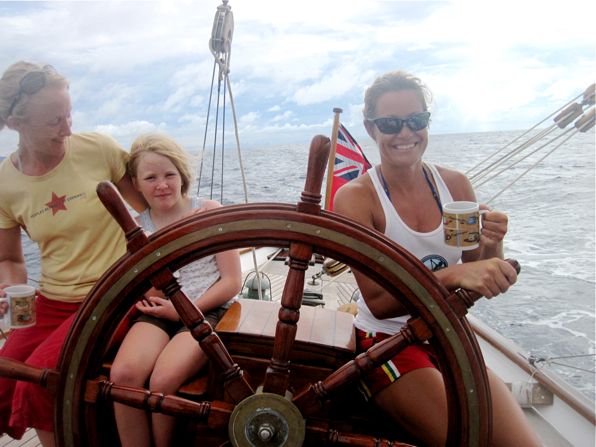 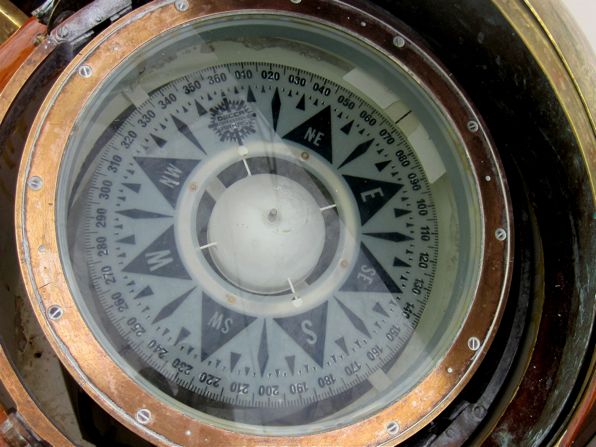 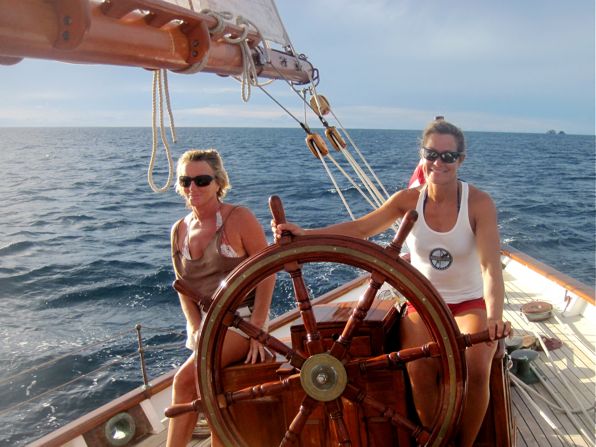 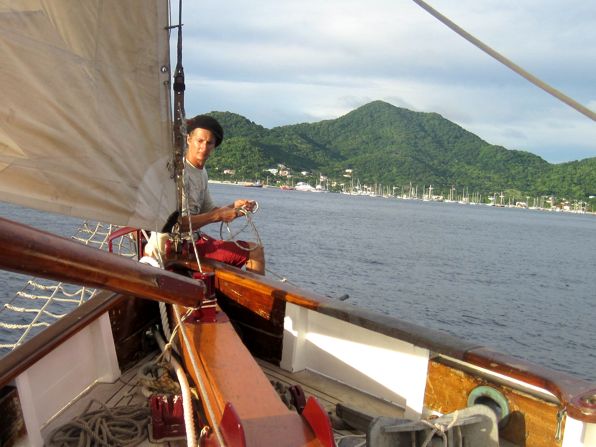 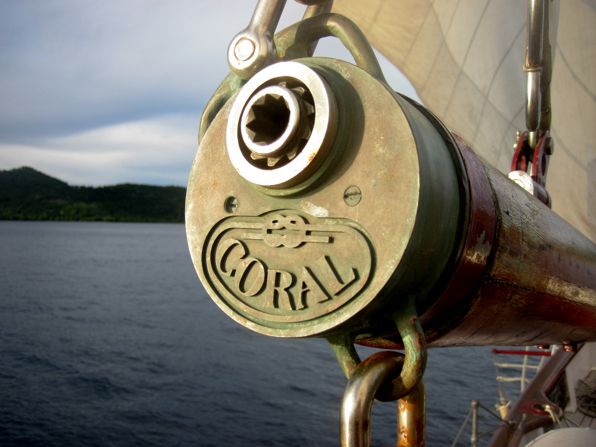 Thursday was a day of rest for the crew, or at least it was meant to be. Shore excursions were organized with various people going in different directions. Of course, rest is not in Rebecca’s vocabulary so the two of us just had to do a morning TRX workout (of course we brought the TRX with us). As the time approached for the 5:30 PM skippers meeting for the people participating in the regatta, those of us remaining on board watched with concern as Coral continued to swing closer and closer to an old boat anchored beside us. We watched, we deployed fenders on the side of the boat closest to the other ship and we watched some more. Just minutes before we were set to head to shore, the decision was made by the Captain to raise the anchor and reset it elsewhere. Do you remember what I just wrote about the anchor windlass? How the only suitable name for the beast is Lucifer? Now short handed (the first mate Daniel and crew member Beata were ‘conveniently’ stuck on shore while this was going on), we had to all get sweaty once again, grinding up the heavy chain and huge Danforth-style anchor to move the boat elsewhere. Calories were expended; sweat was shed and the boat was moved. Just another day on a schooner. 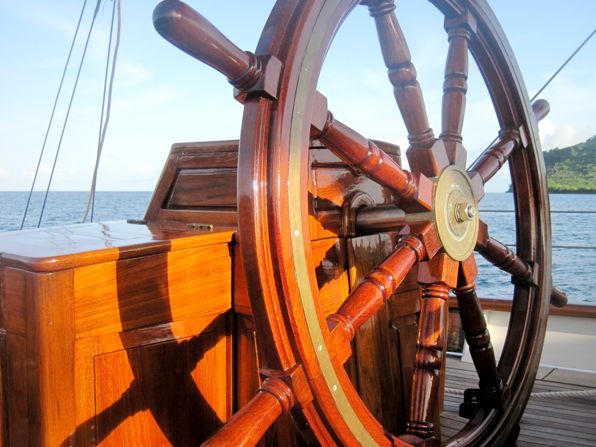 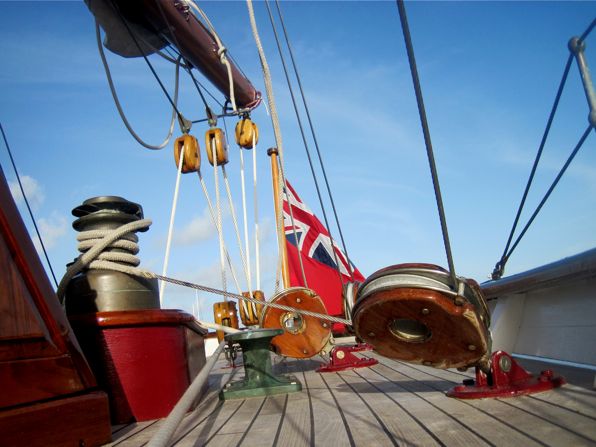 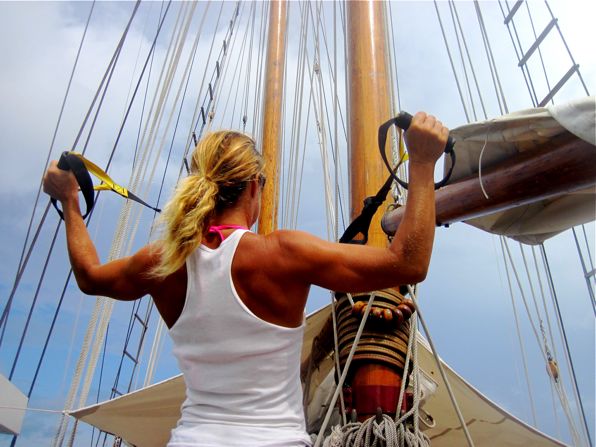 Friday was race day, or it was for some people. For others like us, we were not officially racing but rather sailing in the same direction as the other boats around the island of Carriacou (officially it was a two-handed race and we had considerably more crew on board than two, as did several of the other boats). In addition to being race day, Friday was also my birthday and we were all pleased to find that I was given not only the gift of sunshine but wind! As you can probably imagine, moving an 80 ton boat requires a bit more wind than to move ZTC, and we had it. In conditions that would have likely been very uncomfortable on our cat, Coral was in her element. She screamed around the course, sending spray over the bows. Even without full canvas up, we were at times likely making about 9 knots. The only mishap that occurred was when a large metal fitting at the end of the fore-main boom gave way requiring a bit of quick thinking and repair. On the Captain’s order, the sail was lowered, the fitting lashed down with Spectra (everyone should have some of this on board for just such an event) and with the boom repaired, the sail was once again raised and we continued on as if nothing had happened (of course, a real repair will be necessary when back in port).

In shorter time than many of us expected, we were once again back at Tyrell Bay, the start/finish line of the race. I’m not positive but I don’t think the people on the committee boat saw the humor in Pete sailing directly at them, tacking away at the very last minute. I was near the bow as we quickly approached the other boat. When I looked back to see Capt. Pete sitting relaxed and smiling at the helm, I stopped stressing and enjoyed it too. Following that bit of fun, in what I felt was an amazing display of seamanship, we not only went through all the motions necessary to ready the anchor, we actually set it under sail! We have never even done this on our little boat let alone on an 80 ton schooner. Very cool. The day ended as a race day (and birthday) should, with friends, drinking, dancing and socializing at a local pub, in this case, The Lazy Turtle. Yes, we slept well after that! 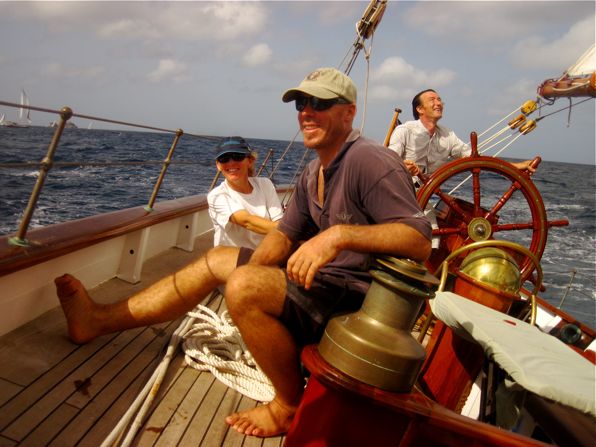 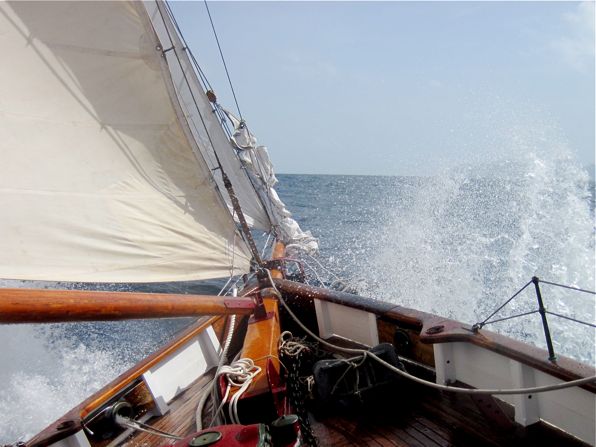 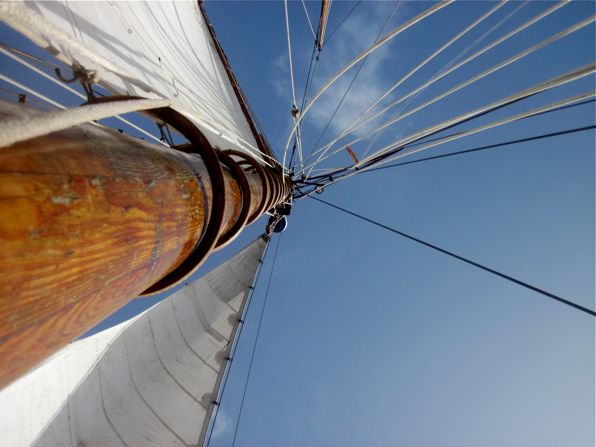 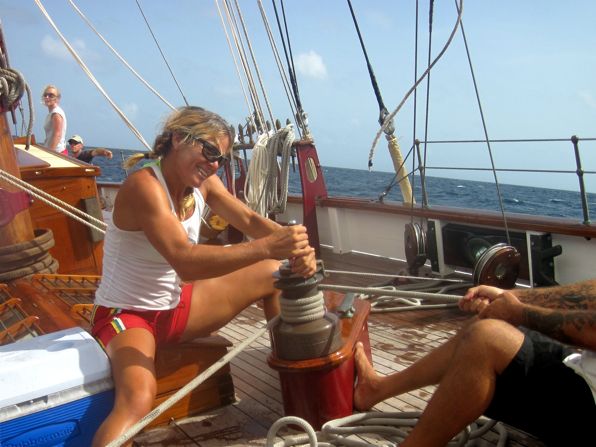 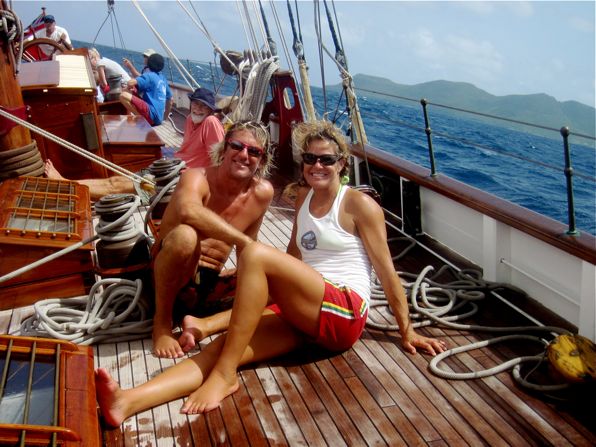 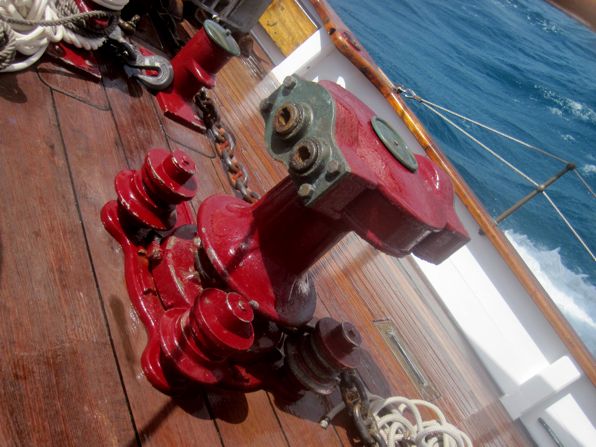 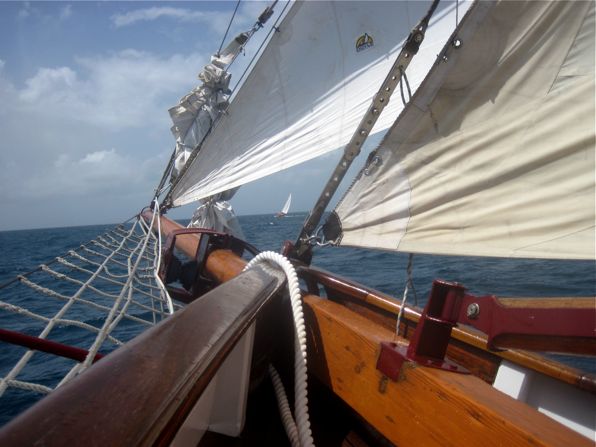 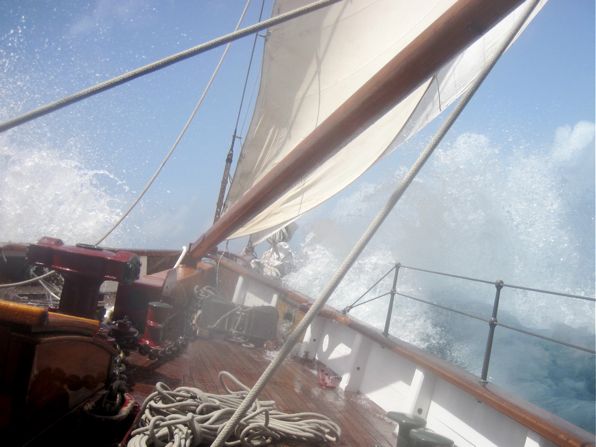 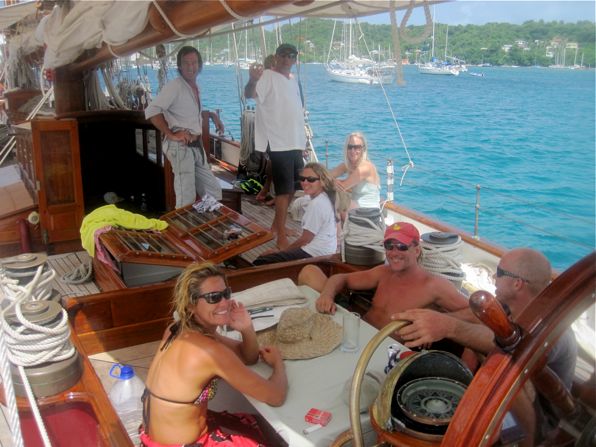 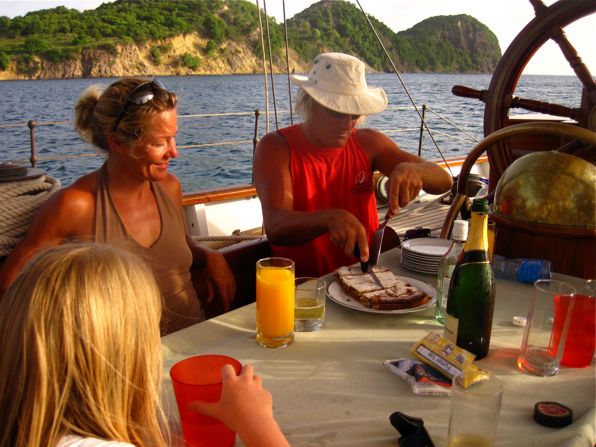 As those following the Caribbean weather might imagine, a large topic of discussion at Friday night’s post-race party was the approaching blob of bad weather. At this moment the National Hurricane Center site shows it has a 100% chance of developing into a tropical cyclone. 100%… you can’t get much better than that! Not only responsible for the safety of Coral, Capt. Pete was also well aware that we wanted to be close by ZTC should any really bad weather threaten us. An early morning trip to a neighboring boat gave us the info that most sources were predicting that yes, the weather would spin up into a tropical cyclone but that should it make landfall, it would likely occur safely north of Grenada. In spite of this, we still decided to head back to Grenada right away instead of waiting until Sunday as was our initial plan. With several less hands than we sailed to Carriacou with, we once again went through the physical process of raising sails and anchor. After poking Coral’s bow out of Tyrell Bay, we were once again greeted with some wind, although a fair amount less than we had for race day. Instead of heading down the leeward (west) side of Grenada, our route to Carriacou, the Captain gave orders to sail down the windward side. The advantage to doing so is that in theory, we would find cleaner air (less fluky winds than on the leeward side) and we would have a nice downwind sail along the southern coast instead of an ugly beat to windward should we have gone the other way. The day was beautiful, the sailing nice and the company perfect. What more could one ask for?

It was just after dinner time when we sailed through the narrow cut into Hog Island, ready to either pick up the huge anchor that Coral had left attached to a float (no, I didn’t mention the 400 lb. fisherman anchor that Pete had left behind) or drop the ship’s primary anchor. With only a tiny bit of improvising, Coral was safely secured and cleaned up. Before heading back to Port Louis to meet up with ZTC, we all made our way over to Roger’s Bar on Hog Island to share a couple of cold ones. Oh yeah, we were all ready for that!

How many ways can I say this… the experience was awesome and we are so grateful for being allowed to participate. Both the memories of the trip and friendships we made during it will no doubt last and last. 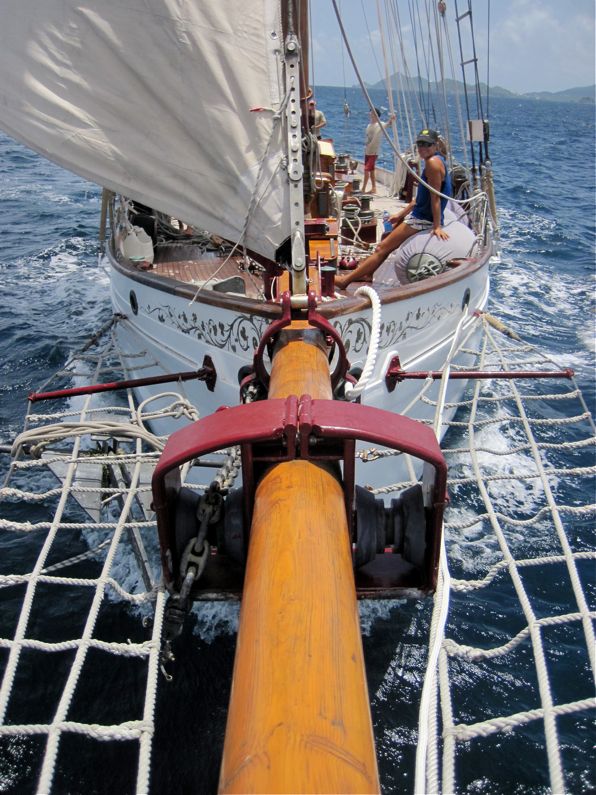 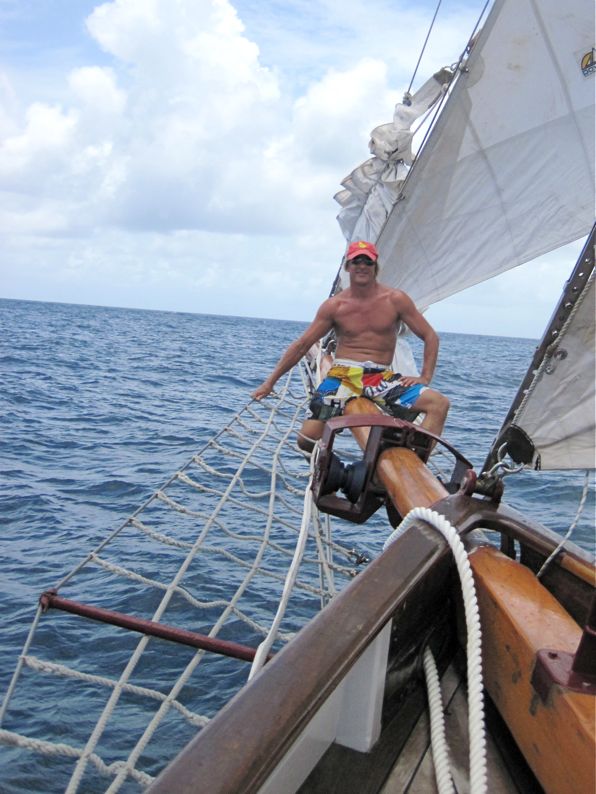 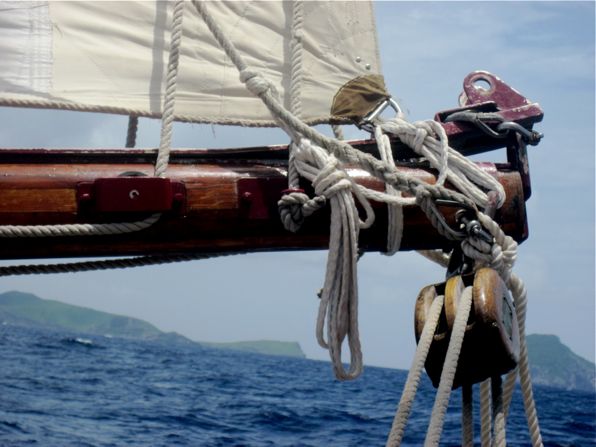 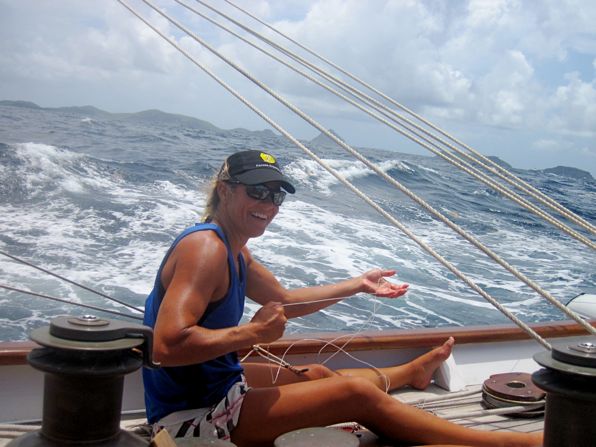 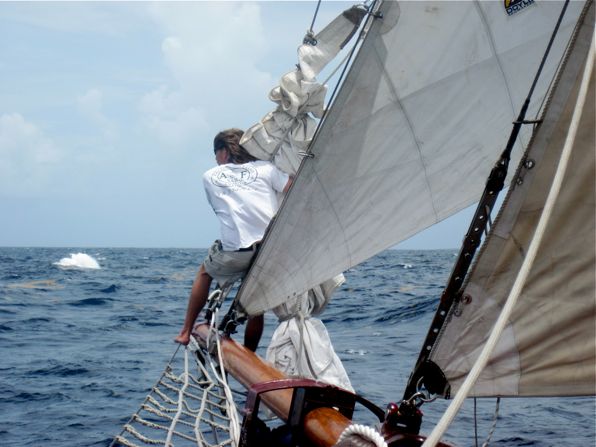 *When we returned to our boat late Saturday evening, our dock neighbor informed us that the wind had kicked up to about 30 knots during a portion of our absence. He kindly adjusted one of our dock lines and made sure that our dinghy wasn’t chafing on the dock. Many thanks!