Running out of names?

After our initial struggles getting underway today (our windlass failed to work so we had to pull the anchor up by hand), we had a great sail. We had winds from 3 to 24 knots, boat speeds ranging from 2 – 9 knots and seas from glassy calm to BIG. We did remember to turn our Spot tracker on so if you’re so inclined, you can view our sail track on the Where page of our blog.

As we made our final approach to Carriacou, it occurred to me just how uncreative we (humans) are when it comes to naming geographical objects/locations. As an example, the two large rocks (islands IMO) to the SE of Carriacou are known as the Sister Rocks. The sandy island to the east of Hillsborough, Carriacou, where we’re anchored now, is known as, you guessed it, Sandy Island. Coincidentally, just outside of our home port in Lake Ontario were the Brothers Islands (perhaps they’re related to the Sisters?). Less than half a mile from these islands was Sandy Bay (and a couple miles from that was Big Sandy Bay). We have come across multiple Sisters on our way south and an untold number of Sandy Bays, Cays and Islands. I guess it’s to be expected considering every city in Canada has a King St., Queen St. and a Princess St. As I said, not too creative. 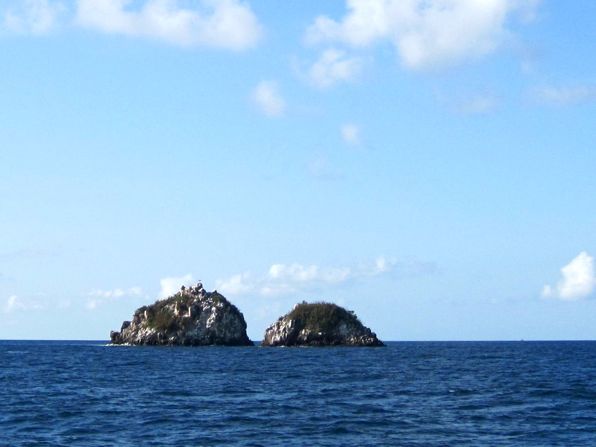 The Sister Rocks, SE of Carricou. 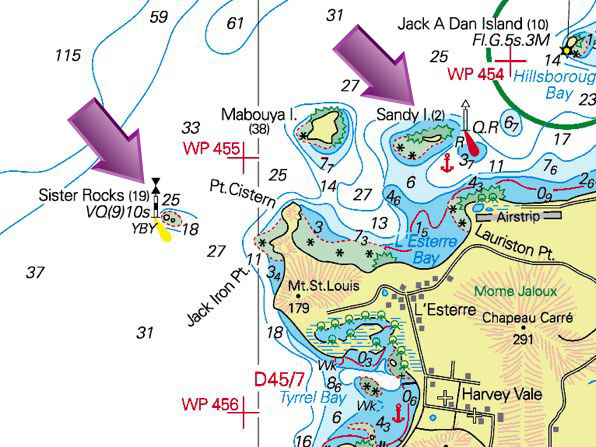 Bonus marks for those who can tell me what kind of marker
is shown on the chart by the Sisters and also what it means. 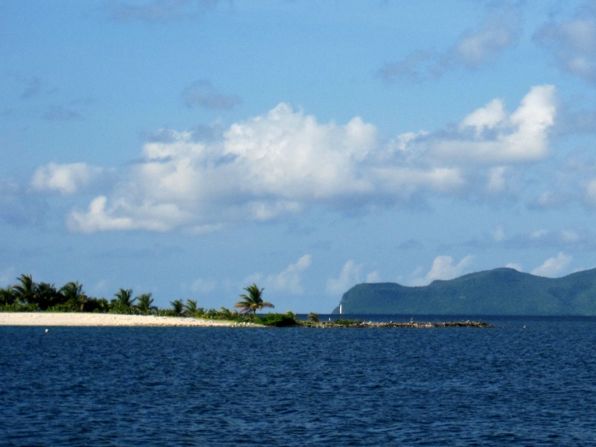 Sandy Island is actually a snorkel park of sorts.
If the weather is nice tomorrow, we may dinghy over there to check it out.