On purchasing an X-charter boat

Don’t buy an X-charter boat is often spouted as gospel by those who frequent internet forums. Their reasoning is typically that the boats have been “rode hard and put up wet”, used and abused by their crews or bareboaters and thus will be full of problems to the potential buyer. While there may be some truth in that, purchasing an X-charter boat from a reputable company could offer some benefits.

“If you repeat a lie often enough, it becomes the truth.” Joeseph Goebbels

Before our friend Michael purchased One Love and renamed her, she was named Serendipity and was a bareboat charter vessel in the Moorings fleet. She was in the program for 5 years before being offered for sale by her owner. What many would-be buyers may not know, when a Moorings boat is sold it goes through as extensive Phase Out before the new owner takes possession. The idea is that this is when many of the vessel’s deficiencies are taken care of, and we all know that all boats have issues, new and used.

In our personal case, we had Serendipity professionally surveyed on March 7th, this being a condition of the purchase contract. The survey resulted in a CAOV (conditional acceptance of vessel) which listed 77 items that would need to be addressed before closing on the boat. The Moorings looked at that list and agreed to tend to 76 of those items, the other 1 being attributed to normal wear and tear. 76 out of 77 is pretty good, right? The question is, would they follow through?

As it turned out, the Moorings crew had tackled the vast majority of the items before we even arrived in Tortola. When we did show up at their Phase Out facility in Hodges Creek, we found numerous men at work on the boat, each tending to their own specific items. 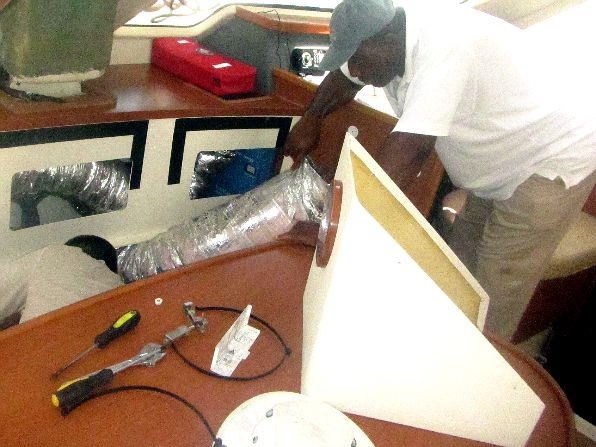 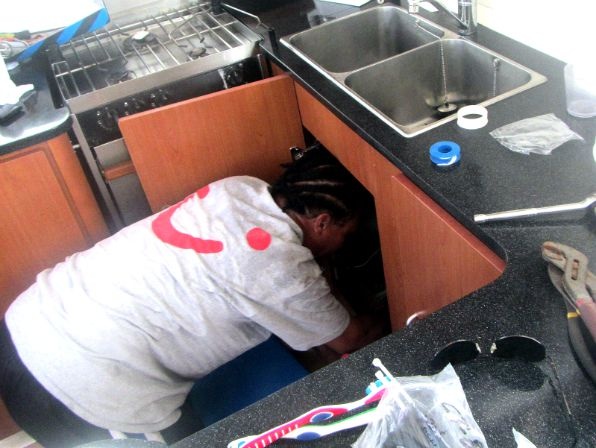 With the BVI carnival commencing shortly after we arrived, we ended up in a bit of a time crunch. Having addressed almost all of the items on the CAOV, Michael was under some degree of pressure to sign off on the boat even though we had yet to take her out for a sea trial. It was then that we had to take another leap of faith.

After being encouraged by both the Moorings broker Richard and the chief of the Phase Out team Robert, Michael decided to sign off on the boat and then take One Love out for a week-long shakedown cruise, under the assumption that they would fix any problems that we encountered after carnival. Well, of course we found problems! That was no surprise to any of us. I should point out that Michael signed off on the boat with these questions still in the air even though he was being advised otherwise by several friends. The fact is that we simply believed that the Moorings guys would do what they said they would, making good on their promises.

Throughout the course of the week, we had been in contact with the Moorings through our broker Wiley, letting them know the items that we felt would need to be looked after. When we ultimately showed back up to the Phase Out facility first thing yesterday morning, the guys descended upon the boat like flies, each already having been tasked with certain items on our list. I should point out that while several of the items were no brainers that had to be addressed (gear oil leak from the sail drives), it could have been argued that a few of them were not on our original CAOV and thus wouldn’t be fixed. In spite of that, we received absolutely no grief from the Moorings crew, especially Robert, who had no problem getting his fingers dirty, fixing the odd issue himself while his guys tended to other matters.

I am writing this post while sitting on One Love as she remains tied to the dock at Hodges Creek. There are still one or two things to be addressed this morning and I suspect the guys will be showing up here shortly to resume work. Our experience with purchasing an x-charter boat, specifically one from the Moorings, has been anything but negative. A good thing to remember is that just because you read something on the internet does not make it true. 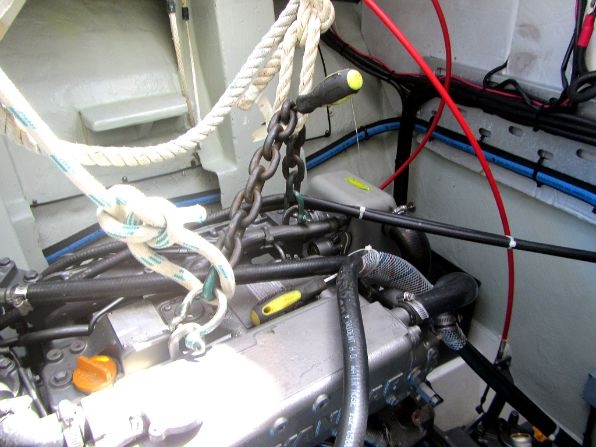 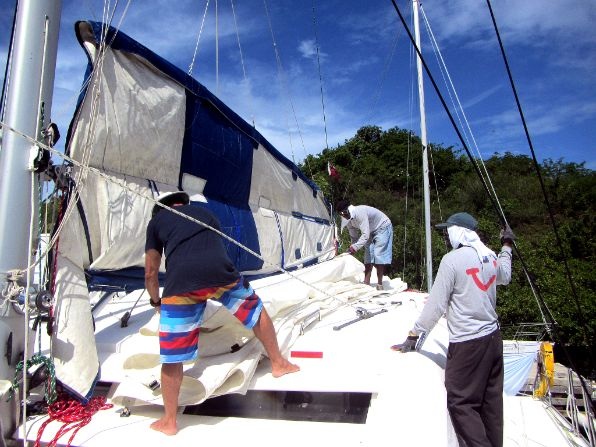 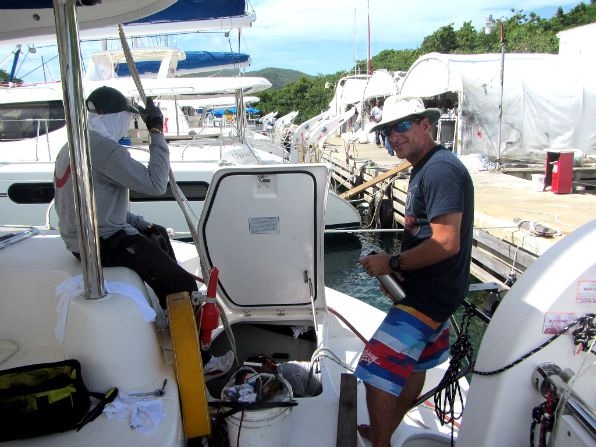 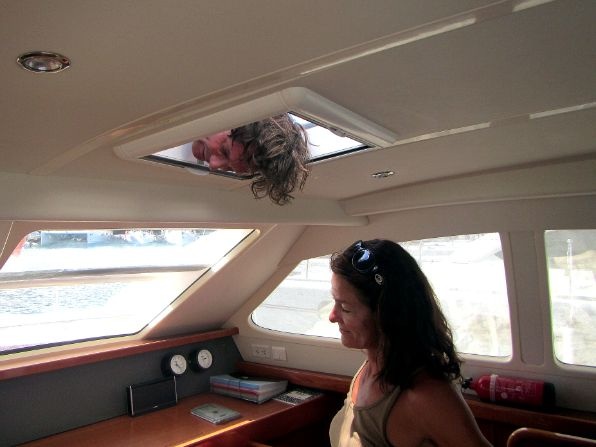 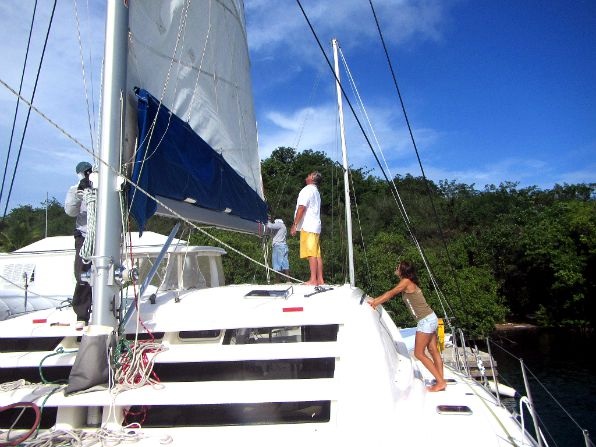