A week or two ago, two good friends of ours, Jim and Sherry, made a big announcement: they had purchased one-way tickets to Singapore, and later this season would be commencing a backpacking trip around Southeast Asia. We first met these crazy kids when they were cruising on their own boat. For the last couple of years, however, they’ve been running crewed charters on a big cat in the Virgins, much like we did, and by all accounts, have been doing a fantastic job. Even though their thoughts on boating don’t likely mirror ours, it’s interesting to see what they’ve chosen for their “vacation.”

On a similar track are our friends Steve and Chrissy. They are presently on a multi-month trip across Europe (yesterday they visited Big Ben in London), and as Chrissy shared with me, are having a wonderful time. They too left behind a boating background, as well as a charter one. For several seasons they chartered their boat Knot Anchored, a Leopard 4600 almost identical vessel to the one that we were on, and developed an extremely loyal following. They’ve since sold the boat though, and have moved on to other non-water-based adventures.

Not too long ago, Rebecca and I came across a movie called The Way. The film, starring Martin Sheen, follows a group of four walking the Camino de Santiago, a religious pilgrimage route to the Cathedral of Santiago de Compostela in Galacia, Spain. Even though neither of us are in any way religious, the movie was appealing enough that we watched it twice, and both thought that one day we’d like to follow that path.

Everyone knows how much Rebecca and I are into hiking. The allure of a nearby mountain top is oftentimes greater than that of a pristine beach, and we both feel as at home in a tent as we do in a 5-star hotel. I also have to admit that, coming from the complexities of boat life, the simplicity of traveling with nothing but a backpack, a la Christopher McCandless in the book (and film) Into The Wild, and now our friends that I mentioned above, is appealing (let’s leave behind the tragic ending to the McCandless story).

While none of these things are exactly what we have planned, I will admit that it is closer to reality than what I described yesterday. If this post, and the one preceding it, prove anything, there most definitely is life after cruising, so anyone concerned about that can put their mind at ease. And yes, I’m almost ready to share what our plans are. Almost. 🙂 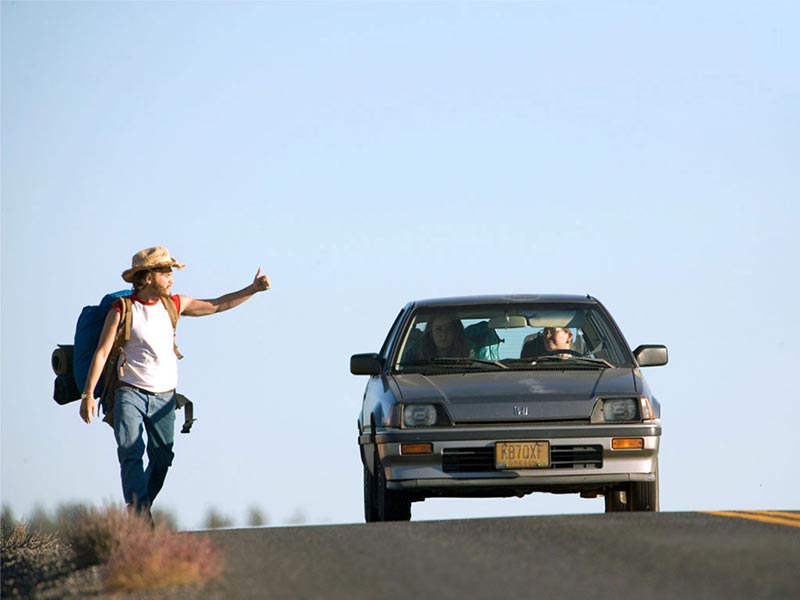 Boat boys to the rescue