More than a pest!

Having come from Canada where they joke that the national bird is the mosquito, you’ll find several references to these annoying pests on our blog (do a search). As much of a nuisance as mosquitos are up north, people don’t typically get extremely sick from their bite there. That is not the case in the islands though.

When we first arrived in Grenada several years ago, the buzz (I know, bad pun) was about protecting yourselves from mosquitos to avoid Dengue. While I did have one friend who acquired that nasty disease while visiting Brazil, he was the only person that I knew personally who had become so afflicted. While I’m sure that Dengue has not disappeared, the talk this year is about a new (?) disease called Chikungunya. Numerous cases have been reported and we personally know of several people who have come down with it.

The other day I copied this Virgin Islands health advisory from an internet post:

According to the Health Department, the symptoms of chikungunya are similar to dengue. The symptoms for chikungunya usually begin three-to-seven days after being bitten by an infected mosquito and may include fever, severe joint pains, often in the hands and feet, headache, muscle pain, joint swelling, or rash. The symptoms can be severe and disabling. Most patients report improvement within a week.

The department is advising anyone experiencing symptoms of chikungunya or dengue to see a physician and avoid mosquito bites to prevent the spread of the disease. Until diagnosis is confirmed by a medical provider, residents are urged to take pain medications, like Tylenol, that will not cause bleeding complications. Pain medications characterized as NSAIDs, i.e., Aleve, Aspirin, etc., should be avoided. Help prevent the spread of chikungunya by taking the following steps:

To learn more about Chikungunya and ways to prevent the spread of the virus visit www.healthvi.org or the Centers for Disease Control and Prevention’s website at www.cdc.gov/chikungunya.

Are there mosquitos here? You bet. In fact, I can see a couple of them from where I’m sitting, probably full of my blood from dining on me last night! I guess I’d better break out the mosquito repellant. 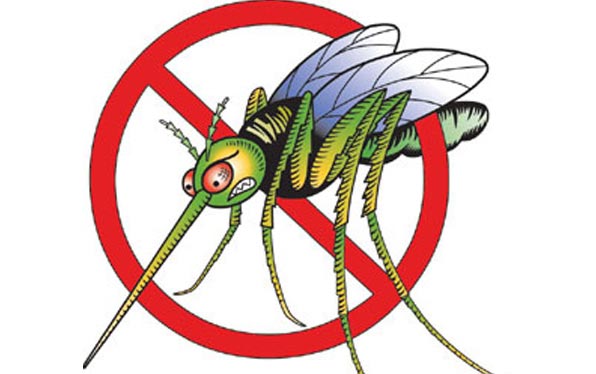 A great group to finish off a great season!