Since we’ve been reading about their world travels for some time on Facebook, Rebecca and I are extremely pleased to have finally crossed paths with Behan and Jamie from Sailing Totem. After almost completing their around-the-world circumnavigation with their three children, they sailed into Martinique approximately a week ago, and we were happy to have them join us for drinks and snacks onboard our boat. The following day they extended us the same invitation, and we had fun on Totem listening to the stories that they, and the three other cruising couples in attendance, all of whom had recently arrived after crossing the Atlantic, had to share.

One amusing thing that I recall from that evening’s conversation was that someone noted that, in most cases, with that many cruisers gathered together, there should have been at least a couple of people in attendance with grey beards. Surprisingly, everyone present was clean shaven, somewhat of a rarity in cruising circles. It’s a fact that, a full beard, often a grey one, is almost synonymous with a real sailor. Did you know though that the term grey beard has an altogether different meaning for southern ocean sailors?

“The winds south of Cape Horn, at the southern tip of South America, follow the “Screaming Sixties” all the way around the world without interruption by continents. This endless fetch produces long, powerful waves known as “graybeards” or “Cape Horn Rollers” by mariners who claim they have seen them measure a mile from crest to crest and reach heights of 200 feet.” Source: Freak Waves and Rogues 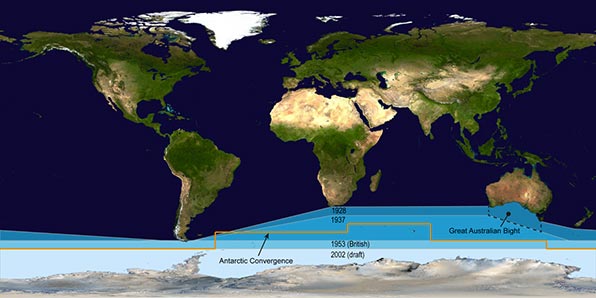 The waves rolling across the southern ocean continue on and on, unobstructed by land.

Best of luck to our new friends on Totem as they head further north. Be sure to check out their website!