On the beach, directly in front of our boat, sit two trees. Our friend pointed out to us that they are called Manchineel trees and cautioned us against touching them or standing under them during one of the frequent rain showers that we get. Here is what wikipedia has to say about these trees:

“The tree and its parts contain strong toxins, some unidentified. Its milky white sap contains Phorbol and other skin irritants, producing strong allergic dermatitis. Standing beneath the tree during rain will cause blistering of the skin from mere contact with this liquid (even a small drop of rain with the milky substance in it will cause the skin to blister). Burning the tree may cause blindness if the smoke reaches the eyes. The fruit can also be fatal if eaten.”

It goes on to say…

“The Caribs used the sap of this tree to poison their arrows and would tie captives to the trunk of the tree, ensuring a slow and painful death. A poultice of arrowroot (Maranta arundinacea) was used by the Arawaks and Taíno as an antidote against such arrow poisons. The Caribs were known to poison the water supply of their enemies with the leaves. Spanish explorer Juan Ponce de León was struck by an arrow that had been poisoned with Manchineel sap during battle with the Calusa in Florida, dying shortly thereafter.

To Europeans, the Manchineel quickly became notorious. The heroine of Giacomo Meyerbeer’s 1865 opera L’Africaine commits suicide by lying under a Manchineel tree and inhaling the plant’s vapours. In the 1956 film Wind Across The Everglades, a notorious poacher named Cottonmouth (played by Burl Ives) ties a victim to the trunk of a manchineel tree. The poor soul screams as the sap burns his skin, and the next morning he is shown dead with a painful grimace etched on his face. To the audience the image of the deadly Manchineel must have been familiar to some degree.”

The thing is, yesterday we walked all over the Hog Island and these trees are everywhere. We had been walking through the brush before, totally oblivious to their existence. Rebecca even climbed one during our last island exploration. Perhaps we’re not all that sensitive to them, or she was just lucky. Regardless, now that we know what they look like, we’re avoiding them. 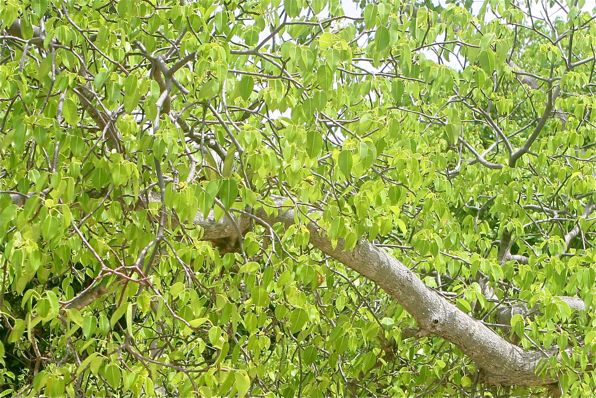 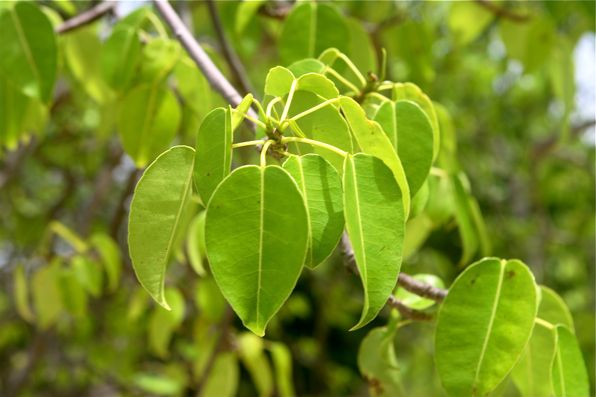 You need to pay attention to what the leaves look like so that you can avoid them.

If this wasn’t enough, we also came across a bunch of wicked-sharp thistle bushes that are scattered throughout the island. I noticed them after sticking one of their stupid thistles right in the front of my toe! These two, added to the Razor Grass that we came across on our last hike, now make three plants on our do-not-touch list. 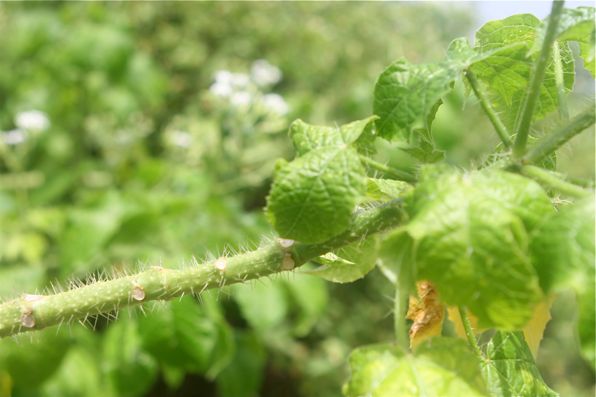 These guys are sharp!

Yes, you can anchor