As will no doubt be reported on countless websites and blogs today, Tropical Storm Arlene, the first Atlantic storm of 2011, has made her appearance. Although not projected to reach hurricane strength, this storm is extra significant for us as it is the first one since our arrival in the Caribbean. Fortunately for us, it is far enough away that it should pose no threat to ZTC. Hopefully it does not cause too much damage to the areas of Mexico which do lie on it’s projected path. 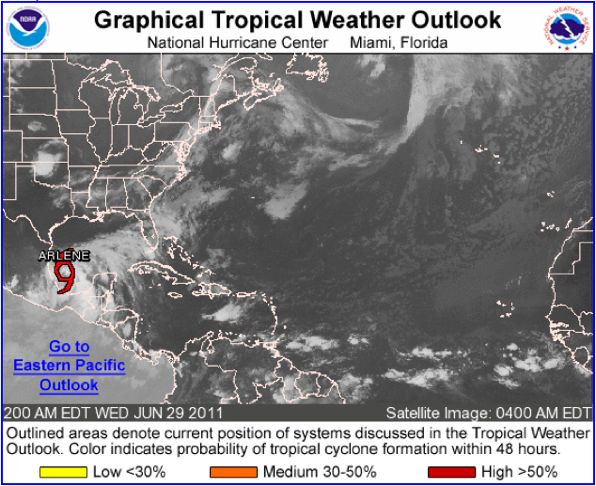 This is the image I was greeted with when I booted up my computer this morning. This NOAA site is now my computer’s home page.

FYI, the complete list of names selected for 2011 Atlantic storms are is follows:

Let’s hope we don’t get anywhere near the end of that list! 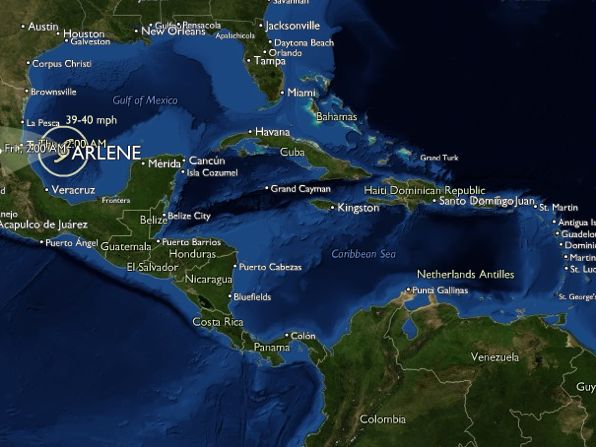 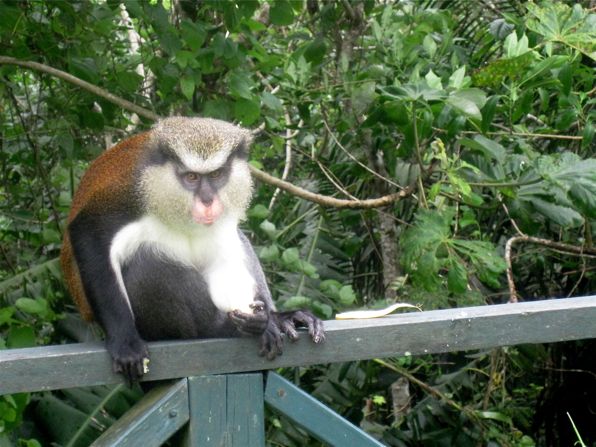 On a much cheerier topic, who can’t help but smile at monkeys! We saw this guy and his friend just prior to starting our hike through the rain forest yesterday. 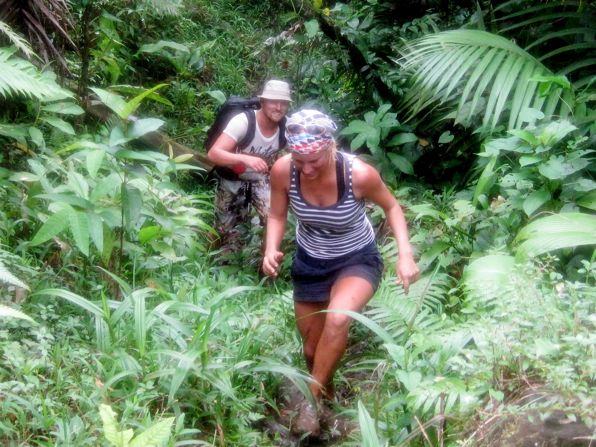 We switched gears from followers to leaders as we took our friends on s/v Snowbird along the same paths that Hunter and Devi took us on last week. And no, we didn’t get lost, although we did have to backtrack a bit to locate Martin who had decided to take a “shortcut.” 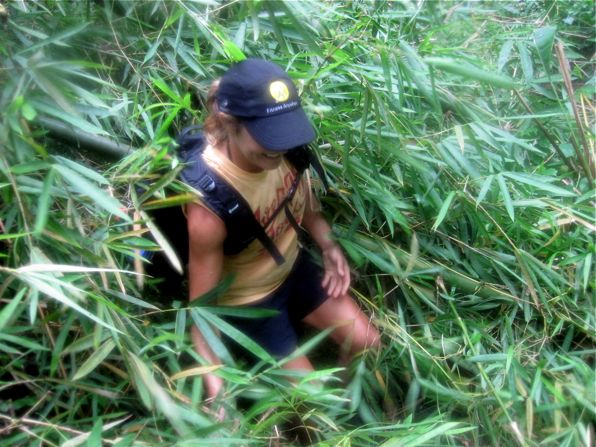 The trail was just a “bit” overgrown and muddy. Here is Rebecca crawling under some bamboo that is totally blocking the path to the waterfall. 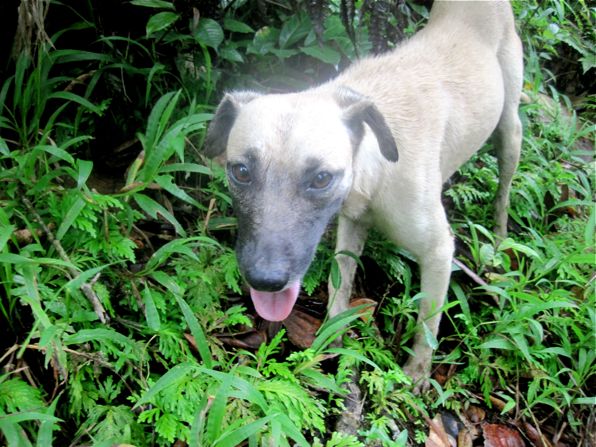 We even had a guide for the trip. This dog, which we named “Scout,” followed us the entire way. He ended up a long way from where he started. We heard from some locals near the end of our hike that they have seen the dog before so I guess he’s done this a few times. He sure seemed to know the trail.

Sailing is great but…