Two and a half months. That’s how long it’s been since I last posted anything on this website. What’s that all about? Well, as always, I post only when I am inspired to do so and lately, the spark just hasn’t been there. You shouldn’t read too much into that though. All is well with Rebecca and me.

For those who are curious and don’t follow our more frequent updates on social media, we’ve had a great season and are now making plans for the slower winter months to come. Who knows… a cycling vacation may even be in the works. As for now, we’ve had to be content with riding in our general area. Fortunately for us, some of the trails around here are fantastic. So much so that people come from all over to ride them. The Kettle Valley Rail Trail is one such route and the section featured here which runs from Ruth Station to Myra Station is less than an hour’s drive from where we live and work. Pretty scenic, eh?! 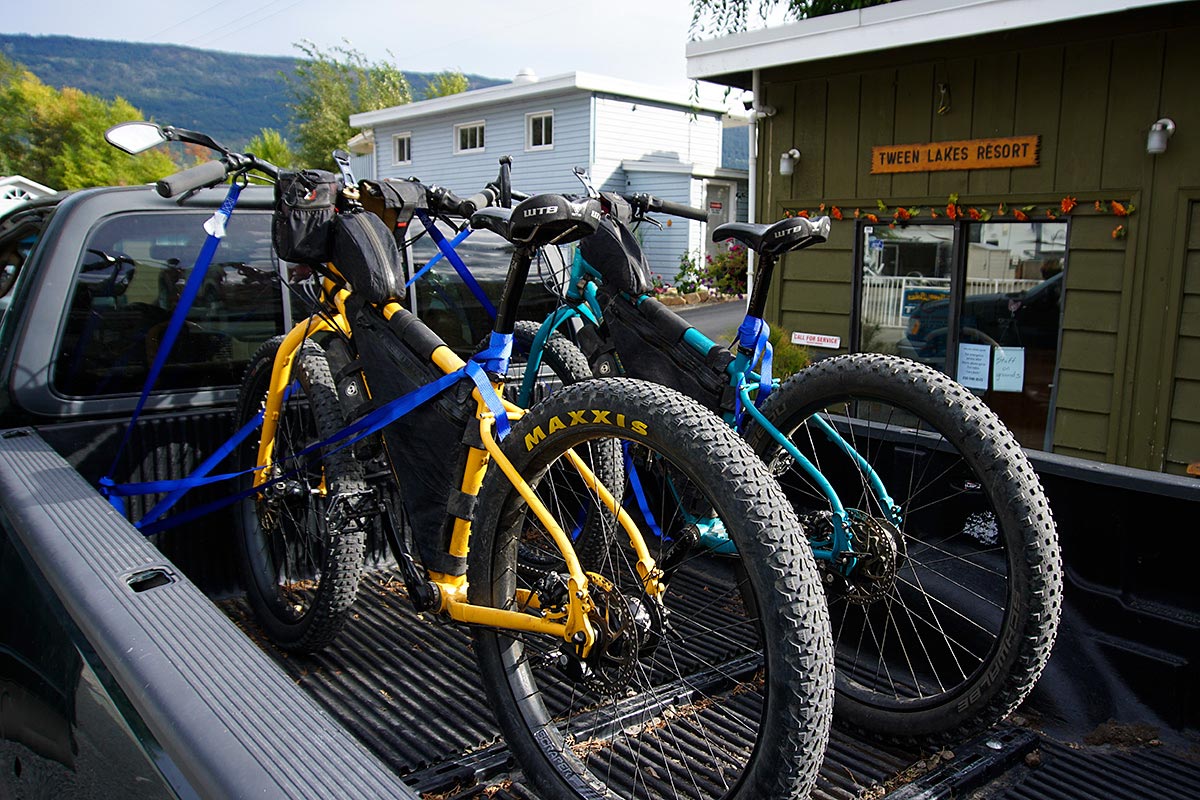 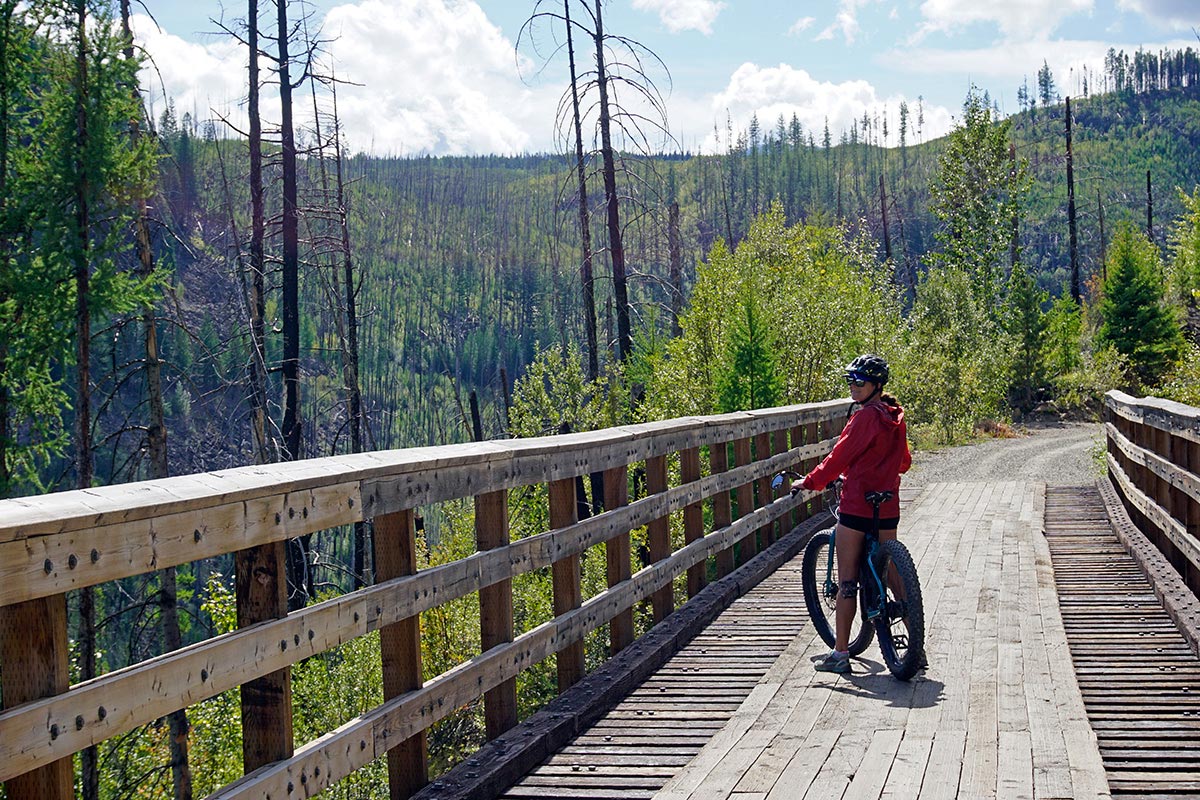 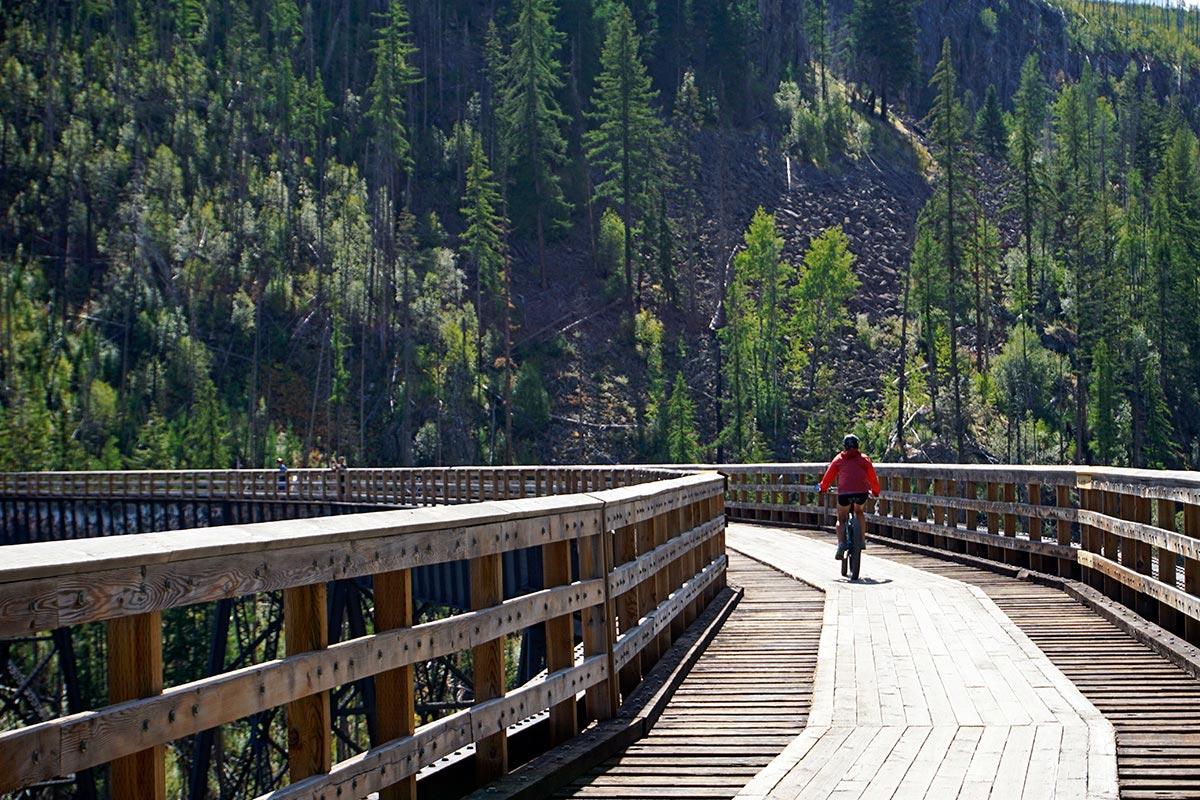 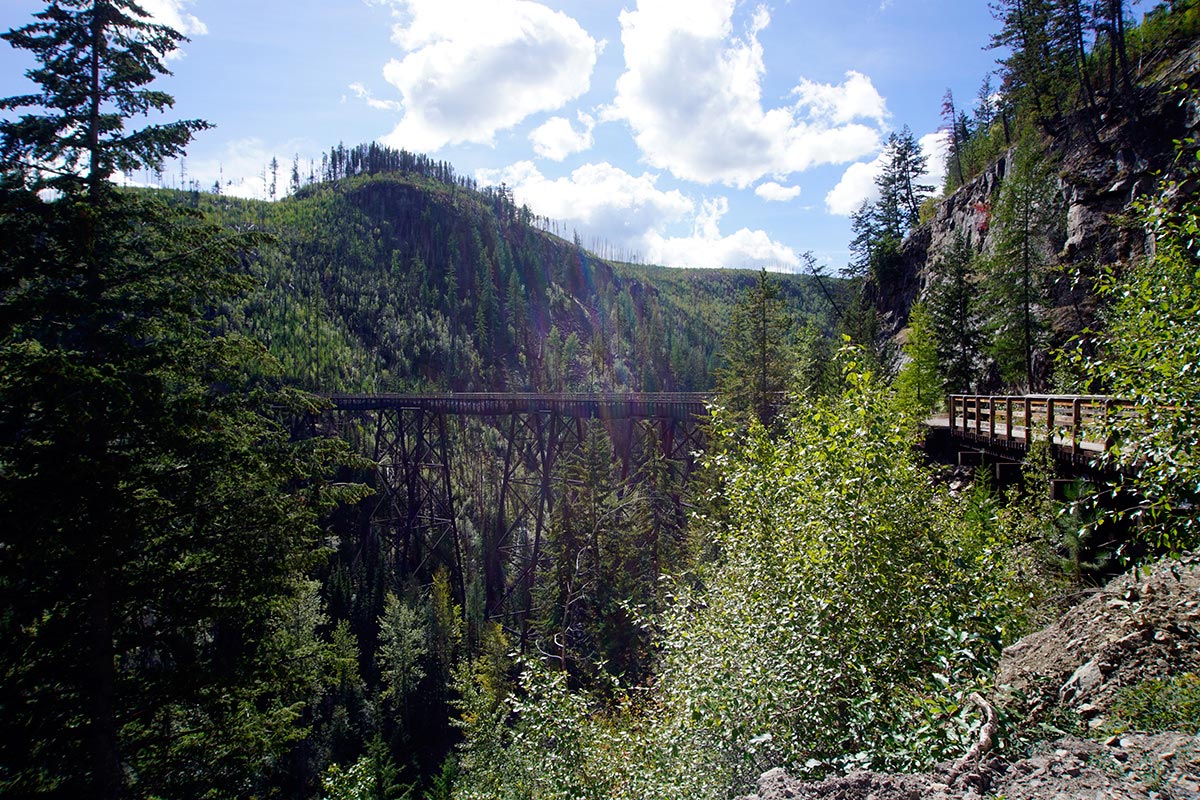 From August to September 2003, lightning sparked the 2003 Okanagan Mountain Park Fire in Okanagan Mountain Provincial Park. This fire rapidly grew in strength and size and made its way Southeast across Okanagan Mountain. This fire engulfed many portions of the KVR between Penticton and McCulloch Lake. Despite concerted efforts by the firefighters, the fire claimed 12 of the 18 trestles within Myra Canyon. In addition, the bridge decks of two of the metal bridges were also destroyed in the fire. — Source 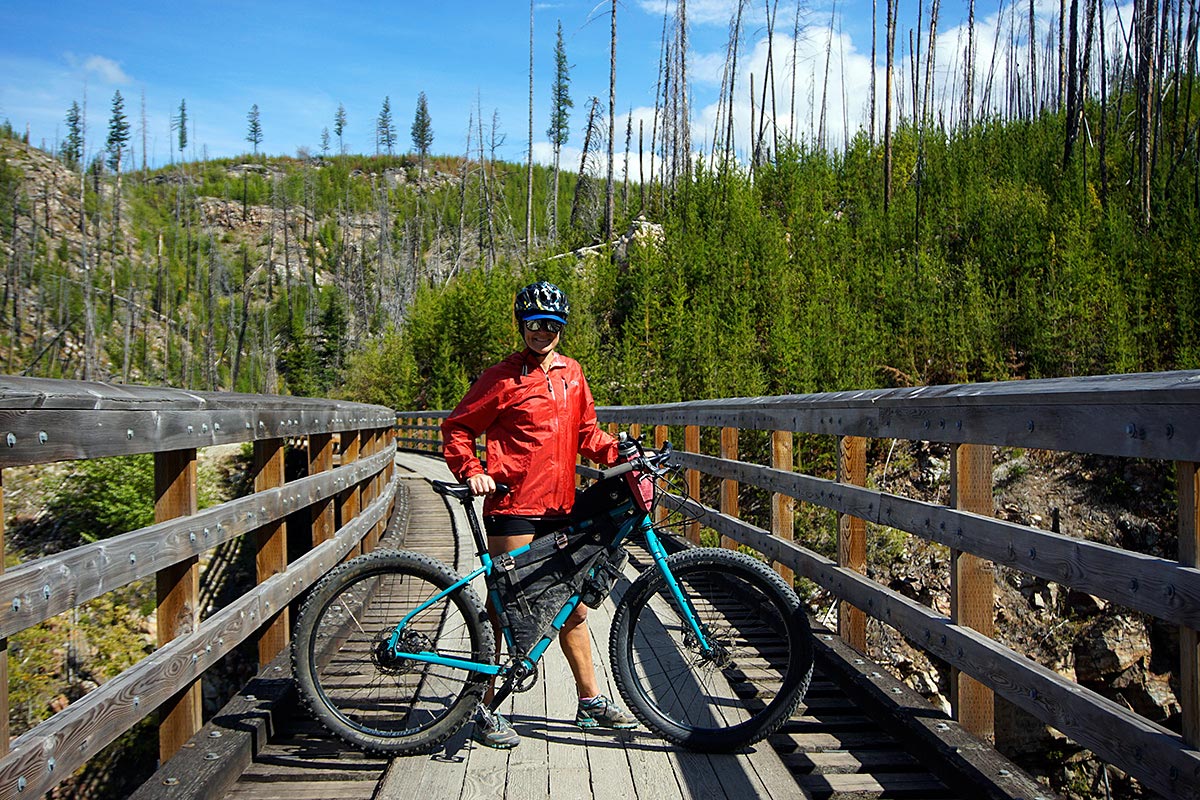 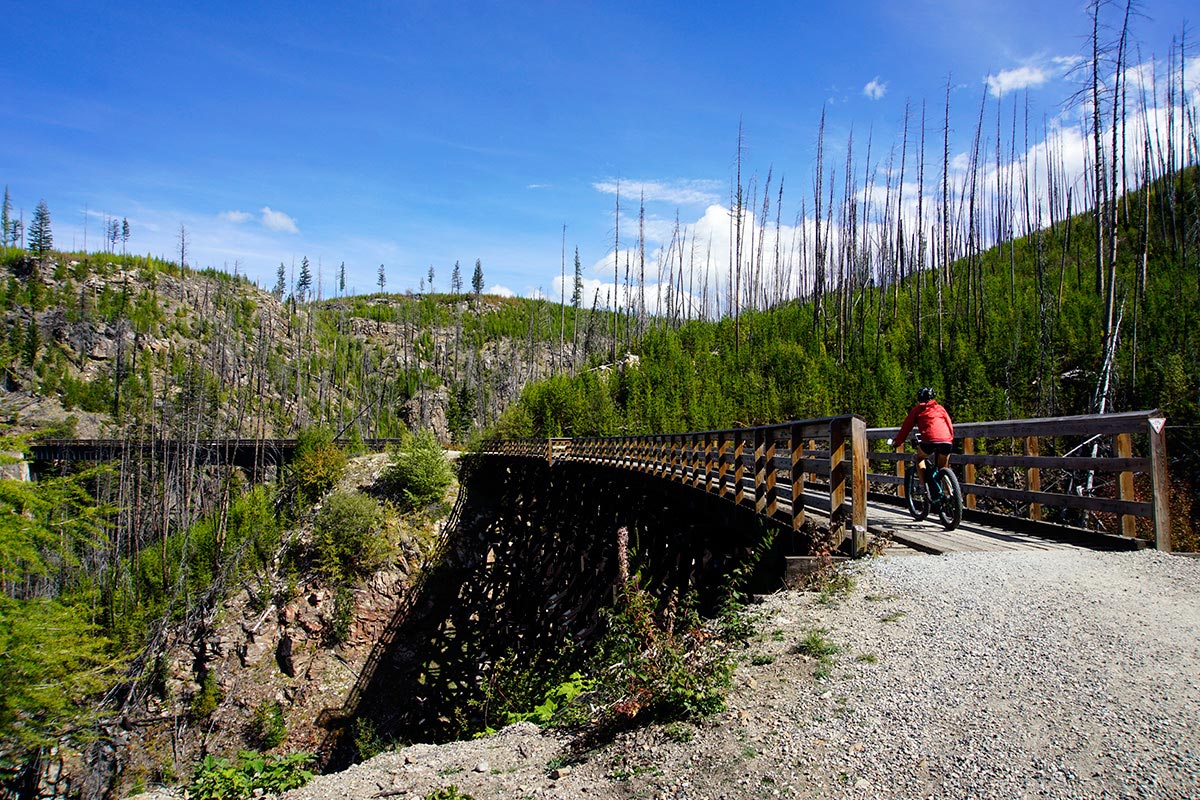 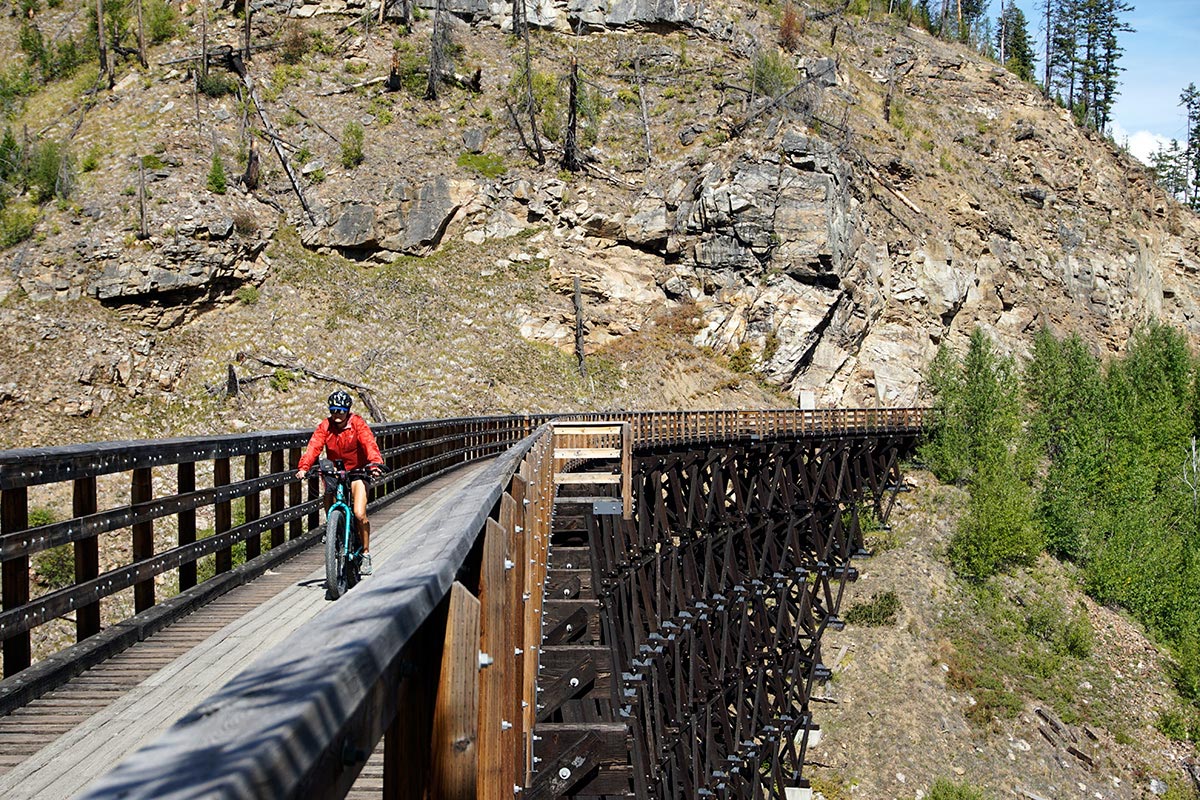 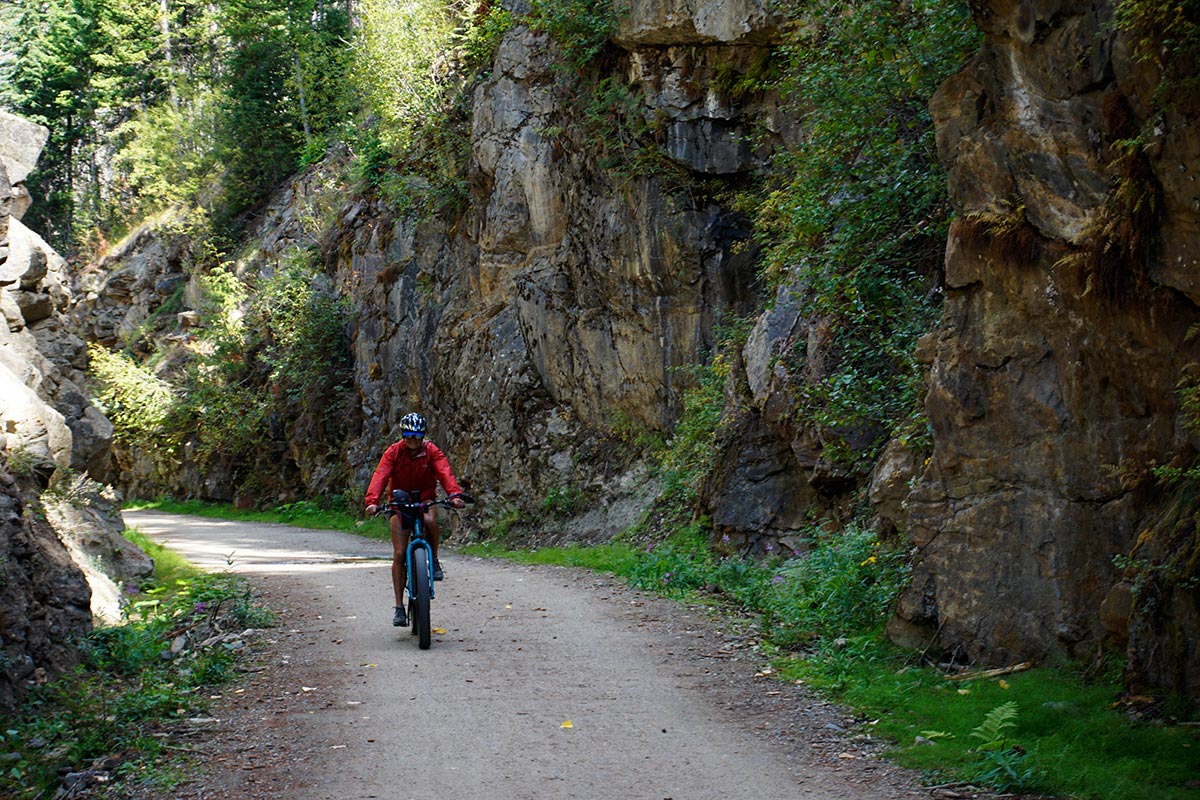 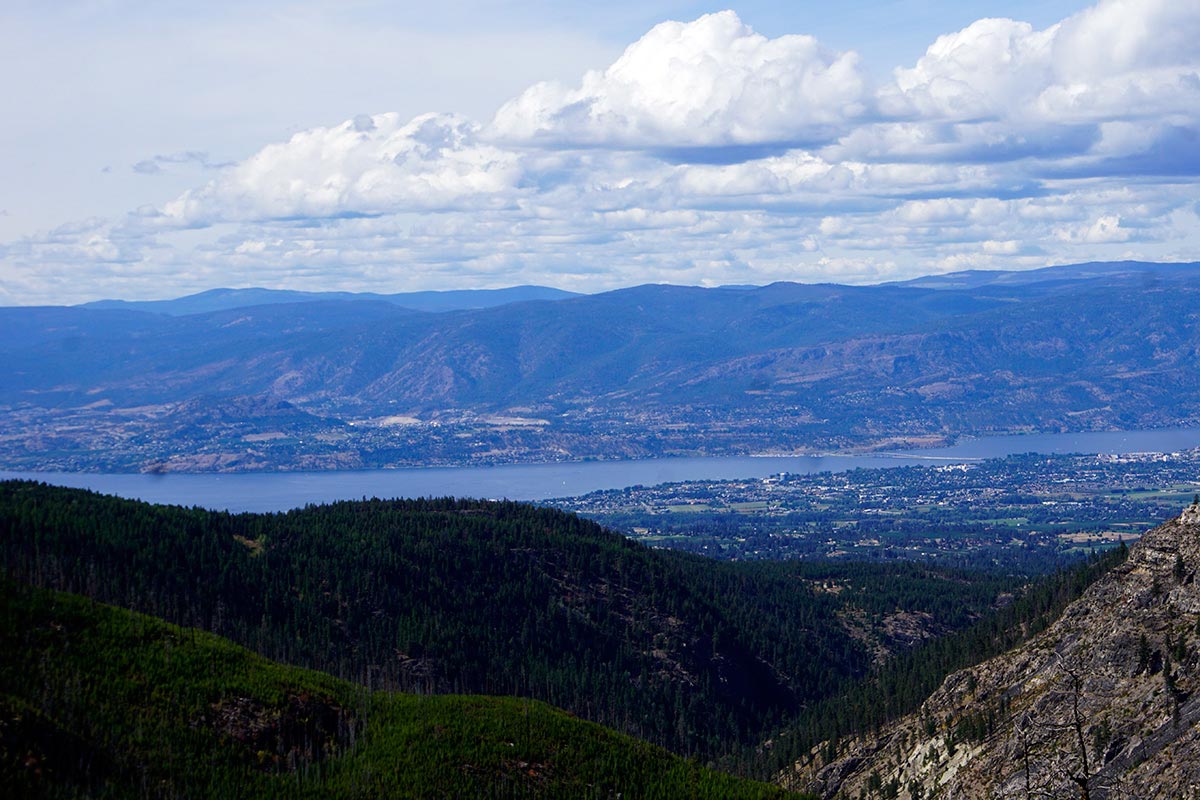 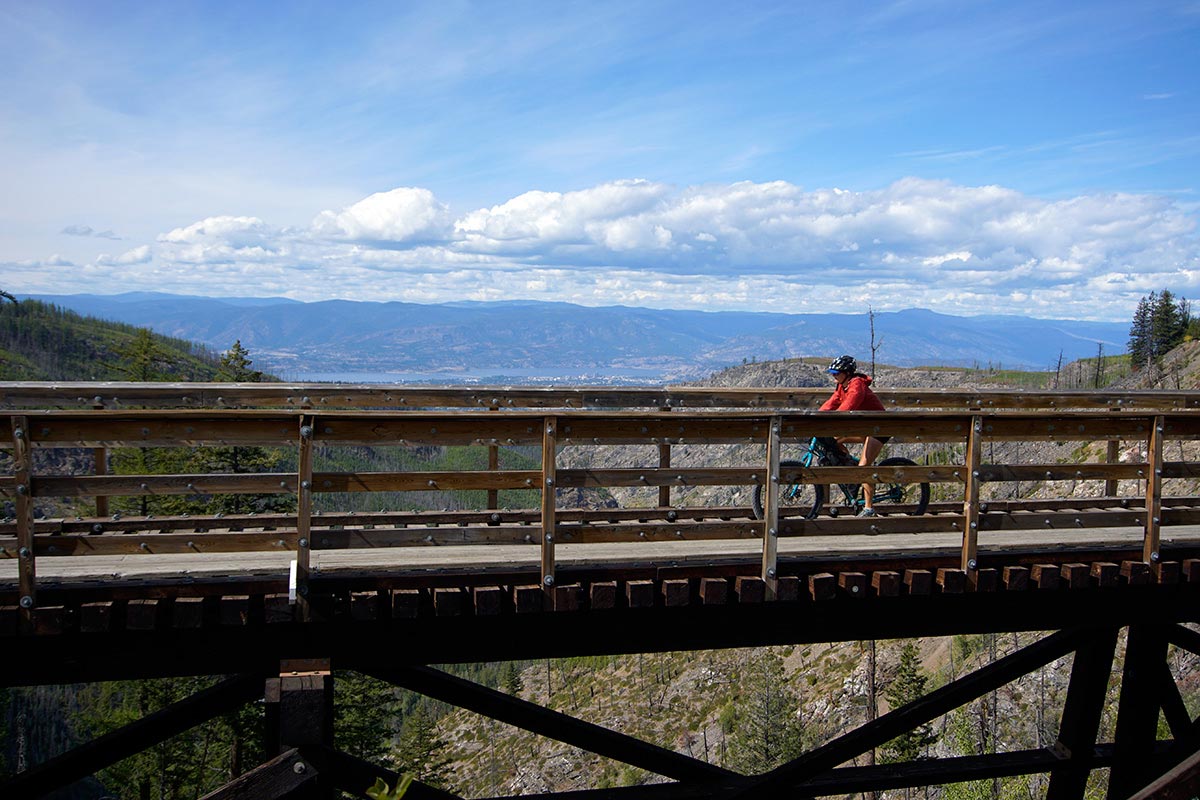 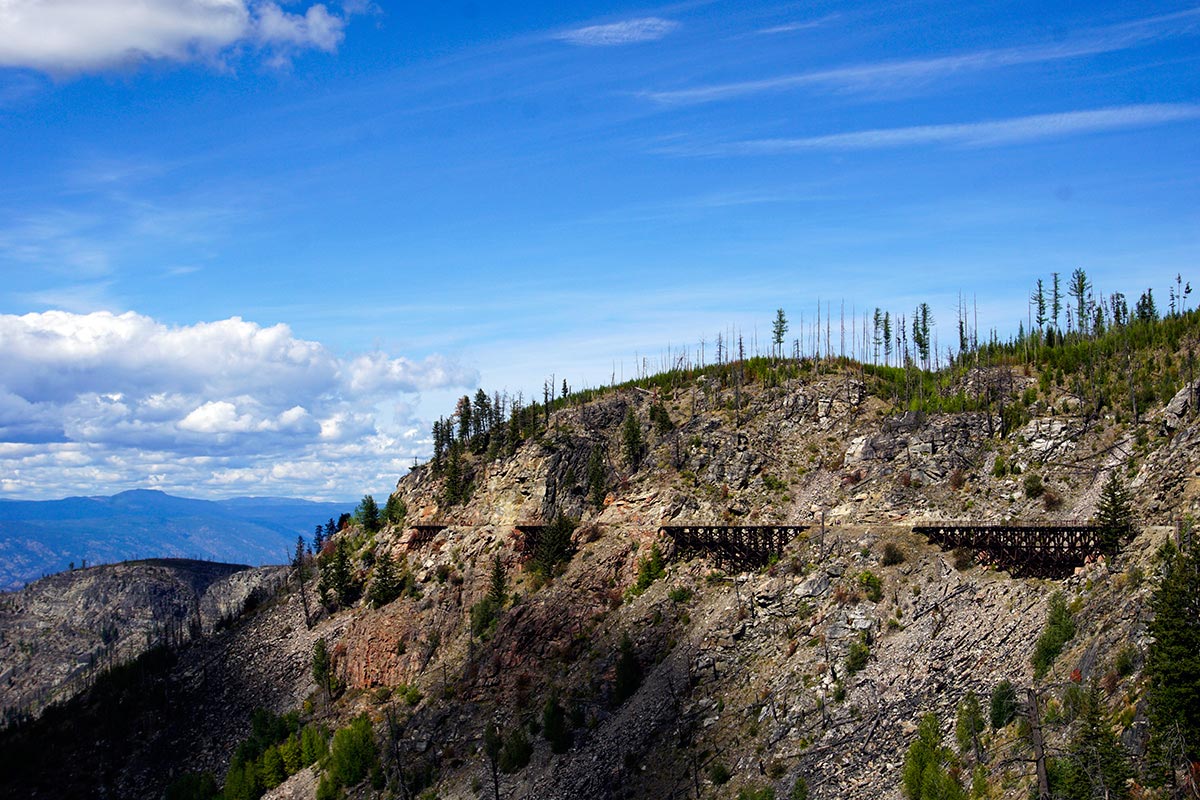 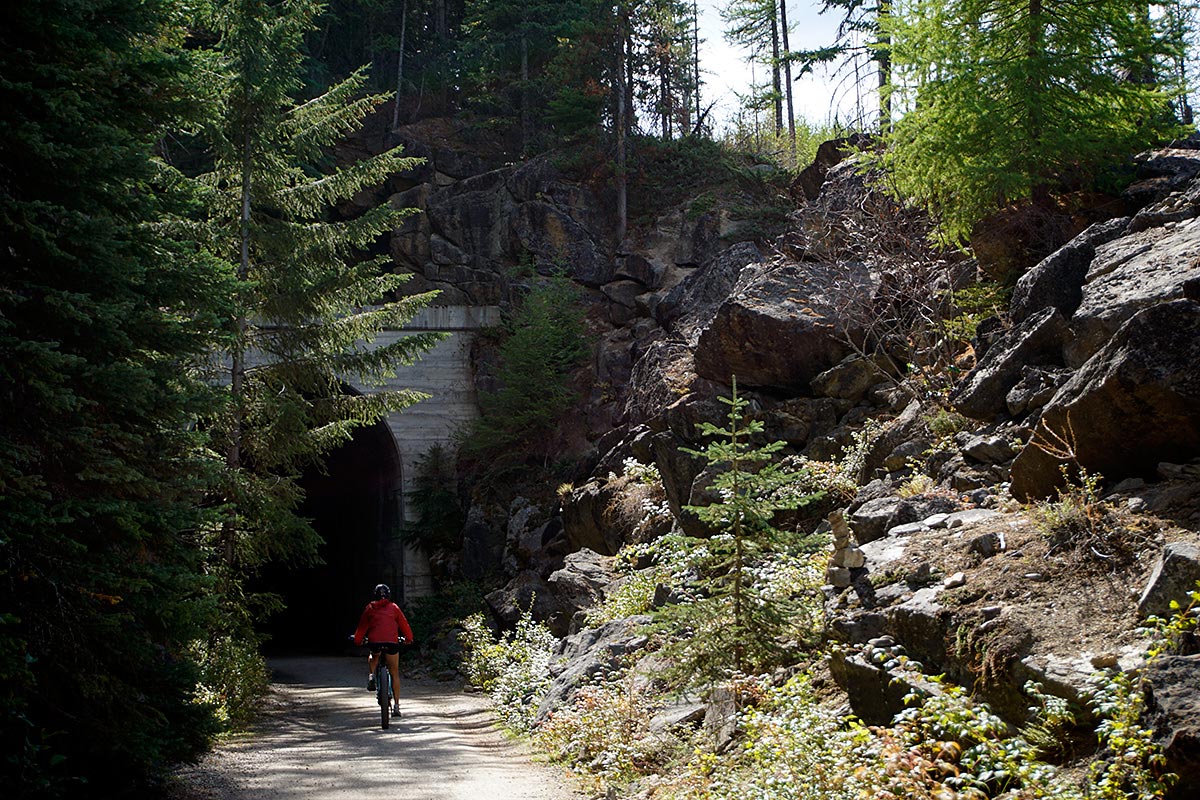 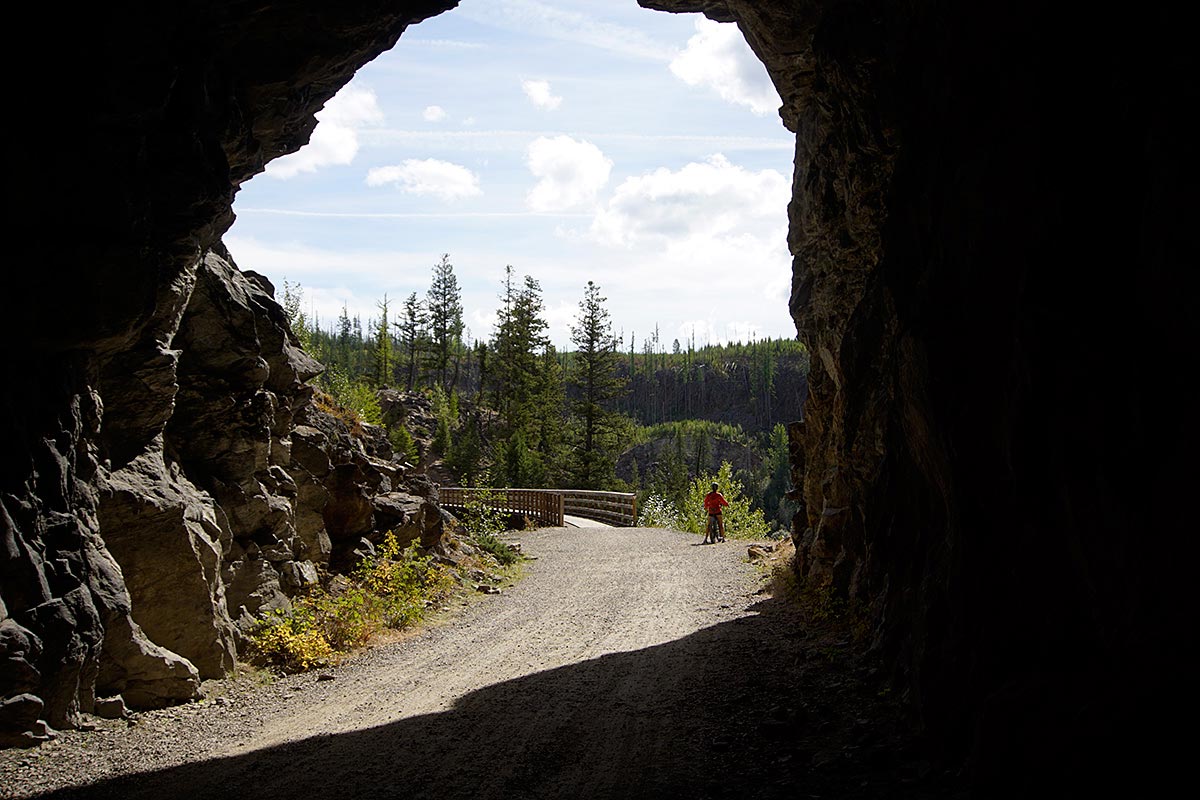 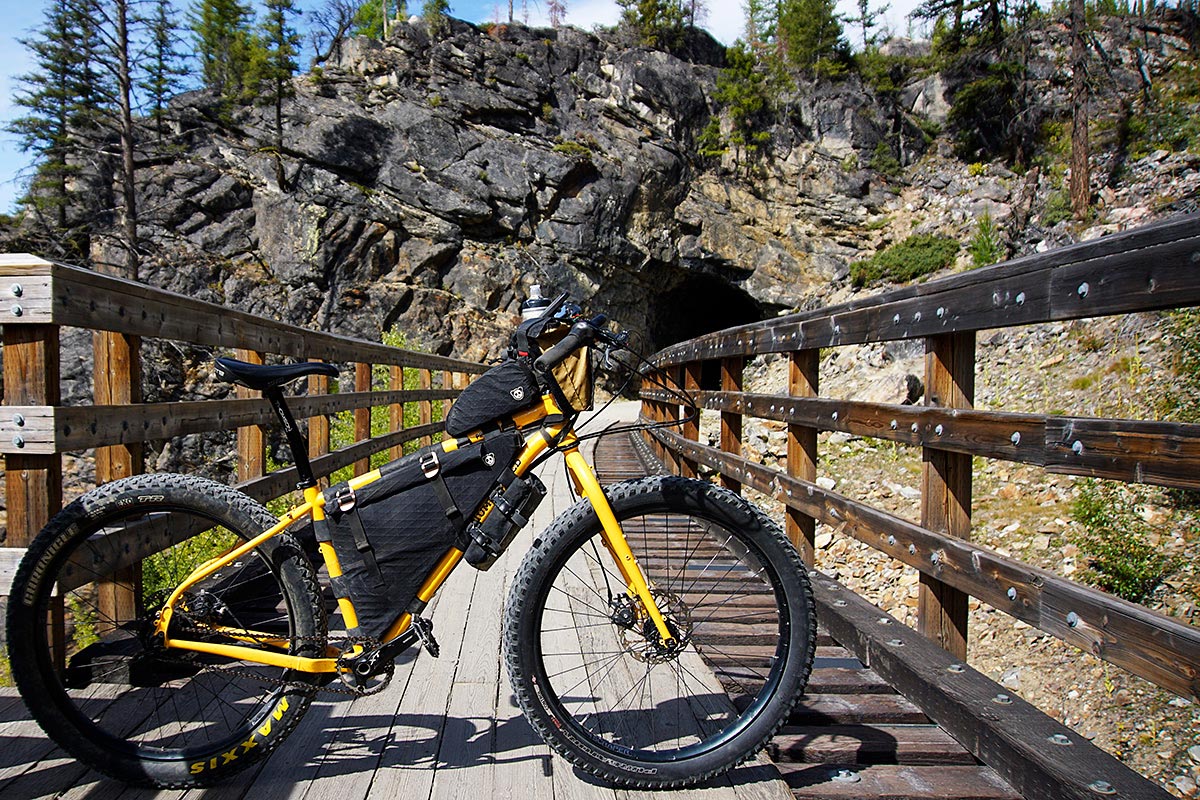 Our Tumbleweed Prospectors continue to be near bulletproof. 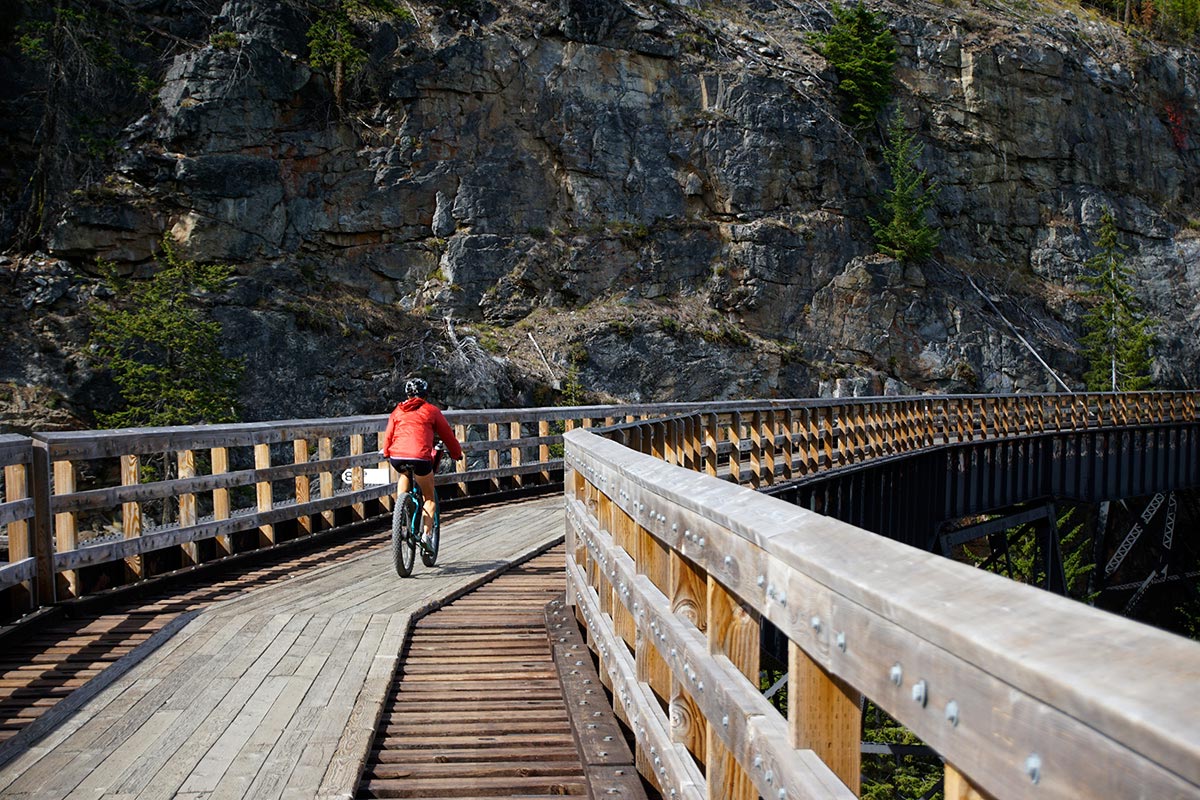 There is no easy street on the Baja Divide!

Sometimes you just have to ride it out