In no way do I consider myself to be technologically inept. Quite the opposite actually, at least when it comes to computers. I do, however, seem to have a bit of a mental roadblock, no pun intended, when it comes to electronic navigation. I remember our friend Jason describing all that he and Gail had done to prepare for their San Blas to Australia trip, but when he tried to explain it to me, it just didn’t sink in. Sorry Jason, it’s definitely the student, not the teacher.

When it comes to electronic navigation for cycle touring, there are two camps: those who use dedicated GPS devices – the Garmin eTrex units are popular – and those who use their smartphone. We’ve been leaning towards the latter.

Just as with sailing, redundancy of critical systems is good, so assuming money and weight are not an issue, having both, along with a paper backup, would be ideal.

I’ve had a couple of different navigation apps on my iPhone for a while now, but yesterday I decided to invest a bit of time to really see if I could get the apps to do what I wanted them to do, to allow us to follow a route, for example. Sadly, I did not have much success. For starters, my 16 gig iPhone kept running out of space when I tried to download the necessary maps, so I spent a fair amount of time simply trying to clear space on it.

TIP: Some apps, like Facebook and Instagram, grow in size the more that you use them. The way to reclaim that space on the phone is to simply delete that app and then reinstall it. By doing so with just those two apps, I was able to reclaim over a gigabyte of space! 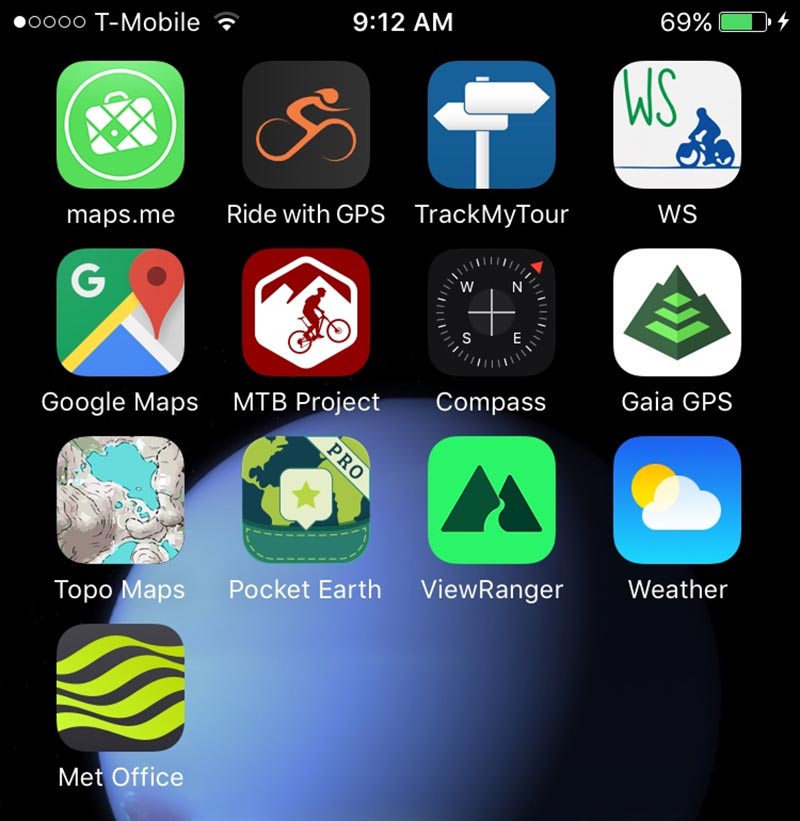 Still running into that roadblock!

Once the storage issue was solved, I still had limited success. I did some more reading on the subject this morning, and also purchased the Gaia app, which comes highly recommended. I’ll continue to experiment.

If you’re interested in the subject, this site has a pretty good comparison of the different options, as does this post. This is also a good article on route planning.