Last night I received a message from a friend which initiated a nice conversation. While speaking to him, he admitted to missing my regular posts on this blog and I have to admit that I could understand where he was coming from. I can think of two particular websites that I followed — one sailing/cruising related and the other about cycling — where the bloggers just suddenly stopped posting. I know that the authors are all still out there, doing their thing, but for their own individual reasons, the blog posts just stopped coming.

Perhaps they were much like me in that the lack of blog activity was less a conscious decision to stop posting and more about having nothing to write about? Regardless of the authors’ reasoning, I remember each time feeling disappointed about the entire thing, even let down in a way. It was similar to that feeling you get when you reach the end of a really good book or finish watching the final episode of a TV series that you enjoyed. What should I read or watch now?

Given that, at its peak, our website had 2000-3000 visitors every day, it’s only fair to assume that there might be one or two people who feel similarly let down about our blog’s lack of activity. If that’s the case, I apologize.

As with the authors of the two blogs I mentioned, we’re still doing our thing. Yes, our lives are less vagabond-like than they have been in the past but our hearts haven’t changed one bit. In fact, we just booked flights yesterday for a week-long bikepacking romp around the Arizona desert. Pale in comparison to a ride of the Americas but it’ll have to do for the time being. 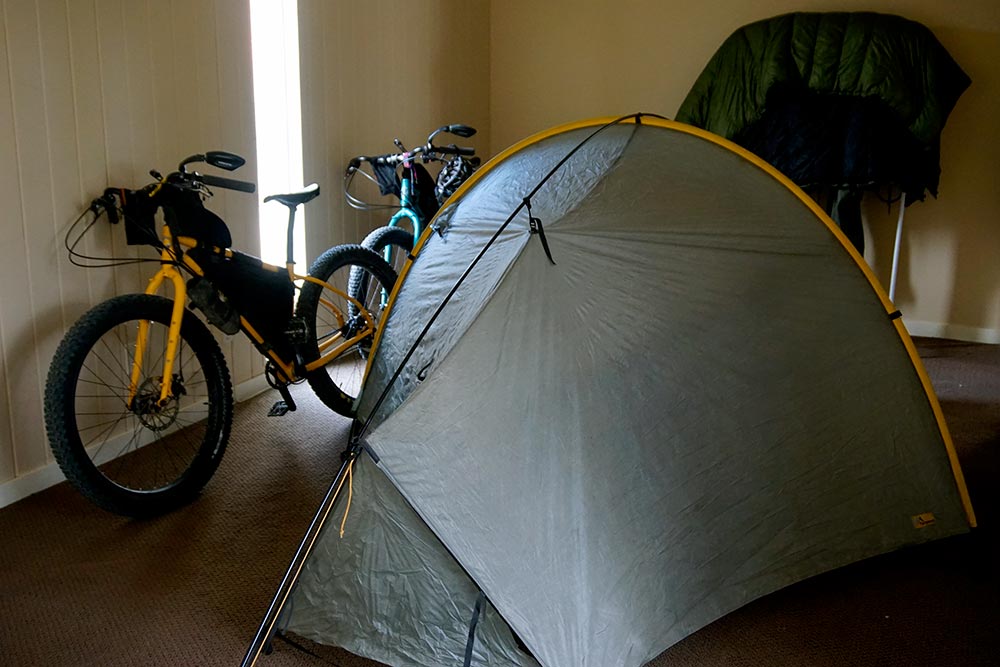 Airing out our tent and sleeping bags for adventures to come.

For those who remain curious, yes, we still own a boat. Frost is, as far as we know, safe and secure on her mooring in Le Marin, waiting for whatever wind the southern edge of Hurricane Isaac is going to throw her way. My best guess is that she’ll be fine. I’m much more concerned about our friends on the east coast of the US. I sure hope that they’re all taking Hurricane Florence very seriously!

Mooring vs. anchoring: which one is safer?