I mentioned yesterday that we were on the dock at SpiceIsle Marine Boatyard. While we took advantage of that time to swap out our head plumbing, the real reason we were there was to allow Technick Yacht Services, one of the local welding and metal work companies, to do some stainless work for us.

I’ve posted pictures of our new, massive 85 lb. Mantus anchor. As we suspected, the anchor did not mate very well with the stock configuration of our bow. With the roll bar attached to it, we found that we could not draw the anchor in really tight to the bow roller, and this prevented us from being able to secure it properly. We could have left it in the position that you see in the photo below but instead, we opted to use the anchor with the ring removed until we could come up with a better solution. 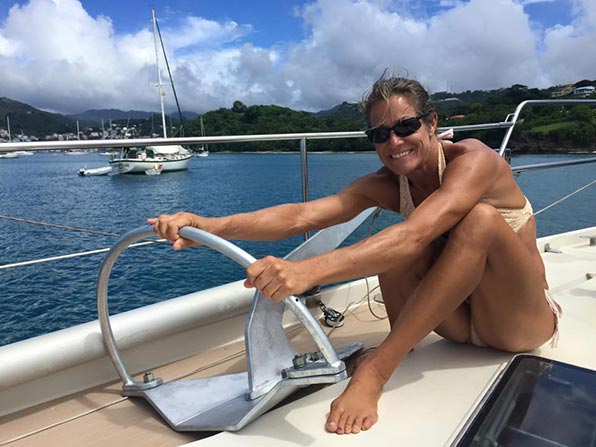 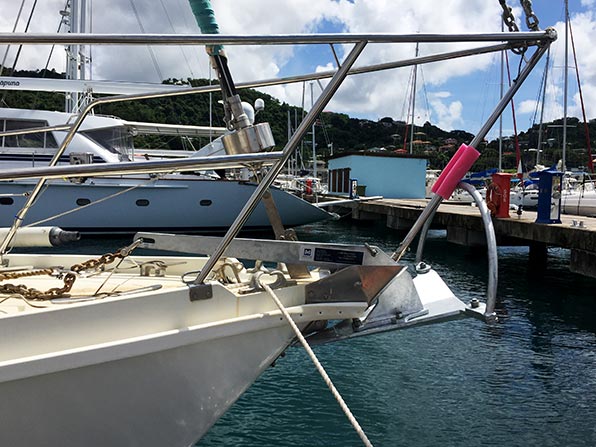 With some time to think about what changes would need to be made to make it fit, I came up with a plan, and we visited Technick at SpiceIsle to describe what we wanted. Nick said no problem, and we made arrangements to have the work done on Wednesday. In between that first meeting and the time that he actually arrived on the boat, I came up with two other plans, each one better than the last. This only goes to reinforce what I’ve posted before:

–> The first solution is never the best solution! 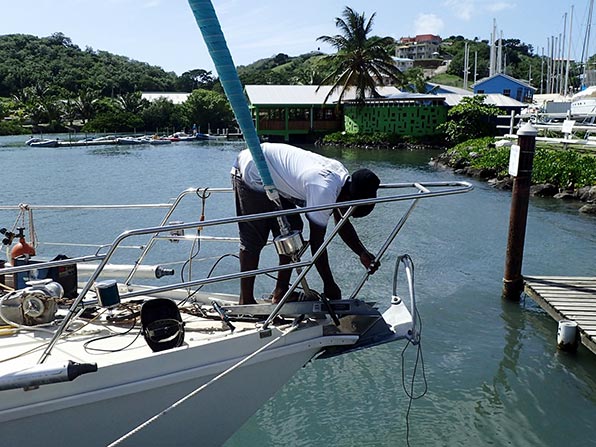 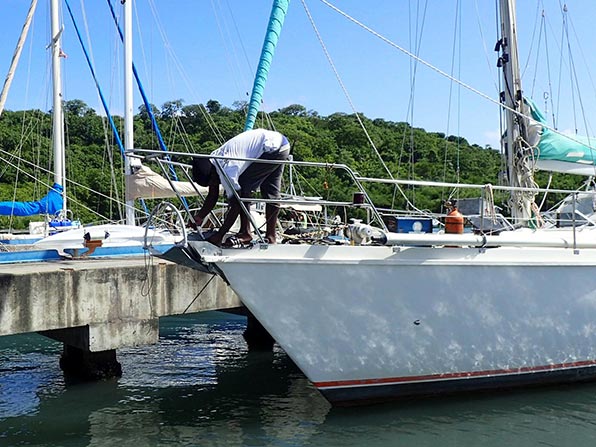 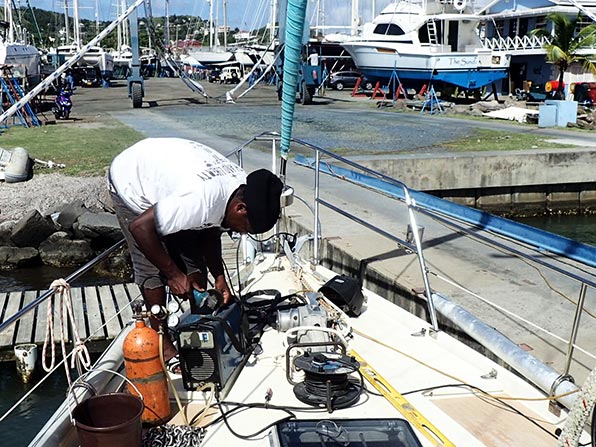 We are very happy with the finished product, and are super pleased that we can carry our massive anchor as it was meant to be. Thanks to Nick and Kendrick for their help with the welding, and to Mantus for supplying us with such a beast of an anchor! 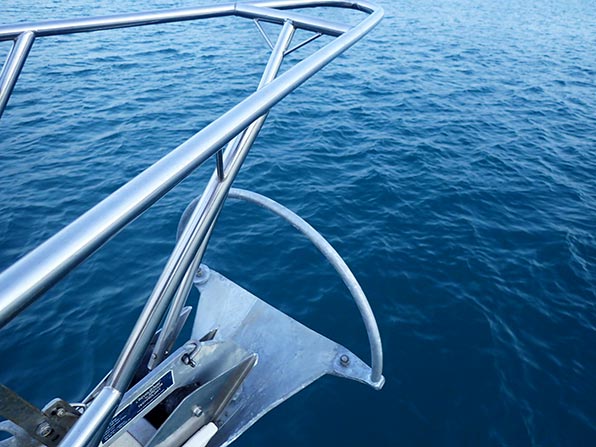 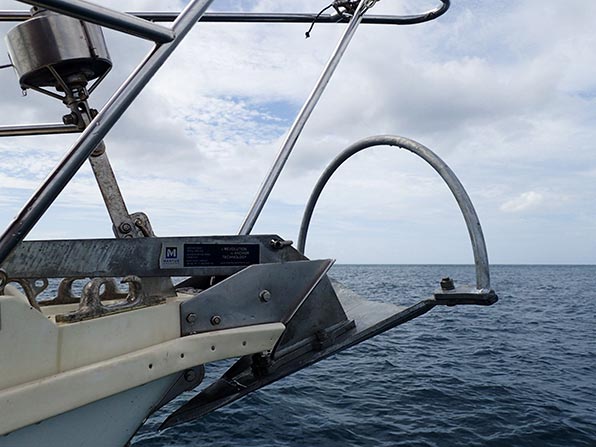 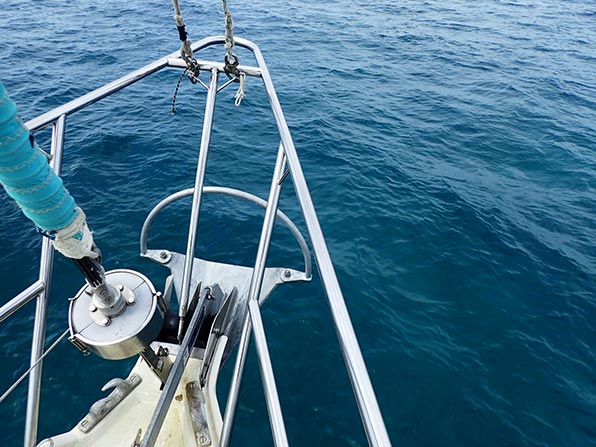 Oh, by the way, while Kendrick was on the boat, I had him move the mounts for our flagstaff from the stern to the side of the boat. Up until he did that, we were never able to fly our ensign when the dinghy was raised in the davits. Now all is well, and we can show our colors properly! 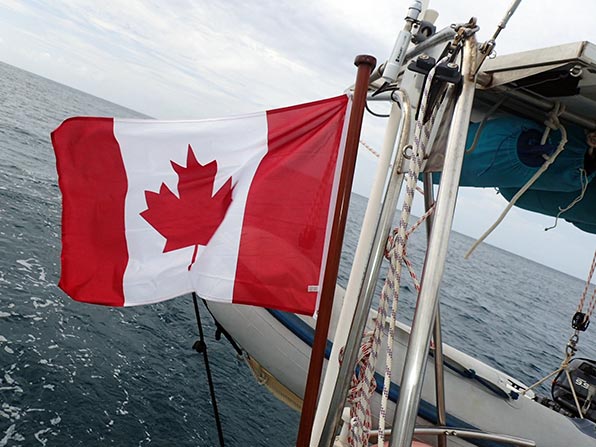 Improvements overlooked by most guests – Part 1

So close we can taste it.