How many sailors does it take to change a light bulb? I guess that depends on where the bulb is. In our case, because the bulb was up the mast, it took two of us, and three trips up and down the mast! 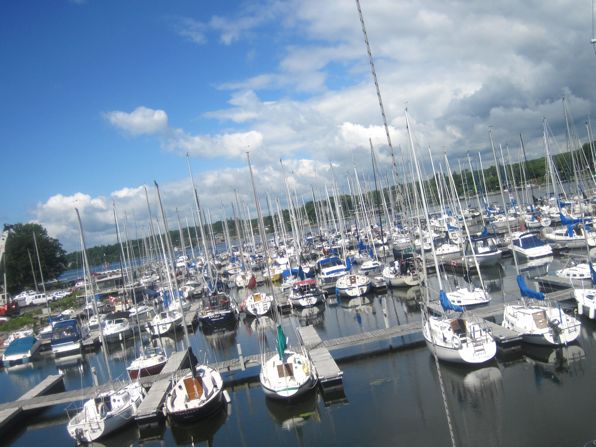 I mentioned the other day that when I went up the mast the first time, I neglected to take the bulb down so that I could match it. As such, I was going solely by exterior photos, and the good tips by one of our blog’s regular readers, Bob. When I came across a bin of sealed beam bulbs at the local “man store” I figured I was all set. With gear sorted and bulb in hand (actually in a bag, hoisted beside me on the flag halyard) up the mast I went. Of course, only to find that the bulb I purchased was at least 2 inches bigger. 🙁 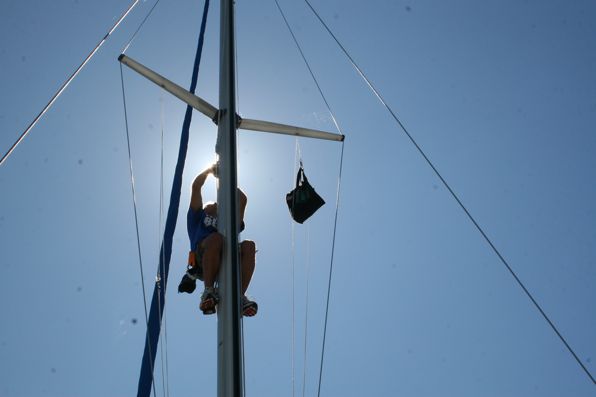 Is that a halo around my head?

Not to be fooled again, I removed the bulb this time and went off to a different parts store. The clerk shook his head saying that they had no such thing. When I told him that our friend thought the bulb was model number 4411, he punched it in the computer and lo and behold, they did have one. Thanks Bob! I owe you another beer!

The third trip up was the charm and I am happy to report that all lights on the mast are “lighting” as they were meant to. No tools were dropped overboard and no bones were broken in the process. After confirming that everything functioned, I went to work fixing up the plug at the base of the mast, which I think was the root of the problems. Wires were re-tinned, connections tightened and I sprayed it with a corrosion blocker. Hopefully now that it is all put back together, we won’t have to deal with that for a while. 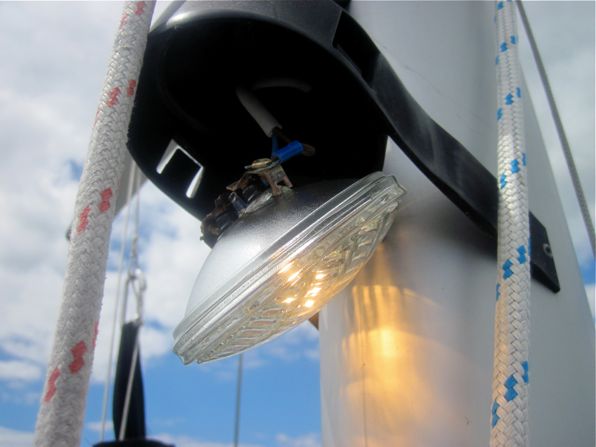 Crew be warned… we run a dry boat when underway!