H-season, the windy season, the rainy season or if you prefer, hurricane or typhoon season is soon to be upon us. The official start day is June 1st and even though big tropical storms rarely occur in this area that early in the season, I’m not too interested in betting our boat on it. Unlike many cruisers, we actually do have insurance and unless we are in Grenada or south of there by June 1st, we have no coverage for “named storm damage” should we run into one of those bad guys.

I doubt many people, ourselves included, can comprehend the forces that come into play in such a storm. Just the other day, we were sailing along the coast of Tortola on a nice beam reach with about 15 knots of wind (true) when we were hit with a 30+ knot gust (our wind instrument measured it). Instantly all hell broke loose. Fortunately we had our main sail already reefed and only our little jib up. If we had full sails up that one gust could have broken something but as it were, it was just a few seconds of excitement. If I’m not mistaken, doubling the wind speed quadruples the wind’s force on the sails so when it went from 15 to 30, we instantly had 4 times the force being applied on our boat. If you do a bit of math by doubling the wind speed a couple more times, and consequently it’s force, we’ll then be in hurricane territory.

So, with all that said, we’re going to be fast-tracking our way south. Of course we’re going to miss lots of great places this time around but we’ll no doubt be able to catch them on our next trip through the islands.

Yesterday we cleared in to St. Martin but because we told him we were only going to be here for two days, we were permitted to clear out at the same time (5 Euros later). We did get to shore to take advantage of the great stores for provisioning and now with food on hand, we’re ready to move on. After fueling up earlier today, we’re now moving over to Orient Bay, staging for our next jump south. We haven’t yet decided where we’ll head but as I mentioned, we are going to try to put some more miles under our keels, after enjoying the “sights” of Orient Bay of course. 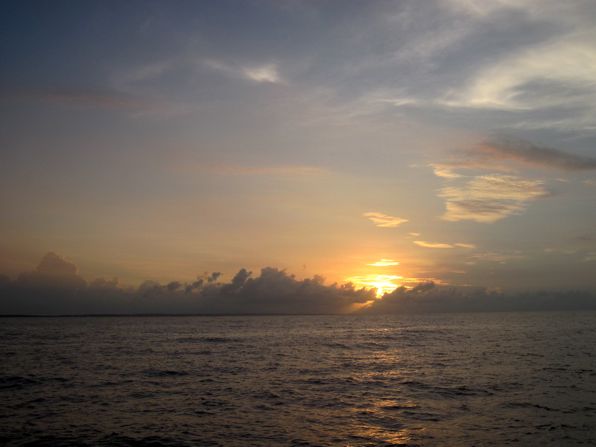 Even if it’s not super spectacular, sunrise after a night of sailing is cool. 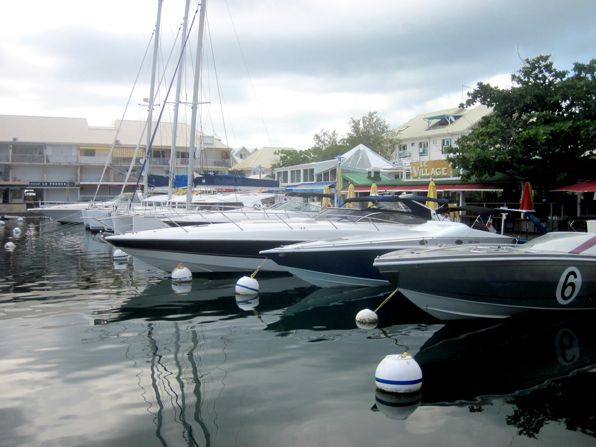 Scoping out “the village” 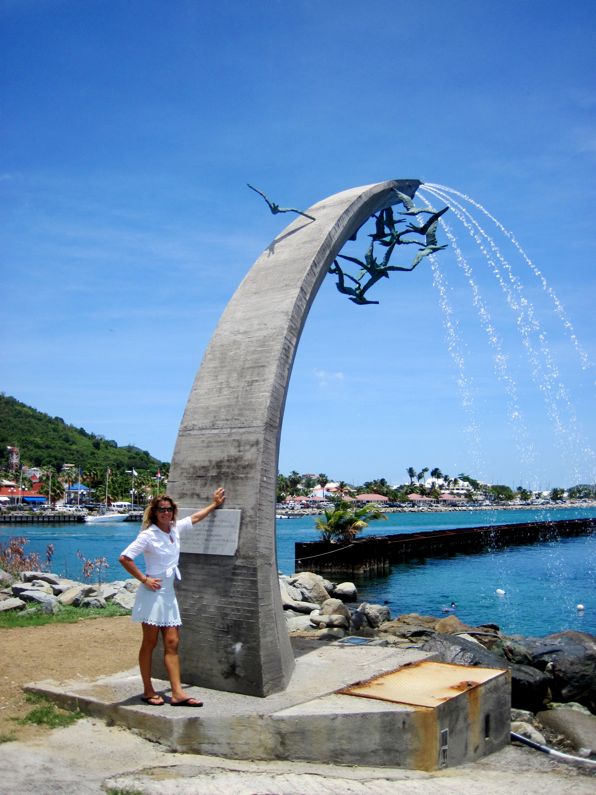 Cool fountain near the customs office. 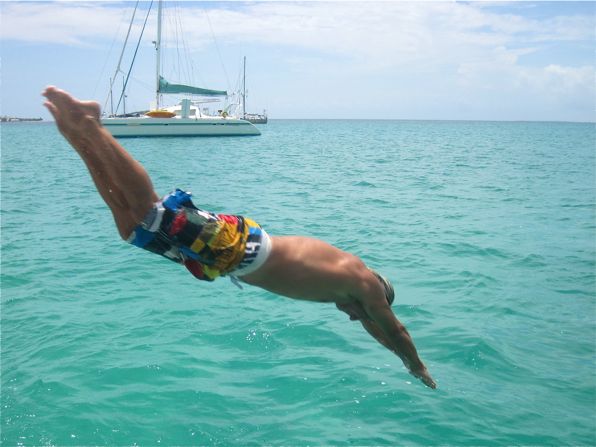 Cooling off after shopping. 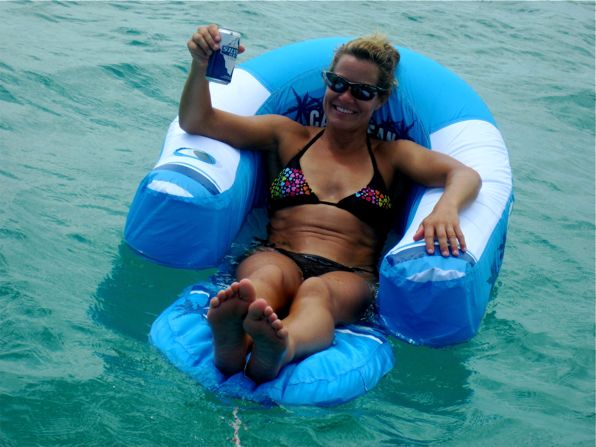 The new chair we picked of at Sam’s in PR. We wish we had purchased two of them now. 🙁 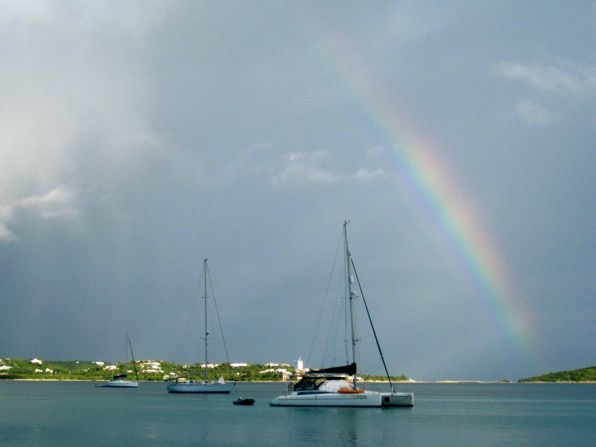 Waking to a rainbow after a calm night at anchor. 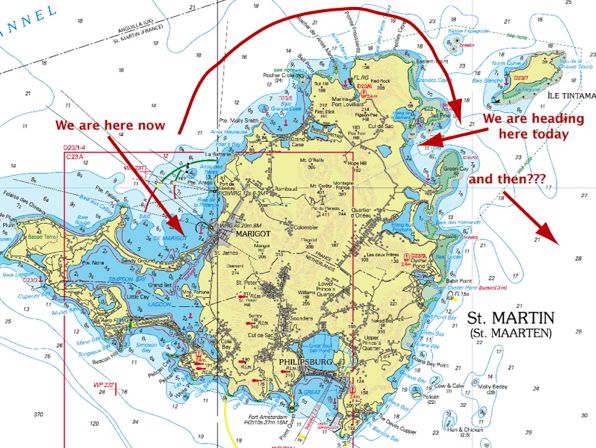 How to make it rain

Audience participation time. We could use some help.

And the windy fun continues