Spark, fuel and air, the three ingredients required for a gasoline engine to run. Determining which of those three is the culprit when things are not going well is sometimes the trick though, especially to amateurs like us. Our last issue with our port engine turned out to be spark related even though my initial guess was that the problem was fuel. That turned out to be the case with our most recent dinghy engine issue too.

As we set off for the relatively long dinghy ride to go meet our friend Aeneas to hike up the mountain on Friday, our engine appeared to be bogging down, refusing to get up on plane. We made it to the dock OK but we knew something wasn’t quite right. Sadly, the repair gnomes didn’t pay us a visit when we were on shore because when we returned for the trip back, the engine was behaving just as badly.

With so many fuel issues in the past, we just seem to gravitate towards that as an explanation for our woes. I removed the external inline fuel filter from the equation thinking that perhaps it was clogged. No luck. I inspected the fuel line for air leaks but didn’t see any. I was pretty much certain the carb was going to have to be cleaned. With all the experience I have with that job now, it no longer troubles me. The only issue was that we used up almost all of the carb cleaner that we had on hand.

Wondering what to do, it suddenly dawned on me that we had purchased a brand new carb in St. Martin for situations just like this. I should just be able to swap them, right? Almost right. It couldn’t be quite that easy. No, although the carbs were identical there was one plastic piece that had to be removed from the old carb and attached to the new one. That piece was fixed onto the carb with a tiny pin (I don’t really know the name for this type of pin). With some careful experimentation, I figured out how to drive that pin out and then, along with the plastic piece, install it onto the new carb. Phew. All I had to do now was install the new carb and all would be well, right? Hahaha… of course that’s wrong!

Sadly, after all that work, it still wouldn’t get up to power. It would start, and idle, although roughly, but not get us up to power.

Now just guessing for solutions, I decided to put two new spark plugs in the the engine. Guess what? VROOM! Our engine is back to being a rocket again. Neither Rebecca nor I would have ever guessed that was the problem. If we keep this up, before long we will be pros at this whole engine repair thing. 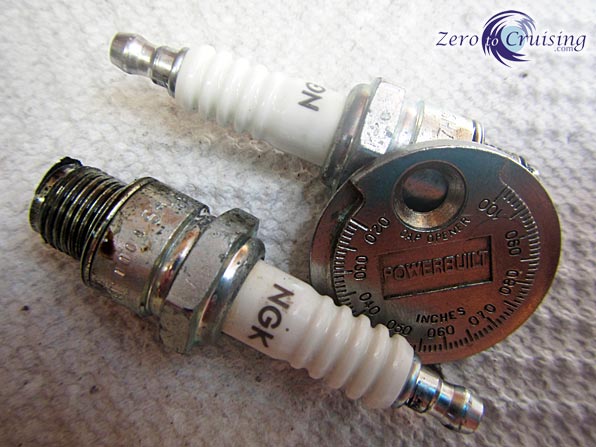 Do you have a spark plug gap tool? If not, get one. The owners manual says the spark plug gap can be 0.9 to 1.0 mm but according to our Yamaha wizard friend Mike, the 9.9 HP 2-strokes like the gap to be exactly 1.0 mm. 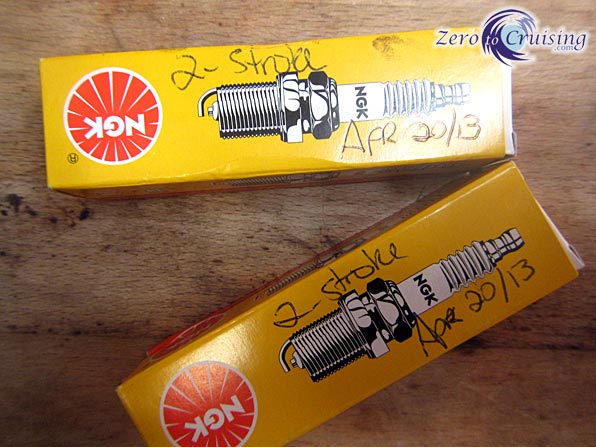 Old plugs get cleaned a bit and labeled with the date they are removed. 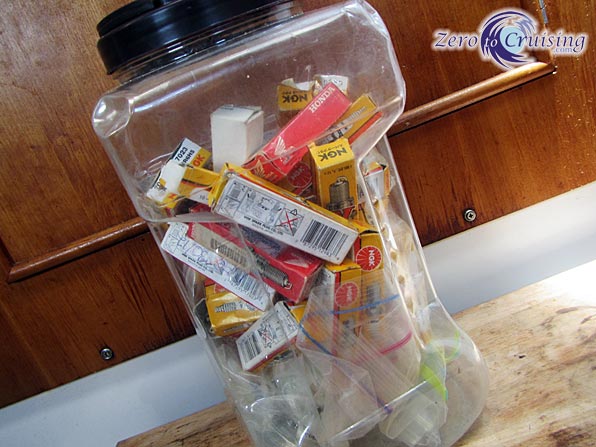 Funny side story on the outboard engine repair front. In the service manual that we have there is a troubleshooting chart which shows the possible causes for certain engines problems. Poor Performance, like we were experiencing, can be caused by countless things. The chart also lists Poor Deceleration as a potential problem. The funny thing is, it shows no causes for the issue. I guess if your outboard won’t slow down when you’re running it, you’re on your own as far as fixing it! 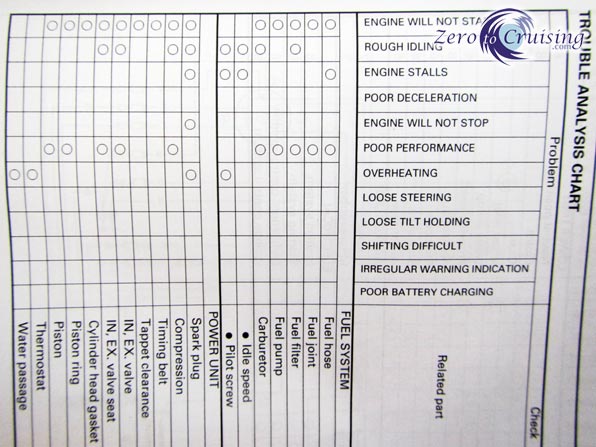 For those who prefer scenic shots to those of engine parts, the clouds actually lifted for a period of time yesterday and the sun came out. This is the first time we’ve been able to see the top of Nevis Peak since we’ve been here. 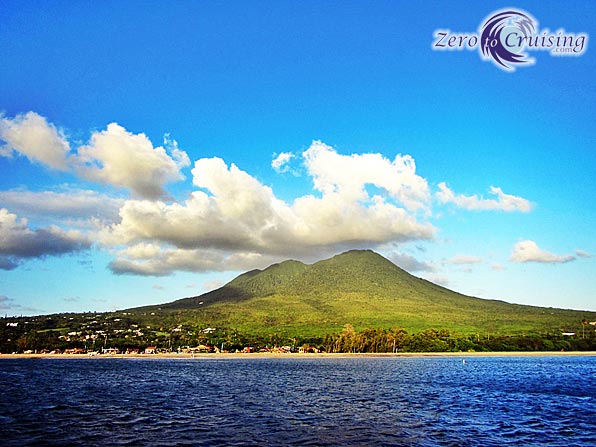 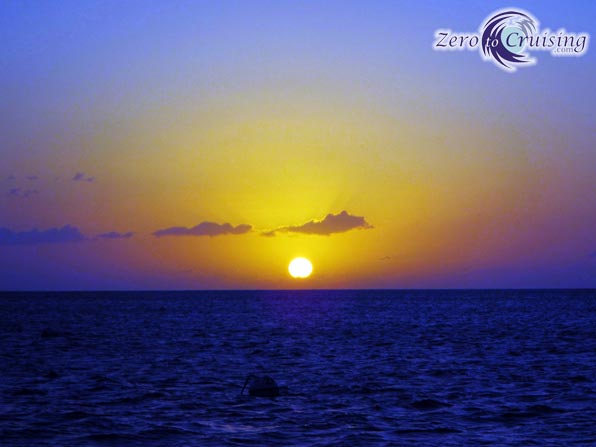 Good night sunshine. Thanks for coming out to play!