At 4:00 PM yesterday the French-organized Bastille Day Hash was scheduled to begin. At 3:00 PM the heavens opened up with what was perhaps this season’s strongest and longest lasting rain squall. It was raining so hard that even with our friend’s car’s wiper blades on full speed, it was difficult to see where we were going as we made our way to the starting point. There is no doubt that the rain kept some people away but in spite of that, 275 people still showed up to take part in what would turn out to be an awesome event. Fortunately the rain abated shortly before the Hash was to begin, it serving only to muddy up the trail a bit and cool the air. The latter was welcomed by all as the runner’s trail especially was long (over 5 miles).

Like all themed hashes, this one was extra fun with many participants dressing up in their best French-inspired costumes. As everyone knows, Rebecca and I are not at all competitive (cough – cough – BS) but we did do our best to play along. Rebecca spent several hours on the sewing machine yesterday, creating a nice beret for me and a French Maid costume for herself. Did it pay off? Absolutely. Not only did we have fun dressing up but we also won the contest, receiving a $60.00 restaurant gift certificate for our efforts. Formidable! 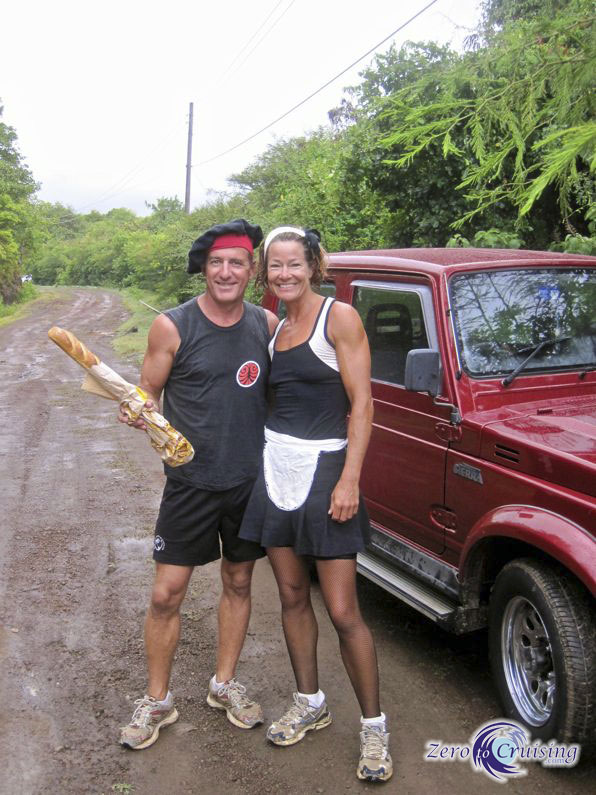 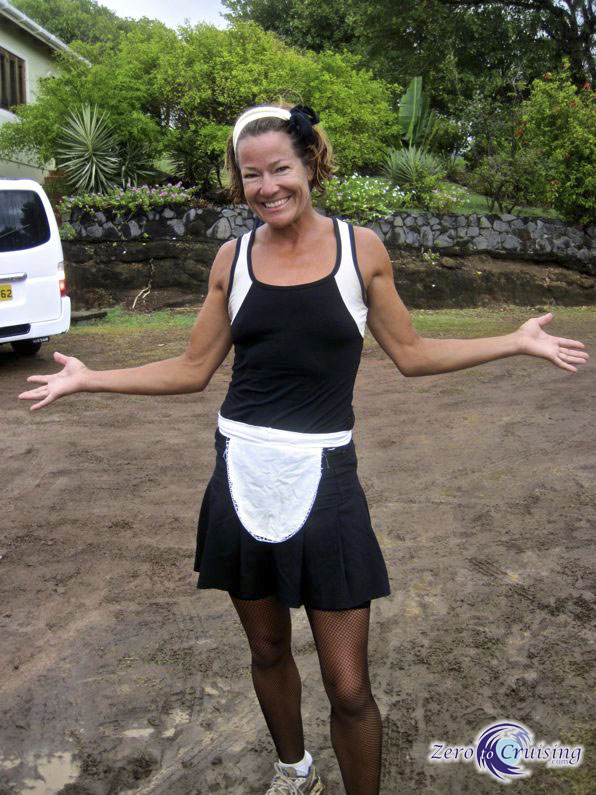 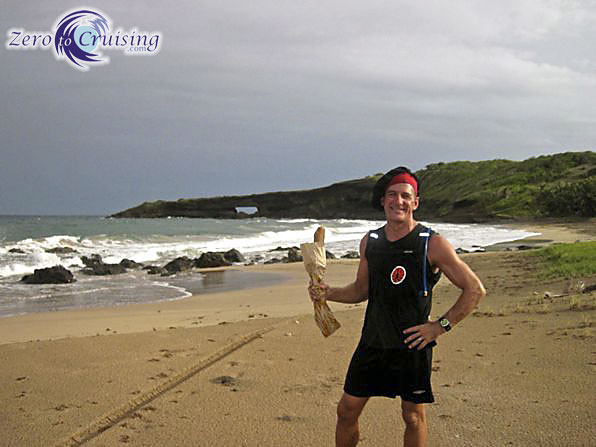 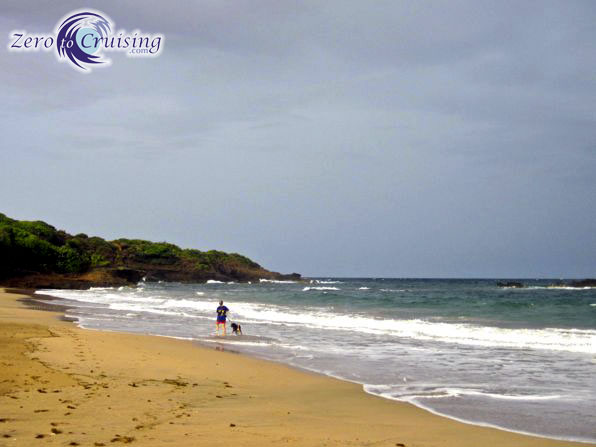 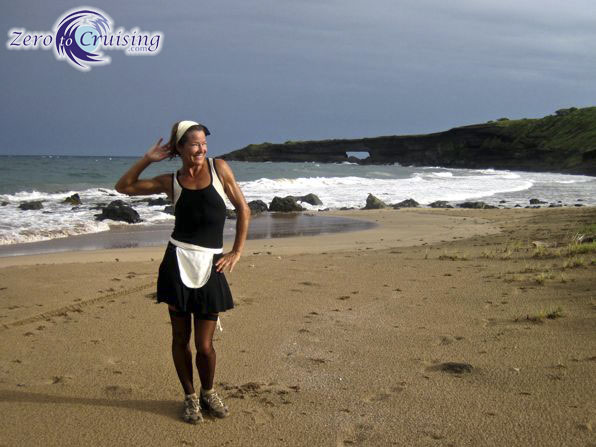 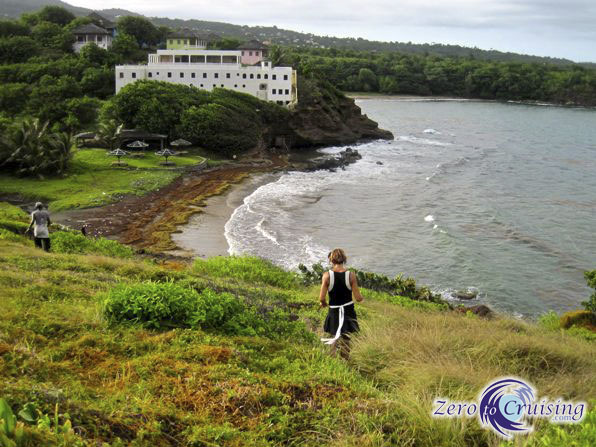 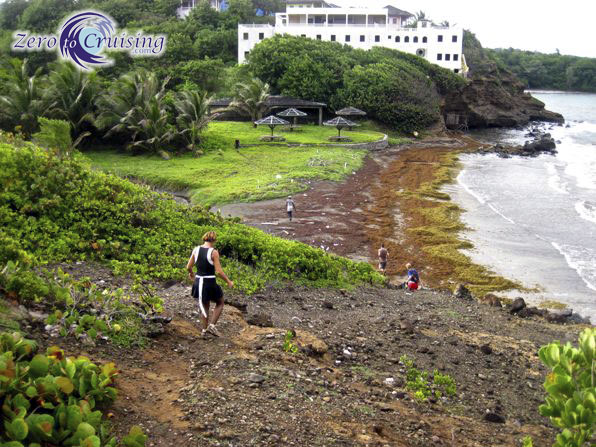 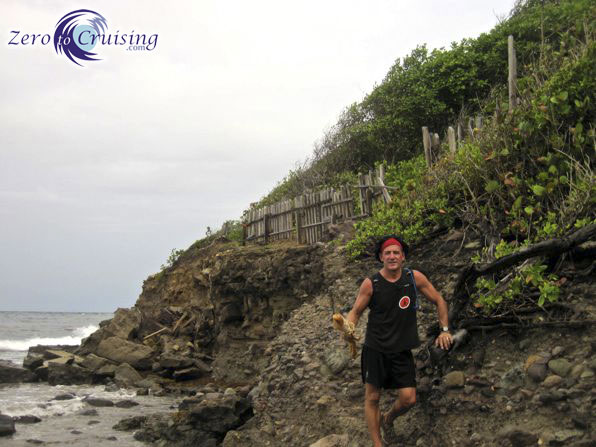 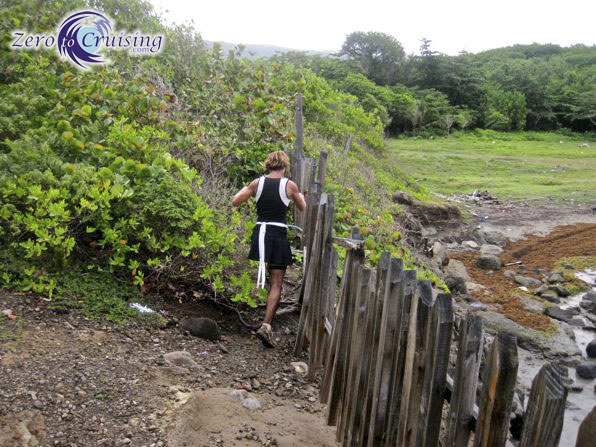 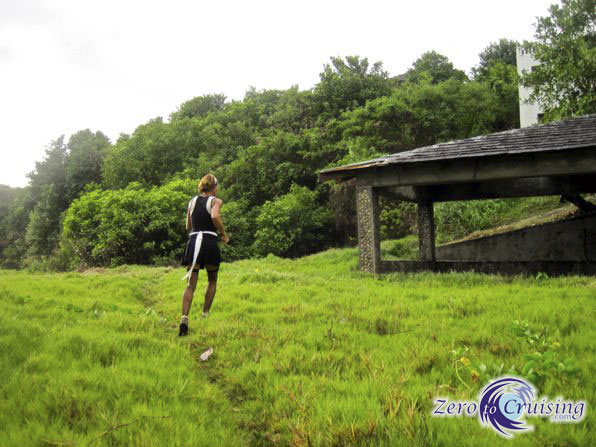 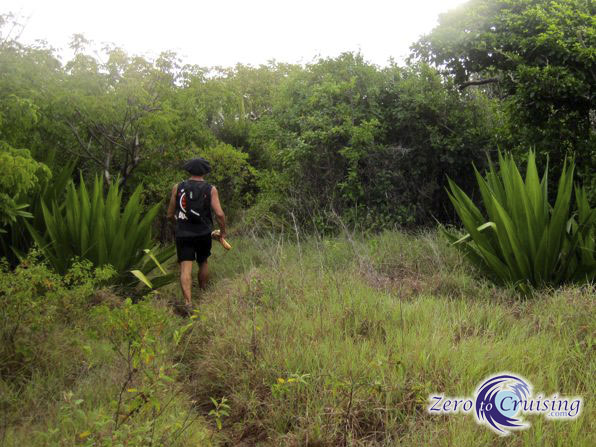 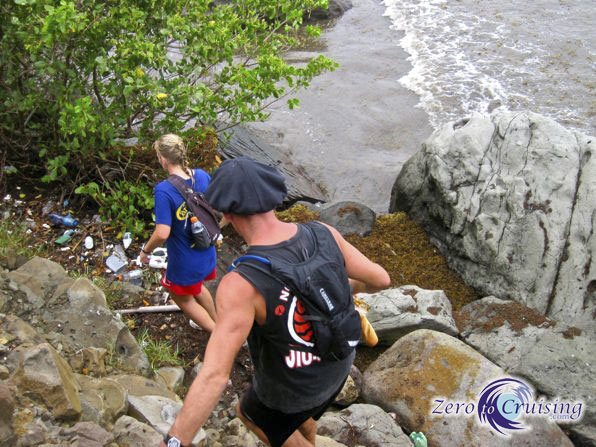 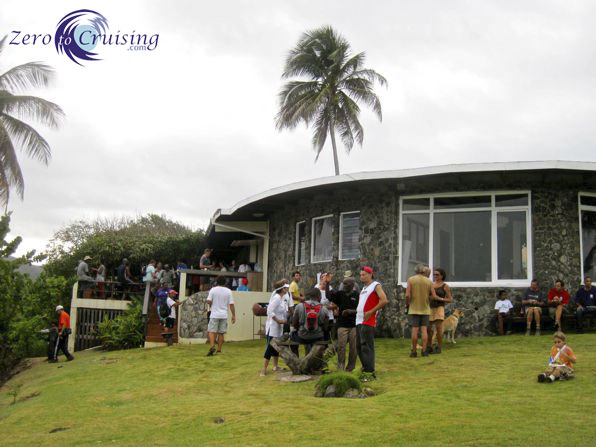 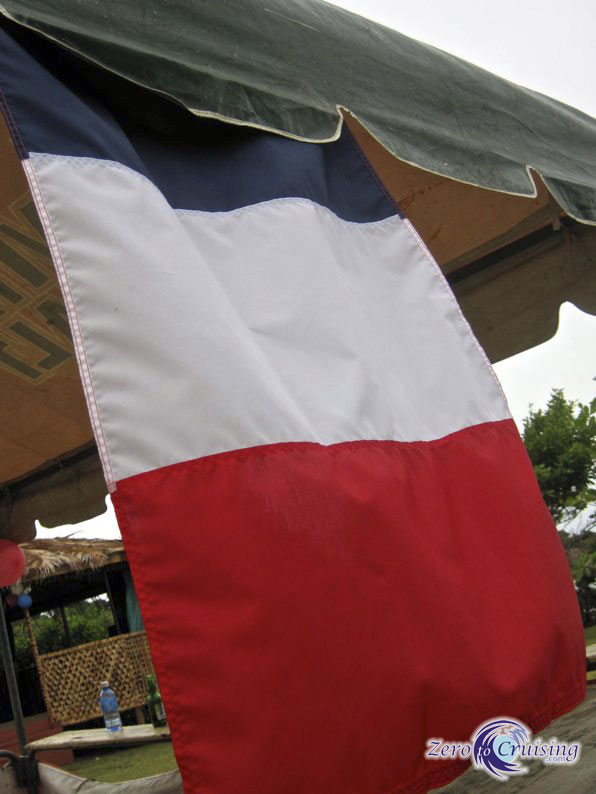 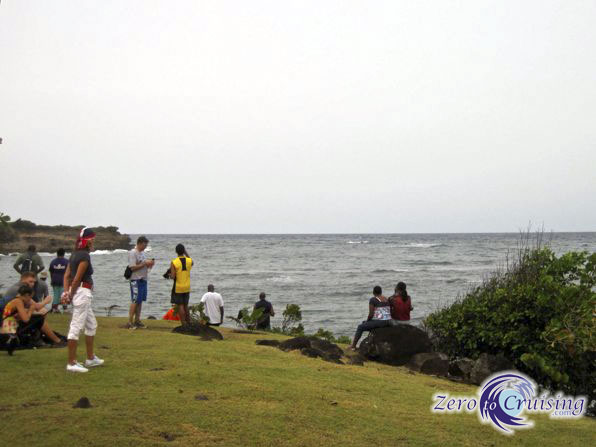 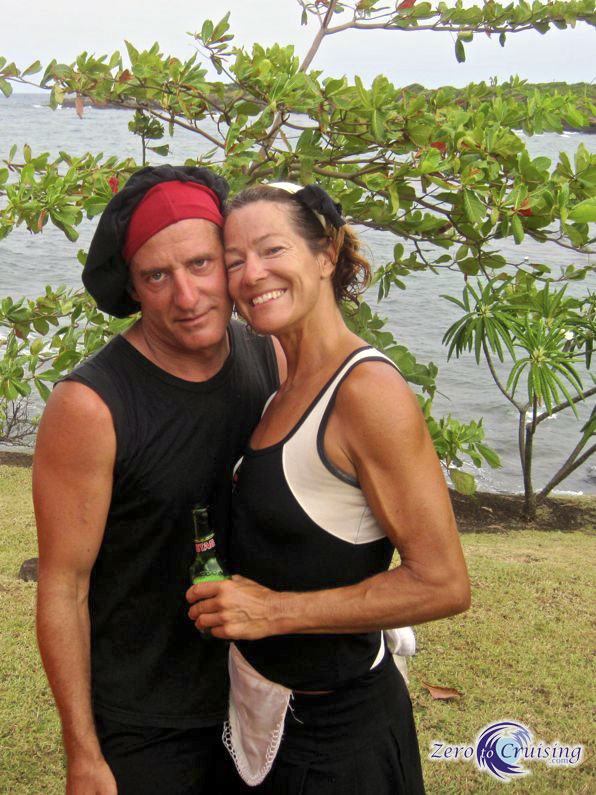 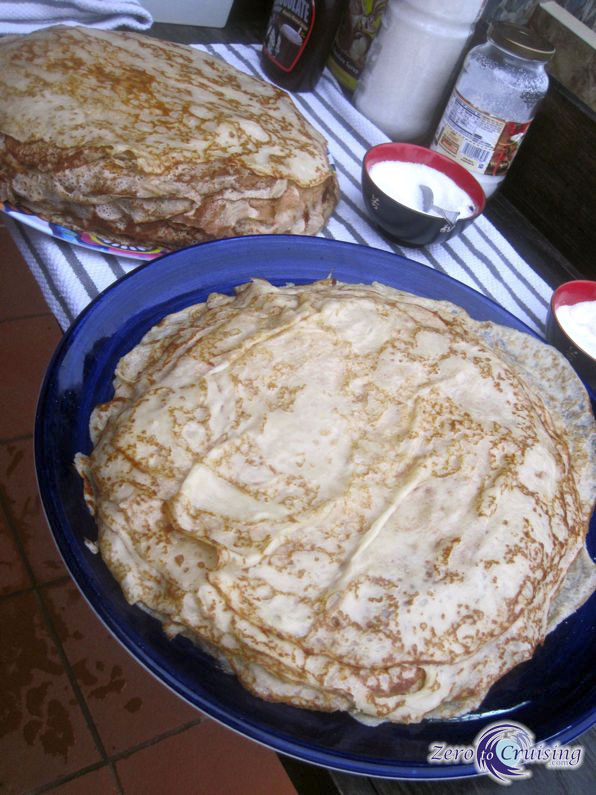 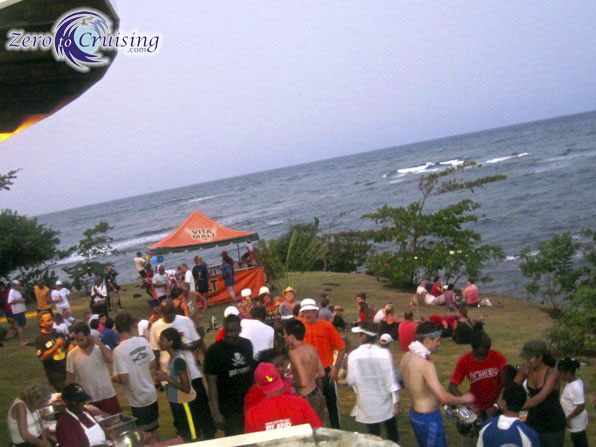 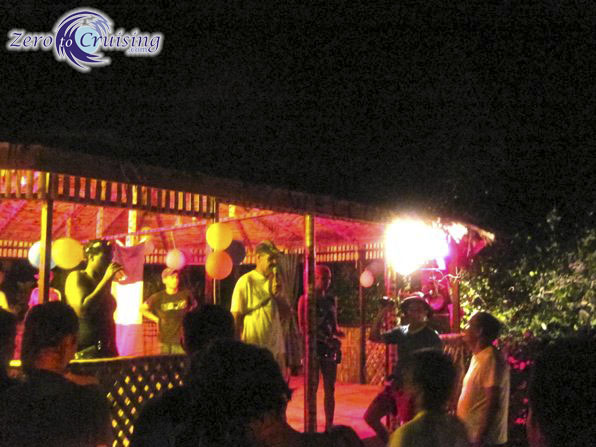 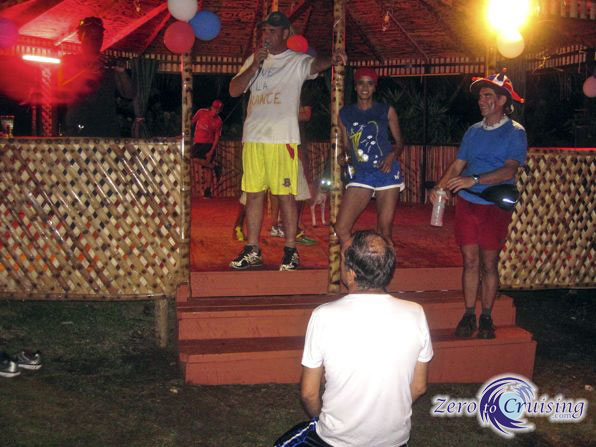 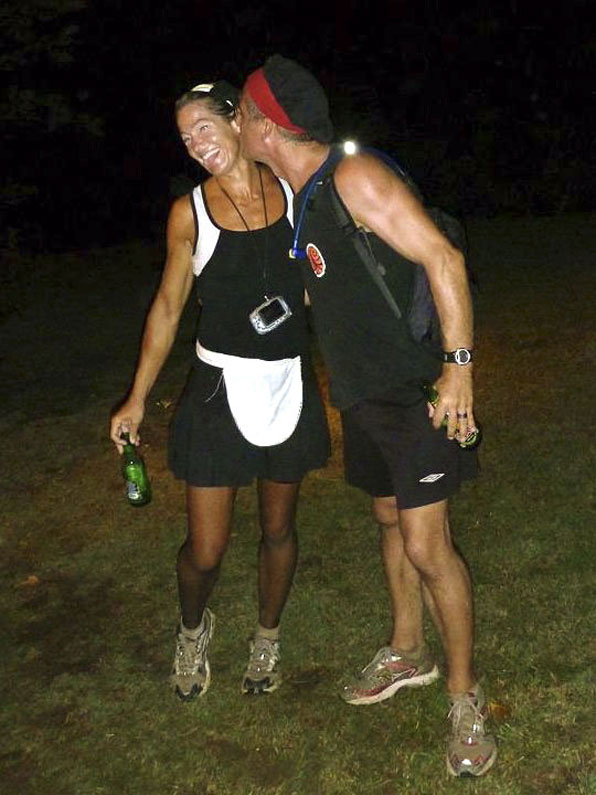 Selling stuff to cruisers is not easy!

It only took one time