I know the photo of our dinghy that I posted yesterday, with its very dirty waterline, offended the eyes of the perfectionists who read our blog. Even I’ll admit that the waterline, and the bottom that you couldn’t see in the pic, was pretty gross. It’s kind of surprising too considering that we raise the dinghy into the davits every night! Anyway, the Mother’s Day reprieve from chores was over and since it was looking so nasty, we decided that ticking “clean dinghy bottom” off of our long to-do list had moved up in priority. When we made our way over to the beach to do it though, the last thing we were expecting was a lesson in a new-to-us eco-friendly* method of completing the task!

Only seconds after we had removed the engine from the dinghy and flipped it over to begin cleaning it, Brother, the helpful local who fixed our outboard the other day, yelled to us and came over to say Hi. When he figured out what we were going to be doing, he told us that we could use coconut husks and sand for the job. Just as it did the other day, my bewildered look must have struck him as a plea for help. Not only did he go on to show us how to use the items that were lying at our feet to remove the barnacles and grime from the inflatable’s bottom, he spent almost an hour scrubbing it along side us! Why? Why does anyone do good deeds? 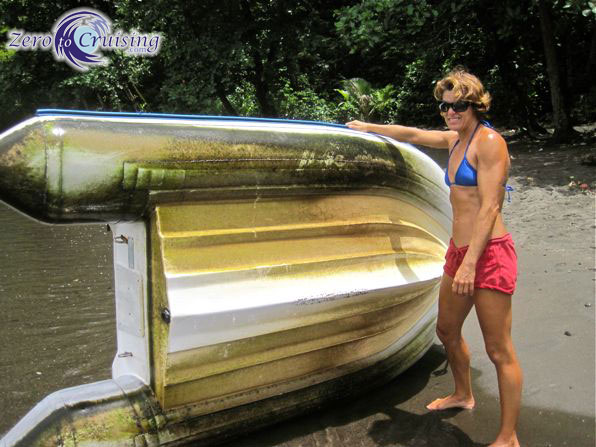 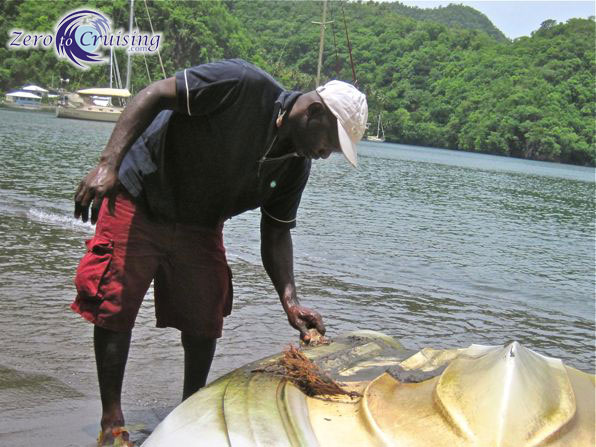 Throw some wet sand onto the hull and then scrub it with a piece of coconut husk. Voila! 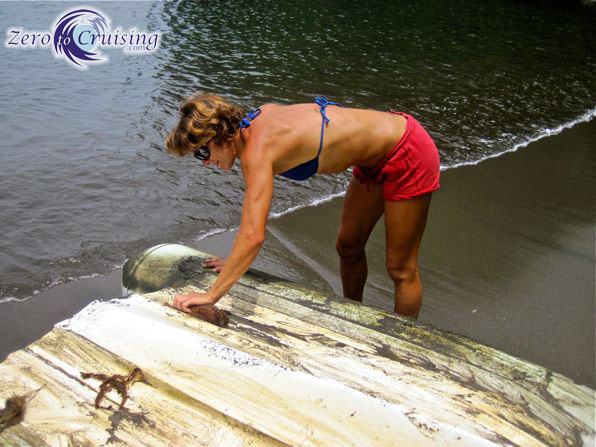 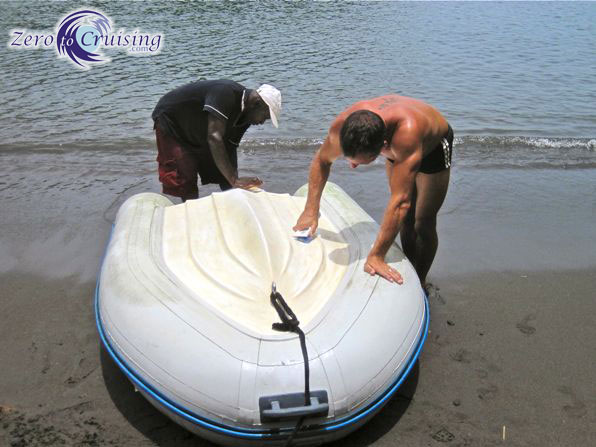 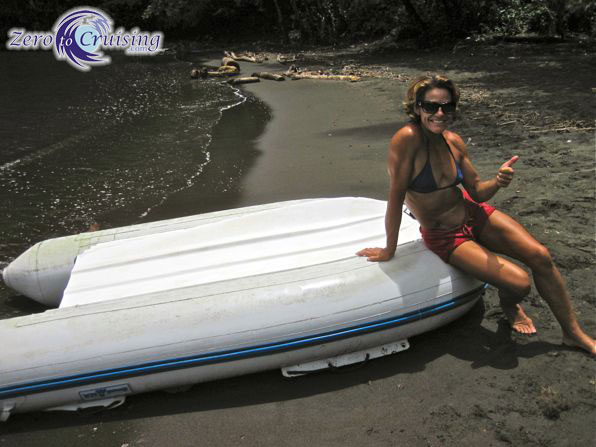 Later in the afternoon one of the boat boys, Ackneil, the young man who helped us with our stern line when we first arrived here, mentioned to us that he was having issues with the spark plugs in his outboard. Because we have a similar engine that uses the same ones, I offered him a couple of plugs that we had recently swapped out of our Yamaha (we keep the ‘old’ plugs that we replace after a certain number of hours, just in case). A little while later he came back and gave us a little fish that he caught in order to say thank you. How cool is that? We had the fish for dinner and it was very tasty! 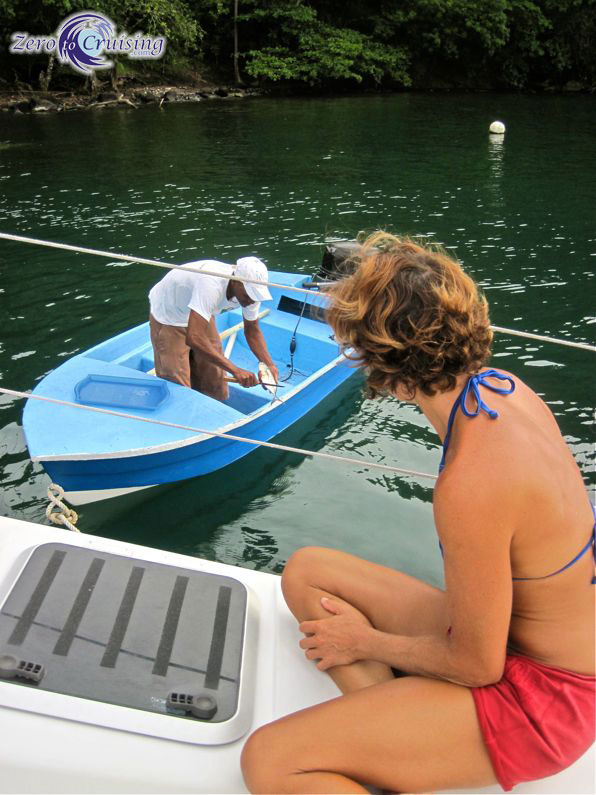 *Hopefully using an eco-friendly method to clean the bottom of our dinghy will bring me back into the good graces of any environmentalist who I might have upset with my fuel-spilling indiscretion. 🙂

I now pronounce you Tarzan and Jane

Reminiscing about the Bahamas