No matter which way you try to make it happen, sailing east along Grenada’s southern coast is a bear. When we first arrived on the island, we took a couple of cracks at it. Each time, after tacking back and forth for a couple hours and making virtually no headway, we would ultimately gave up and turn on the engines. Eventually, we resigned ourselves to the fact that sailing that leg was just never going to happen and thus, when traveling east, we would simply drop our sails and motor after rounding Point Salines. 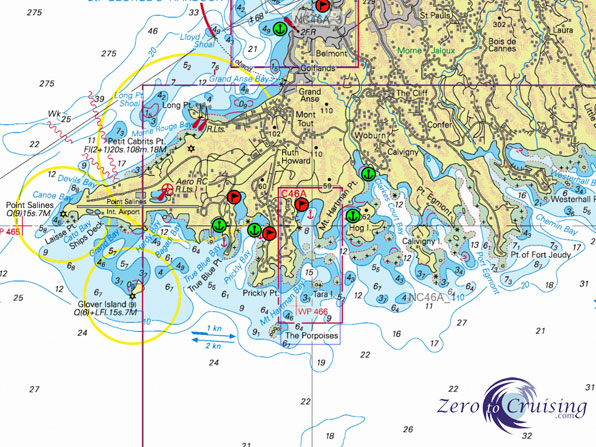 Yesterday, while on our way from St. George’s to Calivigny, we were enjoying the nice weather so much that we decided to try a different tack (notice how sailing terminology has made its way into common language?) and motor sail out away from the coast on an angle to see if that would be any better than bashing straight into the wind and waves. For a while it seemed as if we might have struck upon a solution but when we ultimately tacked back in towards shore, we found that all our efforts were for naught. Instead of being able to point to Calivigny as we thought we would, we were barely going to make the Porpoises, a set of dangerous rocks just off Prickly Point. Oh well, it was worth a try.

As we were in no hurry and the weather was nice, we decided to re-rig our GoPro HD Hero 2 camera

in the hopes of filming the video that ended up all foggy the last time we sailed there. This time, in the hopes of combating the condensation issue, I put the GoPro into its non-waterproof housing (it has several large holes in the back of it). This would have been a great solution if it weren’t for the fact that, just prior to entering the harbor, we were inundated with a pretty big rain squall. So much for that bit of timing. I guess the video will have to wait for yet another day.

Rebecca and I are now, once again, holed up in our favorite quiet harbor. With Carl having returned to the US, we’ll now being making plans in earnest for our trip to Trinidad. The truth is we have very little to do to prepare for the passage. We have fuel, food, money, charts, etc. The only thing we’ll be waiting for is a nice bit of weather with some more northerly winds and calm seas. Hopefully that comes along in the not-too-distant future. 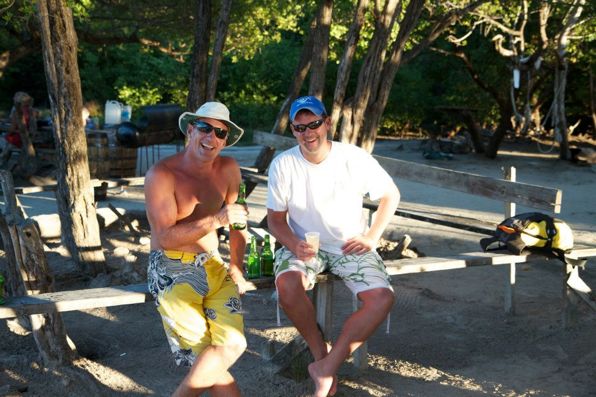 Carl and I at Hog Island. Another pic courtesy of Carlton Grooms. 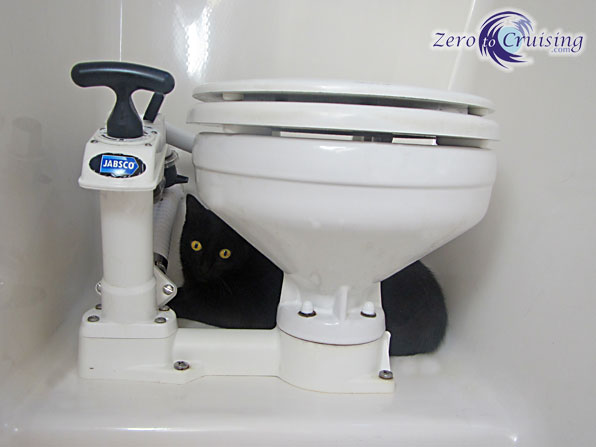 Samantha has found a new hiding spot while we’re underway. 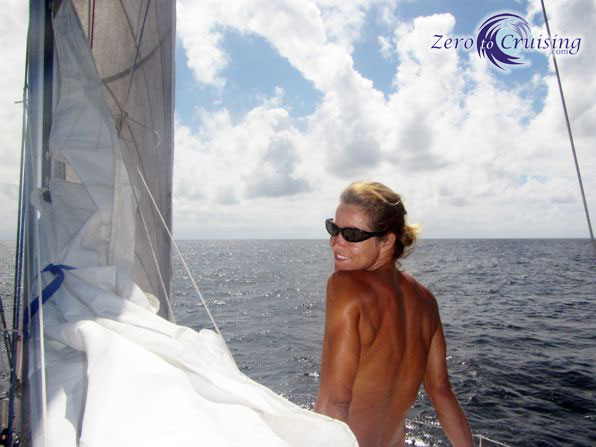 Rebecca has found a spot which is a bit less cramped. 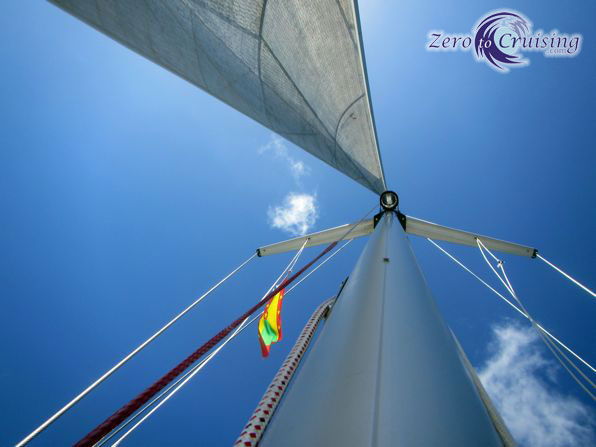 The weather WAS nice while we were underway. 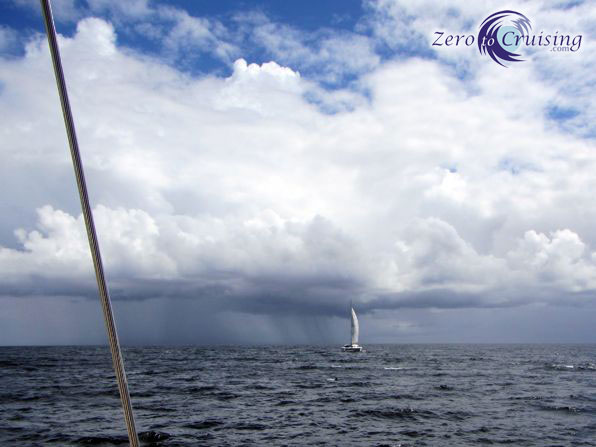 It only turned after I rigged the camera. 🙁