As I mentioned and showed in the post about our Katadyn install, we had a very large open locker (under the salon seats) that we could use for the watermaker. But as I said, the location is large, and is prime storage space and we weren’t ready to give it all up. I was concerned about storing any heavy objects in this location though because I was almost certain that in rough seas they would slide around and damage the expensive desalinator. Enter the baffles.

We don’t yet have our books on board (they are still in boxes in our truck, waiting for the completion of our new book shelf) so I can’t check to see in which one I saw this idea but the general plan was to subdivide the large locker to prevent things from rolling around. I used plywood for the dividers, cut to shape and then “lightened” by drilling a bunch of holes in them (every ounce saved in plywood allows for more beer to be carried). 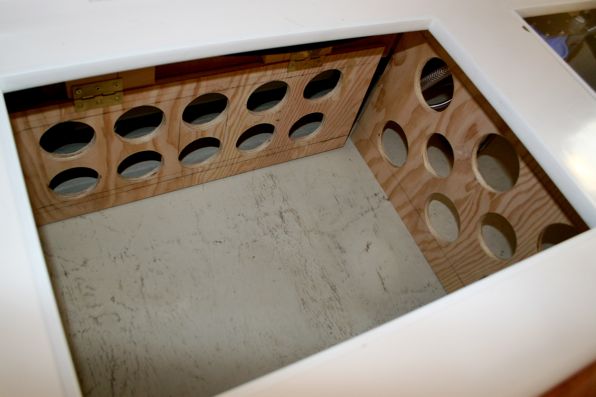 The left one in the photo has hinges so that it can be raised and the area behind it accessed. That system still need a bit of tweaking.
What will we keep in this location? Perhaps Rebecca’s brand new sewing machine that we purchased here. After seeing what our friend Terry can do with his sewing machine, and hearing his good reviews about this seller, we opted for a similar model, the Necchi 6110 Industrial Strength Sewing Machine. It may or may not have the same power as the Sailrite LSZ-1 that we initially coveted but it is half the price and just as important, half the weight! I am confident that it will do everything that we will want it to do, and more. Thanks Brenda and Ralph for the quick delivery. 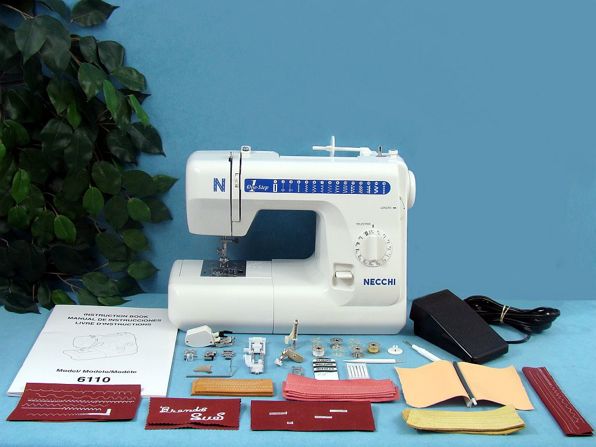 Safety comes at a price!