On the boat front, Rebecca and I have been having a few “challenges.” While there were numerous things that we expected to have to deal with on a 30+ year old boat, we have also been thrown a couple of curve balls, issues that we were not made aware of at the time of the survey. Because of that, for more than the past week, we have been living in a total state of disarray. For someone like me who does not do well with clutter to begin with, having to live on a boat with it torn apart is frustrating, to say the least. 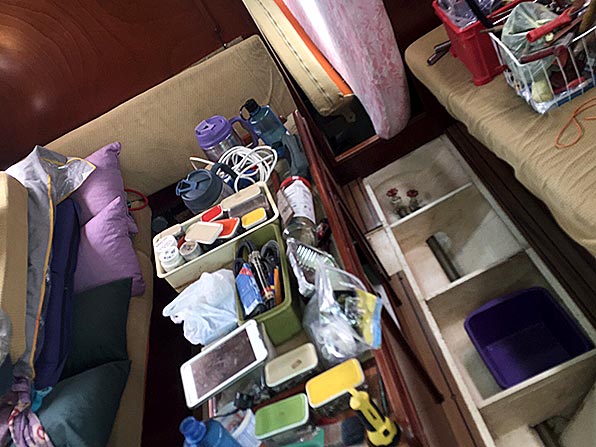 One of the issues that we’re looking to solve involves our rudder shaft. While inspecting the boat before purchase, I took note of a bit of water in an area adjacent to the rudder post. I was told by the seller that that little bit of water, a few inches deep, had accumulated over a period of months. We learned during the delivery trip home that this was definitely not the case, whether the previous owner knew about it or not. In fact, when underway, there is a fairly consistent drip of water from the top of the rudder post. After it raises to a certain level, it flows through a locker and into the bilge. Fortunately, at anchor, the leak stops. 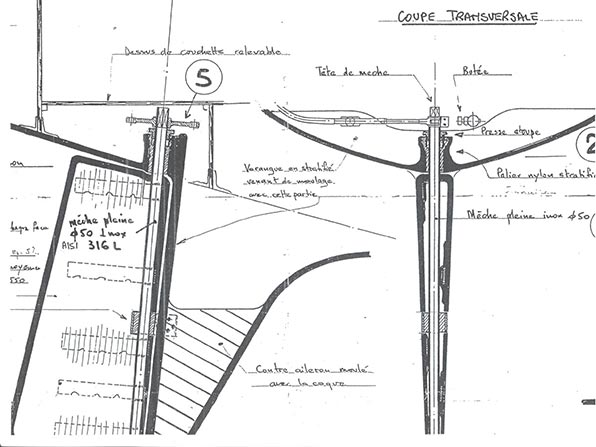 While studying the situation with a friend, we came to the realization that the rudder post has a type of stuffing box, and there is a large nut that, in theory, could be tightened to compress the packing material inside, hopefully stemming that flow of water. That is, if everything was working as it should. Sadly, in our case, it is not.

Looking at it from inside the boat, it appears as if the entire rudder post stuffing box has come unattached from the boat, rotating as the rudder shaft turns. It may be that the top bearing has seized onto the shaft. As you can imagine, this is a much more significant problem, and one that I believe can not be repaired without hauling the boat, and removing the rudder.

Were we prepared for this? No, but it is what it is. Boats are boats. We’ll deal with it. I will say that if this was the only challenge that we were having, life would be grand. Oh well. Everyone we speak to keeps telling us how great of a boat an Amel Maramu is so, as tough as it is, we’re trying to remain positive. 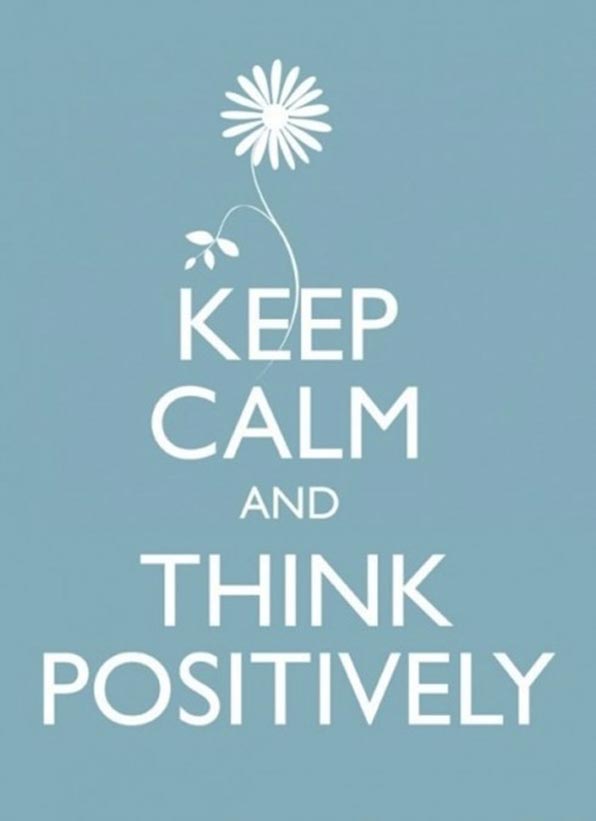 To recharge our mental batteries, we’re taking a holiday today. Rebecca and I, along with 20 or so other cruisers, are heading up island to go tubing!

We must be crazy!

Knot of the Day