Textbook perfect is probably the only way you could describe our anchoring job at Kerr Bay. Unlike the schmozzle at Stella Bay, Rebecca and I looked like pros this time. Here is one thing we have figured out though: get to the anchorage early! We did so and thus not only had our choice of anchoring spots (nice and close to the shore because our boat only draws 3 feet) but we also then got to watch everyone else’s anchoring jobs (and critique them from the sidelines). 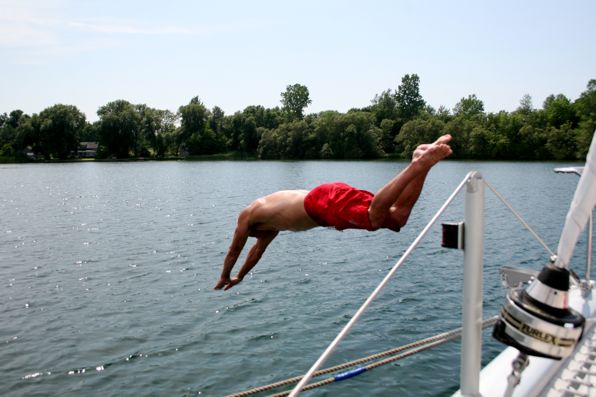 Kerr Bay is a fair amount bigger than Stella Bay and seemed to be a bit windier by comparison. This could be because it is less sheltered, or the winds were just higher. Regardless we had such a perfect spot and were enjoying ourselves so much we just decided to stay and spend two nights as opposed to one. In fact, the only reason we are back here now, updating this blog, is we needed to re-provision and recharge the batteries (the batteries likely had plenty of charge left in them but we really don’t want to chance running out of power and not being able to start the engines).

So, how did we spend our time while “on the hook?” We started off with a workout of course, using our TRX. In fact, we had some fun and video taped the whole thing. When I get a chance next week I’ll edit the footage and post it up so people can figure out what this TRX thing is all about. We read on cruising forums all the time about people wondering how to keep in shape while on their boat. This is definitely a great way!

We also decided to bust out our new snorkeling gear and see how it works. Verdict: It works, but the water was still way too cold to be wanting to snorkel around for a long time.

A bit later we dropped the dinghy off the davits to cruise it around the bay a bit. How appropriate that it would allow us to get about as far out in the bay as we could get before the engine died! Note: engines do not typically put flashing red lights on them just for decoration. Do not ignore them! We didn’t actually ignore it though. We just didn’t see it until after the engine quit! How fortunate that I happened to put both oars in the boat before we went out. Now we get to find out what a great workout rowing your dinghy can be.

Once back to Katana we commenced with the engine troubleshooting. Could we have run the engine without oil and thus now have a big new anchor, or could we just be out of gas? We checked both, topping up the gas and verifying that there was indeed oil in the motor. Vrroom. It started right back up, sans flashing red light. I guess it was gas. 🙂 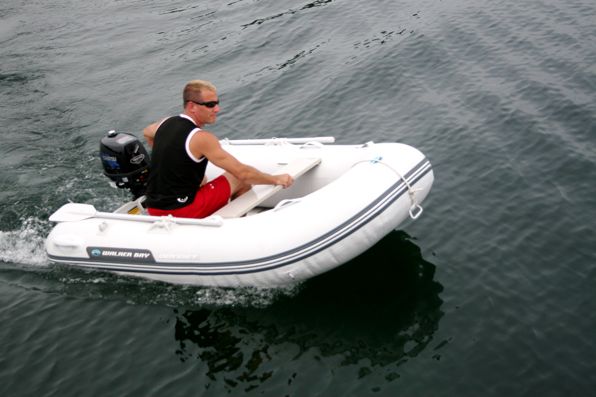 I am going to cut this post short as we need to get our “stuff” in order so that we can get back out on the water today. Stay tuned for more “trial and error, and success” fun! 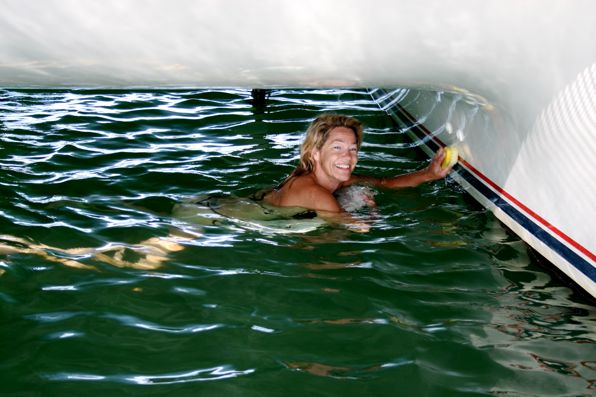 Taking advantage of our time on the dock

Under promise and over deliver