It’s been raining a lot the past couple of weeks, and it poured nonstop for several hours yesterday afternoon. In fact, I’d guess that we’ve had more rain the past month than we have had the rest of the rainy season combined! While inconvenient for land excursions or outside projects, the rain is great for rinsing the salt off the boat, and people who catch rain water for drinking, etc. love it.

While we haven’t been collecting rain water on Frost as of yet, for the first time yesterday, I decided to test and measure the rain catchment system that came built in to the boat’s bimini. It’s a simple system, with two nipples in the overhead structure which direct water into hoses that can be inserted into a Jerry can, or directed towards our water tank. With no need to catch water up to this point, I haven’t given it much attention, and to tell the truth, I didn’t think that it would work all that well. 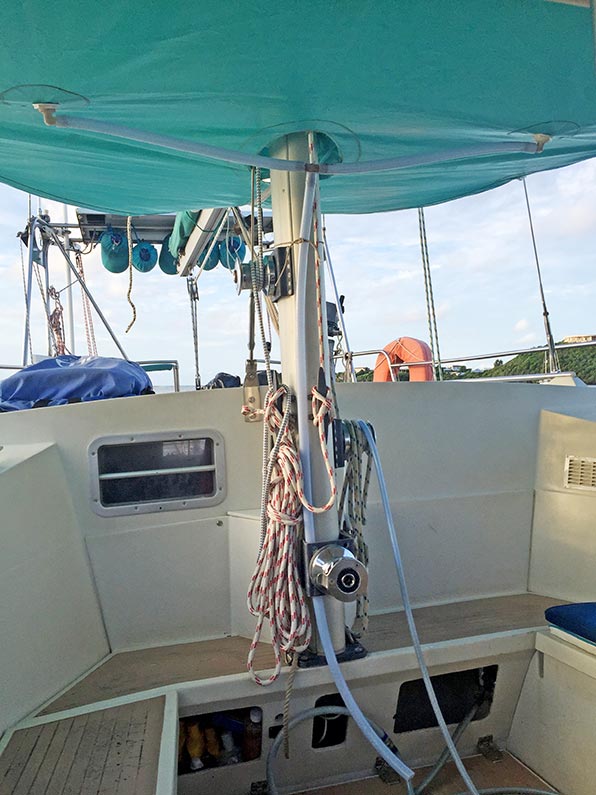 What we discovered was that in four minutes, it filled a 1 liter container. Extrapolating from that, it would take 16 min. to collect a US gallon, and 80 min to fill a five gallon Jerry can. It was raining quite a bit harder before I took this measurement so I suspect it could do better in a big downpour. The system isn’t great but I was pleasantly surprised at the results. If the angle of the bimini was adjusted so that the nipples were at the lowest point, I’m sure the amount collected would increase substantially. 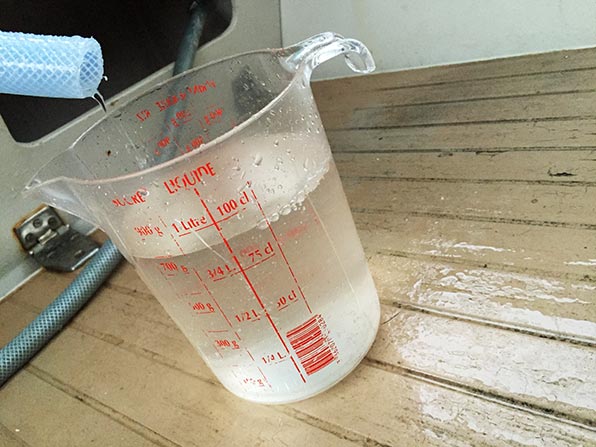 When I think about it, the way that we collected to rain water on ZTC was dead simple, but it worked like a charm! Speaking of ZTC, it’s worth nothing that we just lowered the price on our PDQ 32. It was more than fairly priced before but now, after having the price reduced by $2100.00, it’s a ridiculously good deal! Don’t be a dreamer, be a doer. Buy this boat and start creating lasting memories. If you like, you could start your own blog just like this one! 🙂 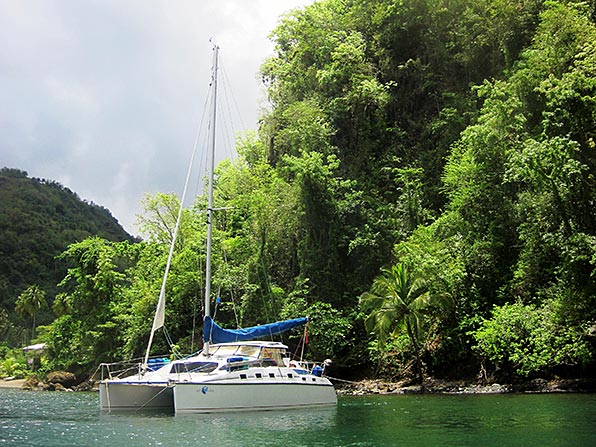 ZTC’s 3′ draft makes it easy to tuck in closely to shore.
Who can guess where this photo was taken?